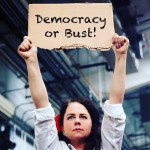 Spare tire. Check. Oil change. Check. Bar of white soap for drawing hashtags on car windows. Check. Place to stay tomorrow night in Lincoln, NE? No idea, but there’s a Facebook page for that. I’m about to embark on a journey from Boulder, CO, to Philadelphia, PA. I will be part of a cross-country caravan of progressive activists traveling to the Democratic National Convention. It’s already exhilarating, and I’m not even on the road yet.

Place to stay my first night in Lincoln, NE? No idea, but there’s a Facebook page for that.

I’m about to embark on a journey from Boulder, CO, to Philadelphia, PA.  I will be part of a cross-country caravan of progressive activists traveling to the Democratic National Convention. It’s already exhilarating, and I’m not even on the road yet. 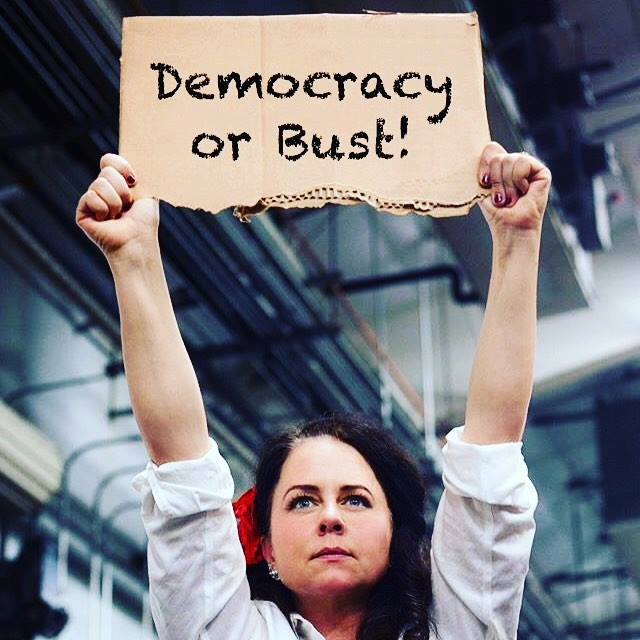 The caravan is a project called UpToUS, which came to life less than two weeks ago when actress Shailene Woodley (The Descendants, Divergent) put out a call to action on social media.

It is sponsored by the non-profit organization Be The Change, a collective of artists with a mission to support activist movements around the globe.

The organizers of UpToUS are also interwoven with an informal group that identifies as the Medicine Tribe. The name is a reference to the band Nahko and Medicine For The People. Tribe “members” are not just fans, but people who are inspired by the life-affirming message of MFTP’s music and who have built a virtual community to connect with and support one another.

And I am your embedded reporter on this trip. On this journey, hundreds of members of this scene will have the chance to meet each other in the flesh for the first time. Although our destination is a political event, there will be activists present from all progressive frontiers. Common causes include environmentalism, racial justice, gender equality and LGBTQ rights, indigenous people’s rights, economic justice, and more.

According to the mission statement on the UpToUS website, the goal of the project is to “visually display the mass amount of us who are done being fed the current narrative of suppression. To show our government, mainstream media, and the powers that be that regardless of the corrupt nature our system is attempting to preserve, we will lay idle and remain complacent no more.”

There are two planned caravans heading to Philadelphia: one starting in Portland, OR, and one in Los Angeles, CA. Both will move across the country over the course of a week, stopping in major cities each night and picking up cars and people before hitting the road the next day. Community events are planned for every evening, with focus on issues relevant to the local communities: for example, indigenous rights in Rapid City, SD; and police brutality in Ferguson, MO. 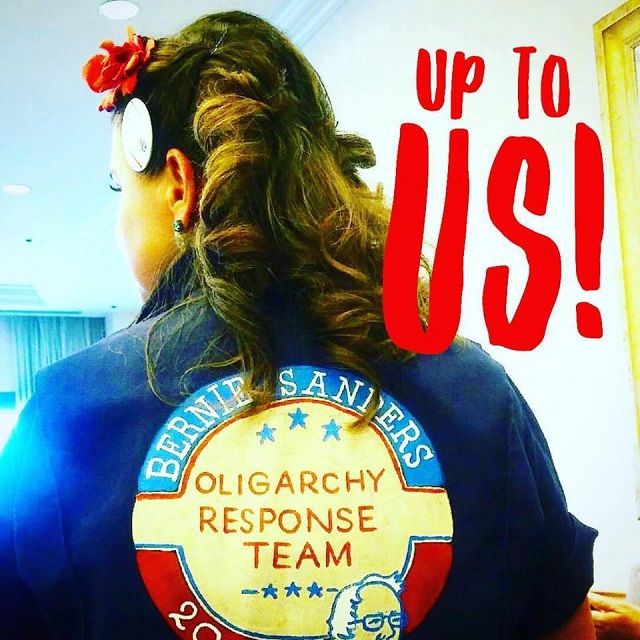 In the style typical of modern activism, the caravan is being organized almost 100% through social media.

The UpToUS team created Facebook event pages for each city we will stop in, where community members can both find and offer rides, housing, warm meals, and other types of support.  Discussion sections are buzzing; if you wanted, you could watch in real time as connections are made and plans are solidified.  The entire project is an idea that is becoming reality at a fast-forwarded pace.

We live in a highly polarized place and time. I will be reporting to you from one end of the polarity. The overwhelming majority of people on this journey are passionate believers in the inherent goodness of humanity and in the possibility of a better world. They speak, sing, write, organize, educate, work and live with that goal in mind.

It is not the whole picture – but it is a picture that is just as real as the carnage and oppression that pour out of our television screens.

The UpToUS mission statement begins: “With all the violence and heartbreak occurring in the streets of our nation, there comes a point where we must take the fear, the loss, the anger, the defeat and transmute it into HOPE, LOVE, PEACE, AND ACTIVATED ACTION.  This is how we will truly make a difference. We now have an opportunity to SHOW UP with LOVE and demand systemic reform.”

Over the coming week, we will get a glimpse of what that looks like in action, and what kind of a difference can be made. Then you’ll be hearing what I have to say from outside the Democratic National Convention, here and on Planet Waves FM.

3 thoughts on “On the Road With the UpToUS Caravan”