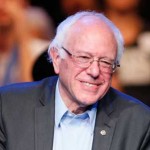 This week’s edition looks at the current polarization in American politics and its relationship to the Great Attractor, which is being highlighted by Saturn. Eric explains what may be behind the fervor with which the voting public are backing two entirely different presidential candidates. 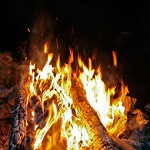 Early Thursday morning, the Sun passed the midpoint of the sign Aquarius. In the old calendar, this is the sabbat of Imbolc, one of the four cross-quarter days. Said simply, we’re at the midpoint between the winter solstice and the spring equinox — at least here in the Northern Hemisphere. 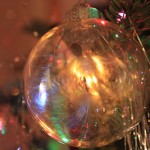 We reached the solstice yesterday; the Sun is now in Capricorn. Days begin to lengthen in the Northern Hemisphere (and shorten Down Under). Though it will be a while before the day length is noticeable, the night sky is currently graced with a waxing Moon adding some nocturnal light. 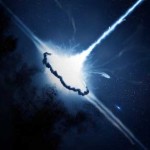 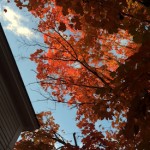 In tonight’s edition of Planet Waves FM, I examine the Libra New Moon chart and what it tells us about our personal relationships in the age of the robot. Then I cover the O+ Festival in Kingston, NY. Finally I tell a strange tale from the latest Mercury retrograde. 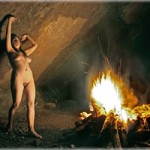 Someone just asked me how tonight’s Aries lunar eclipse will affect them. They tried to look it up on the internet and didn’t find any useful information. I think it would be good to clear up a misunderstanding here — astrology works differently than that. 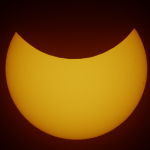 Early Sunday morning (in EDT, later Sunday in Europe and the UK) there was a partial eclipse of the Sun in Virgo. This is a delightfully busy chart, hinting at all kinds of things about to happen this week — Saturn changing signs, Saturn square Neptune, Jupiter opposite Neptune, Mercury retrograde — things, as in […]

In tonight’s edition of Planet Waves, I reprise Neil deGrasse Tyson and consider what he does not know about biology. I assess a segment from an XM program called Sway in the Morning wherein Tyson reveals he does not know now long human gestation takes.