Former Secretary of State Hillary Clinton, Vermont Senator Bernie Sanders and former Maryland Governor Martin O’Malley faced off Saturday in the third Democratic presidential debate. We are honored to offer this broadcast as part of our affiliation with the Pacifica Network. 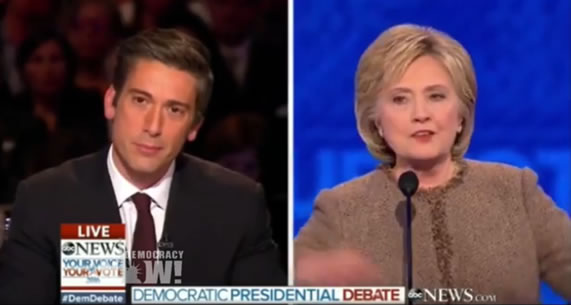 Today’s edition covers the third Democratic debate, in which Hillary Clinton and Bernie Sanders battled over foreign policy. The Sanders campaign has also accused the DNC of attempting to undermine the Vermont senator’s campaign, following a row over a data breach; Martin O’Malley’s team has joined criticism of the DNC for the way in which debates were scheduled. Other highlights included Clinton and Sanders responding to questions on corporate America.