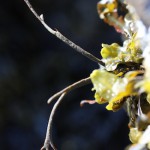 We’re in the thick of Mars in Cancer making “the” aspects of the season (and of the year): oppositions to Saturn and Pluto in Capricorn, which themselves are headed toward a stunning conjunction in January. We’re also building up to a Full Moon in Sagittarius on Monday. Amanda Painter considers the karmic implications of both, and why you might want a camera.

As you may be aware, we’re in the thick of Mars in Cancer making “the” aspects of the season (and of the year): oppositions to Saturn and Pluto in Capricorn, which themselves are headed toward a stunning conjunction in January. We’re also building up to a Full Moon in Sagittarius on Monday that appears to carry some profound themes. 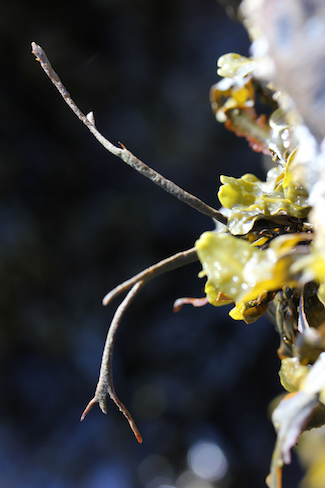 Speaking broadly, that’s a lot of energy looking for a way out, and it’s likely to find its expression in your relationships with other people. The Mars aspects indicate navigating the difference between empowered interactions and power struggles — with a layer of karma-fueled growth pointing toward new territory. The Full Moon, taking place on the ‘mental/spiritual’ spectrum, also carries its own karmic twist, which you may be able to apply to your relationships.

First, a refresher of the Mars aspects. Tomorrow (Friday), Mars makes an exact trine to Neptune in Pisces and makes its exact opposition to Saturn in Capricorn; on Wednesday, June 19, Mars opposes Pluto and heads toward Eris. All of these aspects have been in effect and growing in strength for a number of days already; you may find it useful to review Eric’s coverage of the themes from earlier in the week.

There’s potential here to experience a ‘slow burn’ kind of anger or irritation; the sort of thing that can seem easier to internalize rather than express because it’s not a clear-cut, explosive kind of reaction. Particularly with Mars in Cancer, the desire to side-step confrontation may increase, or could seem to cycle through phases of self-defeating thoughts like “it wouldn’t make a difference anyway,” and phases of determination to make your will (and feelings of frustration) known.

Where’s the sweet spot? Somewhere between indirect passive-aggression and full-on meltdown directed at the person who seems to hold all the power and authority, there’s likely a way to do what you need to do and say what you need to say that’s balanced, grounded, centered and confident. In other words, without being emotionally violent either to yourself (through stuffing your feelings), or to the other person should you reach a breaking point.

It’s possible that speaking or acting from a place of inner security in such a situation constitutes new territory for you. That can feel a little scary, but it appears to hold the most potential for growth and a mutually mature outcome. It may require curiosity and a bit of courage to try it out, as it may feel like a vulnerable position compared to the way that unleashing anger can feel like strength — though it often indicates insecurity.

Mars trine Neptune does not tend to be a very high-energy aspect on its own, but in this situation may describe a softening of the edges of whatever ego drives are at play. Combined with the ‘care-taking’ potential of Mars in Cancer (that is, the co-dependent way of doing more for loved ones than is truly emotionally or spiritually healthy for either party), this does raise the issue of sliding into a ‘savior’ mindset or role. If you feel called to help others, try your best to be sure the assistance is actually needed, and that you can offer it without expectations attached.

Mercury making these same aspects on Sunday describes an increase in sensitivity to one’s environment and the people in it. You may wish to be wary of over-thinking annoying or disappointing situations, though ‘practical’ thinking on how to move something forward may benefit from an infusion of imaginative wandering (or seeking advice from someone older/wiser whom you trust). Jupiter making a square to Neptune looks like it should help with some optimism — even if you cycle through moments of feeling challenged in your ideals.

Now, for that Full Moon: the Moon enters Sagittarius on Saturday at 5:03 am EDT (9:02:58 UTC). Monday morning it will finally pull into position to oppose the Gemini Sun, late in their respective signs (25+ degrees, also known as the 26th degree).

Hanging out nearby are the asteroid Chaos in Gemini (conjunct the Sun) and the center of our Milky Way Galaxy, also called the Galactic Core (GC) conjunct the Moon. Chaos is named for the primordial, creative state that birthed the universe in Greek myth. Many astrologers associate the GC with a kind of soul-level ‘homing signal’. Right off the bat, this suggests to me an especially fertile — even cosmic — meeting of mind and spirit. Given the apparent density level many people are operating at, however, I can also see how this arrangement could be confusing and chaotic for some, or simply unfathomable for others.

I don’t think this Full Moon is going to be a moment of magical awakening for anyone who’s committed to staying asleep. It might, however, offer an opportunity — even an imperative — to those who are trying to wake up and are looking for their next steps. Thanks to a cluster of asteroids in Pisces, this event could offer more than the typical mirroring we often experience with other people during a Full Moon, including the attendant sense of heightened emotional confrontation or deadlock.

Within about a degree or so of an exact square to the Sun and Moon are: Borasisi (issues around belief, including believing the lies we tell ourselves to feel better — named after a fictional deity in a Vonnegut novel); Karma (exactly what the name implies); Photographica (photography, visual images, our ability to interpret visual signs); and Hera (jealousy, vindictiveness and scorekeeping; but also fairness in relationships, partnership events, and marriage and childbirth).

Photographica is the closest in aspect to the Sun and Moon: just one arc minute (or 1/60th of a degree) away; Karma is the next closest. One of the ideas this suggests to me is the question of whether we’re willing to see the metaphorical street signs — or the proverbial handwriting on the wall — of a certain situation. It might be a spiritual question; that question may be taking form in a specific relationship, but have broader implications for your personal evolution in this lifetime.

One delineation I’ve read for the asteroid Karma square the Sun or Moon suggests an ability or opportunity to overcome challenges and setbacks to grow spiritually. That would seem to imply doing so without blame (of self or other), guilt or attachment, and without causing another person harm — remembering that someone feeling upset because of your choice to grow and heal is not inherently the same as causing them harm. Borasisi and Hera appear to flesh out these ideas: the lies we tell ourselves to stay ‘comfortable’ in our lives; the damage we can do to each other in ‘stuck’ relationships that lack honesty and respect.

Between this Full Moon and even the Mars aspects (with Mars and Mercury conjunct the North Node, a symbol of karma’s opposite: dharma, or purpose and evolution), I see a suggestion here that old habits and beliefs are something to push off against in the coming days. That is, you may be able to use them as leverage if you can see them for what they are. In so doing, you may feel like you’ve been thrown into chaos by someone — or like you’ve caused it for another. That deserves a closer look, perhaps with an eye to what had been ignored or suppressed till now.

On the other hand, you might find yourself expressing your truth in a way that feels both lit by something universal and ineffable, and yet full of intellectual potential. If that’s the case, remember to take some notes lest the insights dissolve as the Full Moon separates. Or, perhaps better yet, take a photo. 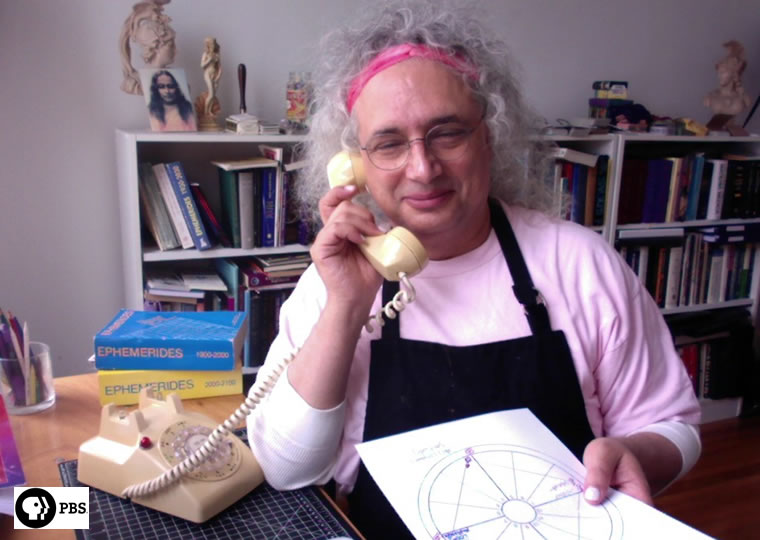 Mars in Cancer is making some big-news aspects to many planets — particularly Saturn, Chiron, Pluto, and Eris. Eric has not covered these transits in any birthday reading or the INTELLIGENCE readings, but he just dove into 12 spirited, accessible, genuinely useful videos that put the movements of this key planet of desire, drive and aggression, into personalized context for you. These Spring Reading videos — titled Call the Astrologer! — are available for instant access in a 12-sign bundle, or by individual signs. You can see a video introduction here, and watch a sample video here.

2 thoughts on “Photographic Proof: Mars and the Sagittarius Full Moon”