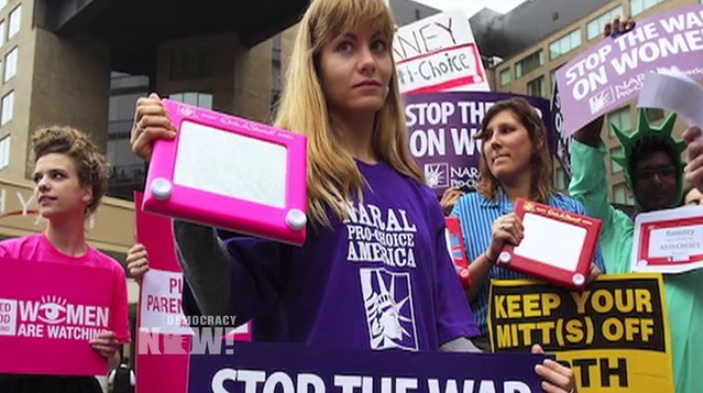 43 years after Roe v. Wade, today’s show highlights a new film called “Trapped”, which documents the struggle to continue providing abortion services in Alabama and Texas. In just a few weeks the Supreme Court is set to hear the case for Whole Women’s Health v. Cole, which has the potential to undermine legal abortion in the U.S.

Meanwhile, at the Sundance Film Festival in Utah, Amy Goodman looks at a new virtual reality project titled “Across the Line”, which allows the user to experience the hostility faced by attendees and providers at women’s health centers. The interactive work uses real audio from anti-choice activists.