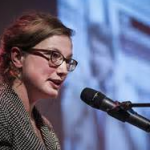 Hi all, this article started as an email to a friend who is curious about economic theory, though I want to put this out to my readers for a discussion, and to make sure that my thinking is clear. Any comments or thoughts welcome. Thank you! — efc 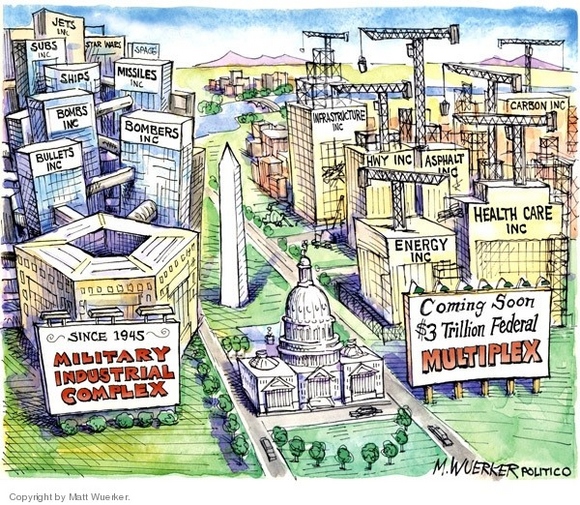 Hi all, this started as an email to a friend, though I want to put this out to my readers for a discussion, and to make sure that my thinking is clear. Any comments or thoughts welcome. Thank you! –efc

There are two major macroeconomic theories used the past century (with much older roots); though the first, supply-side or “trickle down” (the rich amass capital, and the poor get the benefit of the crumbs) is what is really the modern economic religion.

But it’s pretty much a lie for a diversity of reasons, apart from the fact that tying up capital (as “wealth”) does not move capital, and only moving capital, well, moves it. The only way to get it into the hands of ordinary folks is to keep the economy moving; keep the flow going.

Lie 2 is that these people tend to advocate the “free market” (free of intervention and regulation) and they are against taxation (of themselves) but seek government “intervention” in the capitalist market constantly, i.e., the government taxes the population to build a private football stadium.

So the supply-side advocates are liars twice over. Basically they are working both ends of the game, and their goal is to amass money at the expense of death. It is a religion, and like all religions, it’s inherently hypocritical.

Article below says, “Supply-side economics holds that increased taxation steadily reduces economic trade between economic participants within a nation and that it discourages investment.” But then tax dollars are constantly used for bailouts and startups, and the public is only rarely consulted (a bullshit referendum on the football stadium for example).

Keep that in mind every time you hear “deregulation,” “supply side,” and “free market.” This is what The Yes Men dig into in their interviews with the Free Marketeers in The Yes Men Fix The World.

Then there is another theory — Keynesian economics. You don’t hear about this one so much, because it’s the thing that really happens.

You might call this “demand side,” because it’s based on the idea that demand for products and services drives the economy. Said another way, keep things moving. The economy will grow to meet demand. Anyone who is in business knows that this is how things really work, assuming you do something like massage therapy or if you’re Ray the Bee Guy or you’re a blacksmith.

If you sell airplanes to the Department of Defense, you’re in another category (the first). Because your capitalist enterprise is really a form of corporate welfare that then ties up countless billions of dollars in things like airplanes that produce nothing.

“In the short run, especially during recessions, economic output is strongly influenced by aggregate demand (total spending in the economy). In the Keynesian view, aggregate demand does not necessarily equal the productive capacity of the economy; instead, it is influenced by a host of factors and sometimes behaves erratically, affecting production, employment, and inflation.”

So the idea is to create demand; and then the economy grows to meet demand; and to make sure that people have a little money to spend, hence, the programs that Roosevelt invented to get the country out of the depression (stimulus) could be seen as helping to increase demand.

The problem here is that the Depression did not “end” until WWII started, creating government demand for the materials of war, purchased by government borrowing (often from the people, in the form of war bonds).

So the new economy, the total war economy, is “demand side” with most of the demand coming from the government, for very big items, i.e., trillion dollar airplanes. But all those people would be “supply siders” if you asked them. They would all claim to be Free Marketeers.

So that too is a kind of pretend economy, which is never called what it is (except by those on the left, occasionally — “leftist” thinking tends to look more honestly at the structure of the system, i.e., you will never hear someone on the right talk about corporate welfare as it gets massive government funding and pays little in taxes).

Now, the total war economy (what Pres. Eisenhower called the Military Industrial Complex) is what we are involved in now. It involves two main commodities, oil and money itself. Money has become the biggest commodity of the economy, followed by the blood of the whole system, oil, without which presently everything would collapse.

Here is what Eisenhower, who is exactly 1/2 my favorite president, said in  one of his two farewell addresses to the nation. Remember, this was the last president we had who was a general (and the last Five Star General), one of the most venerated presidents of the 20c., and a Republican. Ok, take a breath and:

Now this conjunction of an immense military establishment and a large arms industry is new in the American experience. The total influence — economic, political, even spiritual — is felt in every city, every Statehouse, every office of the Federal government. We recognize the imperative need for this development. Yet, we must not fail to comprehend its grave implications. Our toil, resources, and livelihood are all involved. So is the very structure of our society.

In the councils of government, we must guard against the acquisition of unwarranted influence, whether sought or unsought, by the military-industrial complex. The potential for the disastrous rise of misplaced power exists and will persist. We must never let the weight of this combination endanger our liberties or democratic processes. [BUT WE DID!]

We should take nothing for granted. Only an alert and knowledgeable citizenry can compel the proper meshing of the huge industrial and military machinery of defense with our peaceful methods and goals, so that security and liberty may prosper together.

He was being polite. He knew there was no turning back. Hence we must have constant war, and the country was entering a huge nuclear arms buildup against the Russians and the Chinese — talk about investing in nothing. Countless trillions of dollars sitting in missile silos.

Eisenhower set up the conditions for Vietnam. Jack Kennedy hedged on that; he wanted out. When Johnson became present Vietnam got going for real in 1964, there had already been nearly nonstop war for 23 years. Then came Vietnam and many other similar wars, which lead us right into the Reagan administration and its selling arms to both sides in the 10 year Iran-Iraq war.

6 thoughts on “Primer on Macroeconomics: Supply Side v. Keynesian”