Eric has recorded a new Planet Waves TV, which focuses on Mars square Chiron — an aspect that’s exact Thursday. In this video, Eric introduces Chiron and gives a little of its history, and talks about the dynamic with Mars. He finishes with a comment on the current grand cross Mars is making in the cardinal signs.

In this new episode of Planet Waves TV [play video here], Eric explores the intriguing astrology around this year’s Libra Full Moon, which happens right after the Aries equinox. This involves some powerful alignments with Chiron, Salacia and Pholus. Please subscribe to our YouTube channel. 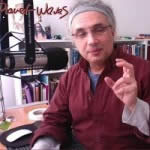 This episode of Planet Waves TV [click to play] is the first of two Chiron videos for The Art of Becoming. Eric gives the history of Chiron, and several delineations. It’s an excellent introduction to the first discovered centaur planet. 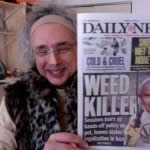 In this new episode of Planet Waves TV [play video here], Eric breaks down the publication chart for Michael Wolff’s explosive new book on the Trump administration. He also considers the group of planets gradually making contact with Pluto (and takes a moment to poke some richly deserved fun at Jeff Sessions). 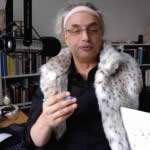 In this new episode of Planet Waves TV [play video here], Eric sets the scene for the remarkable astrology of 2018. He begins with a recap of Pluto in Capricorn and Uranus-Eris, before outlining the forthcoming sign changes of several major planets.

In this week’s Planet Waves TV, I look at Sunday’s Virgo Full Moon that takes place in aspect with Chiron and Pallas. But mostly, I look at the Uranus-Eris conjunction in Aries that is exact on Friday, March 17 — the aspect that’s defining our era of history.

Saturday, Venus stations retrograde in Aries. It’ll be retrograde until April 15, ending its retrograde in an exact conjunction to Chiron. This is about emotional healing! And it’s a journey that you’re invited on. In this new edition of Planet Waves TV, I go over the basics, and the nuances.

In tonight’s Season 3 premier of Planet Waves TV, I explore the forthcoming eclipse of the Sun in Pisces. This coincides with Mars getting mixed up in the Uranus-Eris conjunction.