In this week’s Planet Waves TV, I look at the charts for Sunday morning’s mass shooting at a gay club in Orlando. These shooting incidents would be meaningless if they did not comment on us and our society. Mars in Scorpio factors prominently into this chart. Omar, the presumed shooter, had his Sun right underneath Mars.

In this week’s Planet Waves TV, I look at the charts for Sunday morning’s mass shooting at a gay club in Orlando. These shooting incidents would be meaningless if they did not comment on us and our society. Mars in Scorpio factors prominently into this chart. Omar, the presumed shooter, had his Sun right underneath Mars. This takes us back to the earliest discussions of this Mars retrograde — it’s about the intersection of religion and sex.

Less Than Shocking, No Less Horrid, and the Facts of Life

Given the astrology of recent weeks, what happened in Orlando on Sunday morning is not surprising. Intense pressure from the Jupiter-Saturn-Neptune alignment has created a kind of background of intensity. Mars is slowing down to its station-direct, and the retrograde is getting old and deep.

One by one, there are triggers that release the energy. When a huge event like this happens, it seems to be blowing off energy for the collective. We deal with a lot of repressed rage in our society (American, in particular). This is compounded by repressed orgasm. To many the violence seems normal and sexual expression seems perverse. 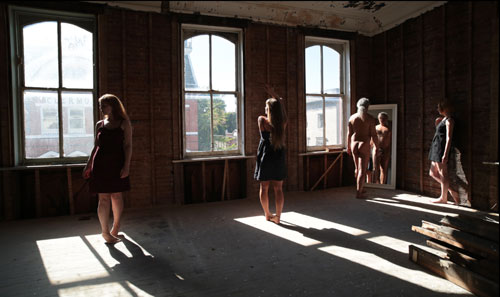 From the Three Scorpios Series, Book of Blue. Photo by Eric Francis.

It would seem that in the case of the Orlando shooter, there was a contact to his personal chart that got him to take action.

His chart and its alignment to the current astrology speak directly to the well-known equation: repressed sexual energy turns violent. In this case, he directed his rage at a gay club, and given his natal Mercury and Venus retrograde in Scorpio, he clearly had questions of his own. It’s easy to forget that sexual orientation is existential. Consider how weird it is for you to step outside your declared and tested gender pattern.

Now add the pressure of religion (he was having his Saturn return in Sagittarius). Saturn is now in Sagittarius for all of us, applying the same pushing-down for all of us to some extent, and raising the question of what to do about how nearly all organized religion so copiously, casually and effectively makes sex and women bad in one gesture.

By that logic, we’re all doomed sinners; that is, until anyone stops and asks what’s going on. We’re now embarking on the last couple of weeks of Mars retrograde in Scorpio. Mars will move slower and slower, gearing down to the pace of Pluto and then seeming to stop. So we might expect these themes to come up.

The question is what to do when they do. We’re all good at pushing them down. It’s our most basic training as a human: hold in excrement, push down sexual feelings. That’s the level we’re being engaged with by something so prime and primal as Mars in this unusual condition in Scorpio.

With this comes, by default, some form of the question of death. Of course it’s always a personal question; to contemplate the death of anyone is to contemplate your own.

And to contemplate or empathize with the sexuality of anyone, or even the vaguest idea about it, is to make contact with your own. Why wouldn’t someone want to do that, except for the desire to appease some phantom mother- or father-figure?

We’re past the point of being able to decide which kind of repression we like better, or which is less worse (everyone knows both cause problems). Any person on a conscious path of growth, evolution, personal integration or whatever you might call it, doesn’t have the option to choose between them. Life is one reality; you are one person.

The Orlando shooting and its clear, bold astrology remind us that it’s time to address the facts of life, so that we may get on with living — or perhaps try for the first time.