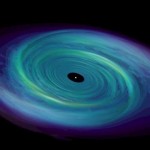 When I was first studying A Course in Miracles in 1986, someone told me about another channeled work called The Starseed Transmissions. That was my friend Ginger, and more than tell me about it, she read it to me on the phone from Buffalo while I was living in Brooklyn.

“Your communications systems have been waiting for this day. They were created for this moment. Do not shun the technology that is available. Though it has been abused in the past, in loving hands it is capable of transforming the consciousness more quickly and efficiently than would otherwise be possible.” — The Starseed Transmissions
An Island of the Future

When I was first studying A Course in Miracles in 1986, someone told me about another channeled work called The Starseed Transmissions. That was my friend Ginger, and more than tell me about it, she read it to me on the phone from Buffalo while I was living in Brooklyn.

She has in her possession a tattered copy that looked like it had been passed from hand to hand 100 times. Unlike the Course, with its formal and somewhat authoritative language, Starseed came across in simple, friendly language similar to a news report from the future.

It had been delivered to its scribe, who went by the name Raphael, during a spell of flu or fever that turned into an 11-day enchantment.

In that dreamlike state, a vibration took over the whole forest where he lived, came pouring into his room, and was loosely translated into the words that became the book.

Starseed describes the process by which a new age would gradually take hold. As these developments unfolded, they would provide opportunities for people to lift themselves above the pain and madness of the world. It describes a “psychological process” that each individual needs to go through to be set free from their own hooks into negativity and attachment to conflict.

A Course in Miracles felt exactly like such a process; it was abundantly clear that was the kind of thing being described. Where I was living, a place called Miracle Manor, was a kind of learning tank for this very process.

One of the later chapters in Starseed described how society would gradually begin to organize itself into little pockets where the new teachings would be lived and practiced. “As you reorient toward the new way of being in the world, you will be drawn to centers where the vibrational atmosphere is more conducive to a healthy state of function. These centers will represent the focal points around which the organs of Planetary Being will form. They will be, in a sense, islands of the future in a sea of the past.”

To me this felt like a lot more than a description. It felt like a kind of instruction set designed to help me orient myself. I was 22 years old, vaguely aware of my talent, and truly eager to serve and to participate. Ginger and I knew without any doubt that this book was intended for us, among other people who would hear the calling.

The chapter goes on to give some specific information that I took personally.

“Your communications systems have been waiting for this day. They were created for this moment. Do not shun the technology that is available. Though it has been abused in the past, in loving hands it is capable of transforming the consciousness more quickly and efficiently than would otherwise be possible.”

Note that at this time, there was no Internet, no thought of a global communications network, not even a notion that ordinary folk could set up a video seminar with hundreds or thousands of people. No notion of moving documents around the world at the speed of light. The term “desktop publishing” was still new and novel.

It went on: “These are tools for the hand of the Lord. Do not fear them, but love them and use them to spread the message of love to all who have not learned to tune to other, more direct channels themselves.”

That felt like more direct instruction. Ginger and I were already onto it though. We had done many media projects together, all of them involving printing presses and all with the intention of cultivating and building creative community.

All of this contributed to my understanding of the work that I do today: to the sense of mission that lights my world and that I offer to you. I think of Planet Waves as an island of the future. You have likely detected that there is something just a little different about what we do here, perhaps not easy to describe, and something different about the people who gather here.

In some way you already know that, or you would not even be reading these words. You have an opportunity to take part, on many levels: as a creative contributor, as one who actively learns, as one who shares what you learn, and one who supports what we do. In truth everyone who takes part is a member of our community: a resident on our mobile city of light.

What we have for you here are ideas you’re unlikely to find other places. We use astrology in a way that focuses your power rather than takes it away. You get many viewpoints and options for how to engage: live dialog, by reading, through long-format radio and several formats of video. This is so that you can find the appropriate way to get the information that you need.

We provide diverse content to serve greater needs: beginning with intelligent, spiritually aware astrology, and following up with material about relationships; we cover science and spirituality; we are the first place many people turn for news coverage.

As part of our commitment to creating something new, we do not rent your time or mental bandwidth to outside advertisers.

This allows us to be more daring and more honest than is possible in the “sea of the past,” where nearly everything you see, hear and read is filtered through some allegiance other than to what is true, loving or helpful. I am not entirely comfortable offering my work for sale, though it’s a reality that we participate in the economy as a responsible corporate citizen and as an organization that does its best to take care of our people.

In this spirit I invite you to share some of your resources with Planet Waves, and sign up for one of our subscriptions. There are many benefits, which I won’t go into here — the real benefit is knowing that you are helping make the work that we do happen. In truth, money is the least of what we run on, which is how we are able to turn so little into so much that we offer so freely.

Here are your options. If money is an issue — we never want it to be one, for us or for you — please write to us and we will work something out with you.

I for one am dedicated to bringing all of my energy, creativity and vision to what I do at Planet Waves, and there are many here with me who do the same. As you can tell from our work, we love doing what we do, and we have faith that we are making a difference.

Thank you for doing the same.

PS — What we now call “Reader Level” is about to become “Horoscope Level,” meaning that you will get all of our horoscopes in addition to other benefits. Core Community level includes a beautiful embossed journal (my more creative alternative to the mug or tee shirt) and Backstage Pass includes a hand-painted, one-of-a-kind sketchbook or journal in a wide diversity of sizes. You can see more here. 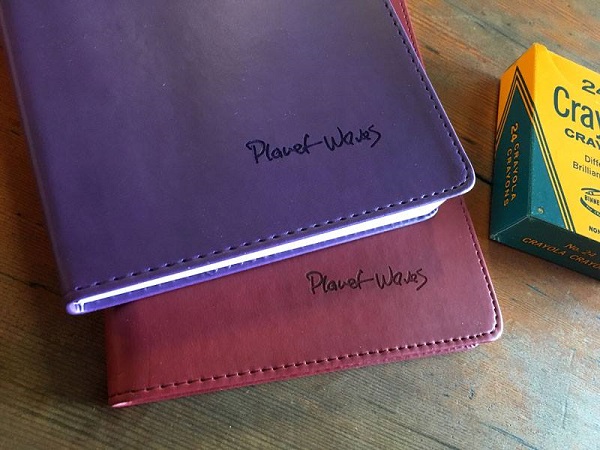 At Planet Waves we encourage and foster creativity in all forms. Quality journals and sketchbooks were the best way I could think of to pass that forward. If you upgrade, or if you renew or extend your Core Community membership for one year, you’ll receive your Planet Waves custom journal. They’re available in red, purple, blue and black, while supplies last. Those who upgrade to, renew or extend the Backstage Pass for one year can receive one of my extra-special hand-painted notebooks. To learn more, write to cs@planetwaves.net or call (206) 567-4455.

2 thoughts on “An Island of the Future”