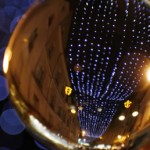 1992 QB1 (properly, 15760 1992 QB1) was the first orbiting object of our Sun discovered beyond Pluto/Charon system. It has an orbit of 290 years. As the name implies, QB1 was discovered in 1992. It would not be until 14 years and thousands of discoveries later that the public or the astrology community would get wind that there were planets out there beyond Pluto, when Eris was named and Pluto’s status was changed to that of dwarf planet in the summer of 2006. 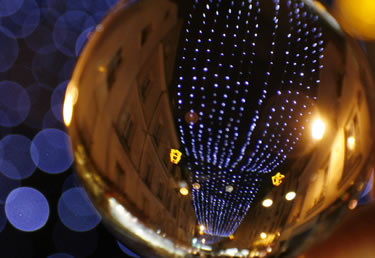 As the name implies, QB1 was discovered in 1992. It would not be until 14 years and thousands of discoveries later that the public or the astrology community would get wind that there were planets out there beyond Pluto, when Eris was named and Pluto’s status was changed to that of dwarf planet in the summer of 2006.

But it was 1992 QB1 that started the process off, constituting the discovery of the Kuiper Belt. The Kuiper Belt is a region of space beyond Neptune where many millions of objects, some larger than Pluto, orbit the Sun. These are considered to be remnants or artifacts left over from the creation of the solar system.

It is interesting that so many years after her discovery, she remains without a name, but does have a permanent designation in the minor planet catalogue, 15760. Generally, planets are named shortly after they receive a catalogue number. Her discoverers, David C. Jewitt and Jane X. Luu at the Mauna Kea Observatory, are credited with the discovery of the Kuiper Belt as a result of having discovered this object. They proposed the name Smiley, after a noted astronomer, but the name was already taken by an asteroid.

QB1 is rarely mentioned outside the most esoteric scientific circles. Even new planet astrologers for some reason tend to leave the topic alone.

While 1992 QB1 does not have a name, its temporary designation led to a specific class of orbiting objects, the Cubewanos (Q-B-1-o’s).

Cubewanos, according to current guidelines, are planets beyond the orbit of Pluto that (under the astronomical naming guidelines) get named for gods of creation, ascension and resurrection. Plutinos (planets with orbits more similar to Pluto, in the range of 250 years) are named for underworld deities from various cultures. However, 1992 QB1 appears to have archetypal similarities with both classes of planets. She seems to be a bridge between the ‘underworld’ and the ‘world of creation’.

That bridge is a way of accessing the unconscious — a way that is disctinctly different than the often-wrenching changes of Pluto. We are used to the Plutonic equation grow or die. QB1 seems to be more of a gentle lure, an invitation to enter a space, and a situation where one has a mode of assistance to go there. QB1 does not play the game of destroying something in order to recreate it. She is more about going beyond the known and into the unknown as a voluntary experience of saying yes.

It is significant that QB1 lacks what is in a sense the cultural baggage of a mythological title. She is free of the garb of a morality tale or creation myth. You could say she was, and remains, an anonymous harbinger of the next major era in planetary science and its corresponding development of our model of personality. She guides us, as well, to a new place within ourselves.

Interestingly, there was another “first of its kind” discovery in 1992, that of Pholus, the second Centaur. Like QB1, Pholus led to the designation of a new class of planets that proceeded with startling speed. The Centaurs were given their group name with this discovery, and both classes of planets became highly populated within just a few years. We could associate these developments with the conjunction of Uranus and Neptune that was taking place at the time in Capricorn, dissolving and upturning the established order of reality.

By pointing to the existence of the Kuiper Belt, QB1 quietly redefined the edge of the solar system and began the postmodern era of astronomy and astrology. This is the era when the edge of reality ceased to be that thin, clean line of Pluto and all that it supposedly represents (in the blunt and not entirely useful words of 20th century astrology, death and transformation), and instead became a kind of fuzzy haze of planets, concepts, mythologies and categories of orbiting bodies. In basic language, she softened the edge.

Notably during the Pluto era, our awareness that death is a transition and not a brink to the abyss has grown up nicely. While death is one of the core fears identified by the gurus of India (the clacias), our minds are informed, educated and made familiar with other ideas from the work of many who serve as bridges to what many now think of as the other side.

To delineate QB1’s astrological theme, her role in the field of astronomy gives us most of the salient information we need. She quietly guides us beyond what we know of as reality. She takes us into the next phase of existence. She is the thresholder. She guards the edge and shows us the bridge, and to me she has represented those who, almost invisibly, guide the way to the next epoch of our lives. I consider her the patron of midwives, hospice workers, tantric sex practitioners, orgasm coaches and any form of practitioner who consciously assists people in reaching the next phase of their lives. Like prostitutes, these individuals tend to live in the shadows or on the edges of society, and their role is not often affirmed or necessarily even noticed.

Existence of people in such roles is, however, gradually gaining increasing awareness in our culture. Though many astrological factors can be ascribed to this development (principally the triple conjunction of Uranus, Neptune and Saturn in the early 1990s), she is the embodiment of the archetype of the one who guides us to the next phase.

While few know of 1992 QB1’s existence, it is also noteworthy that her discovery degree is the Aries Point, that is, precisely the first degree of the tropical zodiac. Over and over again, events which have an association to this degree have significant public or cultural impact, which reaches to the individual level. This holds true whether we can see it or not.

1992 QB1 has an interesting similarity with Eris, the first planet beyond the orbit of Pluto to be recognized as such by mainstream science and astrology. Eris, like QB1, was discovered in Aries. Unlike QB1, Eris made a big splash, leading to the redefinition of the solar system. As mentioned previously, this occurred based on the initial discovery of 1992 QB1, which proved the existence of the Kuiper Belt. Eris is the largest known member of the Kuiper Belt.

To me, Eris represents the fragmenting of the self-concept that has occurred in our time in history. We tend to possess very little coherent sense of ‘who we are’. This is represented by the fact that there now approaching a quarter-million planets, asteroids and other bodies orbiting our Sun. Eris points to this issue specifically and how it relates to our model of the solar system.

1992 QB1 shows us that there is away beyond the chaos, but that rather than being a radical intervention, it is the gentle raising of awareness.

Though 1992 QB1 has not yet been named, I have proposed Radharani, the consort of Lord Krishna.