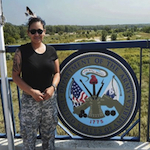 On Dec. 4, approximately 2,000 veterans plan to arrive at Standing Rock as part of the Veterans Stand for Standing Rock effort, according to The New York Times. The veterans’ aim is to peacefully protect protesters by acting as a “human shield” between the water protectors and police.

On Dec. 4, approximately 2,000 veterans plan to arrive at Standing Rock as part of the Veterans Stand for Standing Rock effort, according to The New York Times. The veterans’ aim is to peacefully protect protesters, and so will have no weapons. 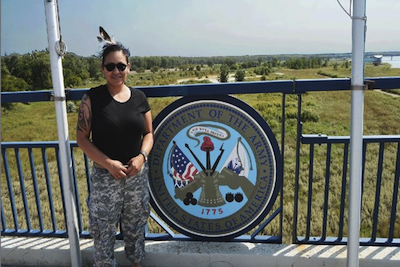 Instead, the intention is to serve as human shields, to “give the Sioux a breather from the abuse they’ve been taking,” according to the group’s operations order.

The announcement came after a mandatory evacuation order from the Governor Jack Dalrymple.

Officials may begin issuing fines to prohibit supplies from entering the camp. The Army Corps of Engineers also issued a plan to restrict access to the campsites. According to the order, anyone found on the land could be charged with trespassing.

The self-described ‘cavalry’ of veterans consists of officers and commanders ranging in age and representing nearly every war. The veterans and protesters will follow an operations order congruent with military practice while there — following a “chain of responsibility” rather than a chain of command — and will refer to each other by their first name, rather than their command rank. The group has done their own fundraising in an effort to be as self-sufficient as possible.

“There will be civilian and tribe members watching us from behind but nobody supporting us,” says the operations order, which outlines objectives, guidelines for conduct, an assessment of the situation and other details.

Organizers of the event are Michael A. Wood Jr., a former U.S. Marine, and screenwriter and activist Wesley Clark Jr. — son of Wesley K. Clark, the retired Army general and onetime supreme allied commander in Europe for NATO.

Their intent, according to the operations order, is:

…to honor the giants on whose shoulders we stand, such as Gandhi’s salt protest or MLK’s Selma protest. In the ultimate expression of alliance, we are there to put our bodies on the line, no matter the physical cost, in complete non-violence to provide a clear representation to all Americans of where evil resides. The Water Protectors are leading the way against this same evil which we must all face globally, saving ourselves and our children from the apocalyptic outcome of climate change.