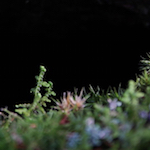 Although the Sun is still in Libra, some of this week’s news events appear to have a distinct Scorpio scent. This would seem to relate to astrology involving Mercury in Scorpio that is bookending the current workweek. Amanda Painter takes a look at these aspects and a couple of emblematic news stories.

Although the Sun is still in Libra, some of this week’s news events appear to have a distinct Scorpio scent. This would seem to relate to astrology involving Mercury in Scorpio that is bookending the current workweek. 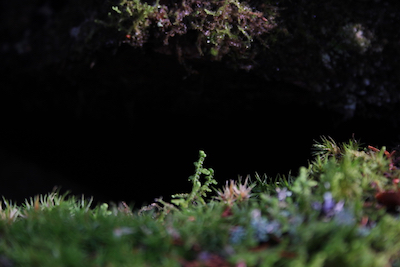 Mossy micro-landscape at Acadia National Park in Maine one year ago. Photo by Amanda Painter.

We began the week with news coverage intensifying about the disappearance of Washington Post journalist and Saudi national Jamal Khashoggi.

Turkish officials allegedly have audio and video evidence of Khashoggi being tortured and dismembered within the Saudi consulate in Istanbul, Turkey, which he had visited to obtain legal documents pertaining to his upcoming marriage.

We might interpret this as representing a dark shadow side to Mercury conjunct Venus in Scorpio, which was exact on Monday and which was also sextile Vesta in Capricorn. Usually astrologers describe Mercury-Venus conjunctions as stimulating an appreciation for beauty or declarations of love. Yet Mercury-Venus can also help one to see the underlying patterns in a relationship. The alleged events surrounding Khashoggi’s disappearance and apparent murder do appear to be laying bare certain unsavory facets in the relationship between the U.S. and Saudi Arabia.

Here we have the communication role of Mercury in a few ways. For one, Khashoggi was a journalist. Second, I’m considering this event from the perspective of when new reports spiked in popular awareness, rather than looking at an event chart for the alleged murder. Third, the evolving reporting has elicited shifting responses from the Saudi government, as well as Pres. Trump’s vocal desire to protect arms deals with the Saudis.

Retrograde Venus shows up in terms of a diplomatic relationship now suddenly under review, and gets echoed in the marriage documents Khashoggi sought: he had to ‘return’ to Saudi Arabia — in the form of its consulate — to be able to proceed with his marriage (which tragically will never happen now). Scorpio’s themes of death, money and secrets are all over this story. And, just for good measure, Vesta in Capricorn could be hinting at a government making a sacrifice of someone who’d once been its own (Khashoggi has previous close ties to the Saudi royal family).

Another news story to catch my attention this week is less directly Scorpionic, but still has an association thanks to the sheer hell immigrant families are being put through in the U.S. — the underworld being the province of Pluto. Pluto is considered the modern ruler of Scorpio.

On Wednesday, Pluto received a square from Ceres in Libra. We can see this symbolized in reports that the Trump administration may resume its policy of forcibly separating migrant children from their families along the U.S.-Mexico border; this despite the fact that hundreds (if not thousands) of children seeking asylum still have not been reunited with their parents after having been separated earlier this year, and detained ever since.

On top of that, Democracy Now this week reported that data from Amnesty International suggests immigration officials separated approximately 6,000 families between April and August, a significantly higher number of children and parents torn apart than previously thought. As I wrote in Wednesday’s Four Winds Almanac, one interpretation of Ceres in Libra and Pluto in Capricorn in this configuration is that it looks like the archetype of “mother” squaring off against an authority figure or institution that’s putting people through hell. Regardless of your gender, you may have felt compelled this week to pay attention to your instincts to care for and protect others, especially children.

Back to Mercury in Scorpio, and More

As I mentioned initially, aspects involving Mercury in Scorpio bookend this work week. On Friday it enters an interesting aspect pattern, making a trine to Neptune in Pisces and a square to Mars in Aquarius. Note that Mars is the traditional ruler of Scorpio.

One way this could be playing out is through irritability with anyone who challenges your desire for escapism. For example, how many times have you posted about a favorite movie on social media, only to have people pipe up with their unsolicited critiques of it? That’s one possible example.

Another reading of this energy could be heightened sensitivity to the rampant gender rage in our culture. If that’s the case, bear in mind that while much of the debate centers on behaviors that can have life-and-death stakes, challenges to your ideas and point of view are not themselves actual threats to your existence.

Culturally, we have a problem with letting our egos and identity get so closely identified with our ideas and beliefs that it’s nearly impossible to have a reasonable, open-minded conversation about certain topics. The internet seems to be codifying this social dysfunction; a Mercury-Mars square can exacerbate it.

Alternatively, the Neptune influence could have you preoccupied with daydreams and creativity. This is generally harmless and even beneficial, especially if you can find someone simpatico with whom you can share your dreams. (Also: do you get dressed up for Halloween? This might be a good time to brainstorm your costume if you haven’t already.) The thing to watch for is if you let fantasies based in unexpressed hostility or anger provoke you to impulsive action, or if rage-fueled imaginings distract you while driving or dealing with hot/sharp objects.

In other words, be aware of your thoughts and urges the next few days, and the ways you feel compelled to express yourself. For now, the Libra Sun is still offering some sense of balance, despite all the aggression, intrigue and upsetting news we’re suspended in. The Sun will leave Libra and enter Scorpio on Tuesday, Oct. 23.

Just three days later, on Oct. 26, the Sun will meet up with retrograde Venus for their interior (or inferior) conjunction in Scorpio. That will mark the astrological midpoint of Venus retrograde. And then on Oct. 31, Venus will retrograde back into late Libra.

It will be interesting to see what secrets Venus carries backward into Libra with her. If you feel like you’re putting together pieces of a puzzle, hopefully you’re taking some notes. I’ll be curious to know if anything clicks into place or finds a new equilibrium when Venus stations direct come Nov. 16.

Between now and then, we have the midterm elections in the U.S. on Nov. 6. If you’re a U.S. citizen and live in a state where there’s still time to register to vote, please do.