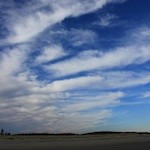 This week begins with a square between Ceres and Eris that asks questions about feminine identity and nurturing, then Venus joins the conversation. Mars entering the Uranus-Pluto square comes with an accident warning, but also suggests a transformation of your inner masculine — especially if Jupiter’s influence keeps you in touch with your heart.

On our way to the last Uranus-Pluto square in one week, the astrology is going to keep us on our toes — intellectually, emotionally, physically. Because it’s possible to take this week’s astrology at both the macro (or philosophical) level and mundane or physical levels, I’m going to touch on several of the major aspects that are in force during the first half of this week in more or less chronological order. 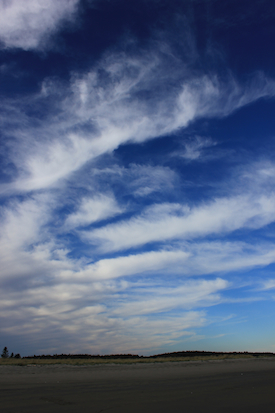 Today it’s worth noting that asteroid Ceres in Capricorn is making a square to asteroid Eris in Aries (exact at 4:37 am EDT / 8:37 UTC).

Although these are technically ‘minor’ planets, they’re underscoring a notable facet of one theme of the Uranus-Pluto square (and doing so from the same two signs): the sense that some sort of revolutionary shift is underway in gender roles, and in our own inner sense of its polarity and integration.

In the case of today’s Ceres-Eris square, the astrology seems to ask, ‘What happens when our old ideas of nurturing and motherhood push up against the fragmented realities of identity we’re living in today’s world? What does it mean to be a woman (or to nurture yourself) at this point in time, in a society such as ours?’

These questions get developed as Venus exacts its conjunction to Eris in Aries on Wednesday (exact at 11:18 pm EDT / 3:18 UTC). This is also the same day Mars conjoins Uranus in Aries and squares Pluto.

On the one hand, Venus could be seen as bringing some sense of unity to Eris just as Mars gets stretched and confronted by the evolution/revolution machine. It’s like the planets are saying that maybe it takes some receptivity and love and reunification of our highest values (and of our inner feminine) to hold space for that process Mars is entering into. In one sense, ‘Masculinity’ is being overhauled, and is playing catch-up to femininity (Venus went through the Uranus-Pluto square last week).

Consider also that Eris carries an element of subversion to it (witness Eric’s favorite example of Mercury conjunct Eris: Stephen Colbert’s amazing roasting of George W. Bush at the White House Correspondents’ Dinner several years ago). As Eric noted in an email to me, “Love is subversive. Sex is revolutionary.”

And that’s never more true than when you’re determined to question the status quo by stoking your compassion rather than the violent ‘image is everything’ machine — I call it violent, because it is just one of the many things seeking to divorce us from our core, our full soul-self. Eris, the queen of identity chaos and fragmentation, really could use some love, ya know. We all could.

Note that while Mars works its way toward (and through) the transformative Uranus-Pluto square, there’s an accident warning in effect. Especially because Mars and Uranus are in a sign Mars rules, the potential for a hot temper and violent or destructive reactions to sudden upsets increases. A physical accident needn’t be a result of interpersonal conflict, either (though it’s possible); impulses toward action need to be balanced with a moment of listening to your intuition.

Pluto’s presence in the equation says to be wary of “illegitimate shortcuts,” in the words of Robert Hand. They’ll cost you in the long run. If your ambitions toward changing the world around you (beginning with the one within you) are roused, seeking spiritual integration through empathy and compassion can provide a counterbalance.

Thankfully, that process is getting an assist from another Mars aspect along the way. Tuesday, March 10, Mars trines Jupiter in Leo (exact at 2:04 am EDT / 6:04 UTC). Put simply, this aspect says, ‘Abide in the heart to find strength in conflict; let your heart point the way to right action.’

Finally, nearly all of this astrology beginning the week happens with the Moon in Scorpio. The Moon ingresses Scorpio at 9:10 am EDT / 13:10 UTC today. Stay clear about your direction and in your emotional motivations; this will help you stay focused on the most worthwhile objectives. Let Mars-Jupiter keep you heart-centered and magnanimous.

It would be too easy to let any tension early this week draw you into attachment, possessiveness and unpleasant reactions. We’re under some real pressure to change, after all. To harness the transformative power of Scorpio, keep things flowing — lean on the Moon’s trines to Chiron and the Sun. Chiron can help you focus on the healing goal; the Sun shines its light on the creative solutions.