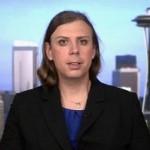 In a move that shocked even the Pentagon, Donald Trump barred transgender people from serving in the military via Twitter on Wednesday. The move could impact as many as 15,000 servicemembers. The New York Times reports Defense Secretary James Mattis only learned of Trump’s plans on Tuesday.

The First Openly Transgender Infantry Soldier in U.S. Army Speaks Out on Trump’s New Military Ban
In a move that shocked even the Pentagon, Donald Trump has barred transgender people from serving in the military. He made the announcement via Twitter on Wednesday. The move could impact as many as 15,000 servicemembers. The New York Times reports Defense Secretary James Mattis only learned of Trump’s plans on Tuesday. Veterans Affairs Secretary David Shulkin said he learned of the policy change through Trump’s tweet. Politico is reporting Trump may have made the snap decision in an attempt to secure congressional funding to build a wall along the U.S.-Mexico border. A spending bill—which included money for the wall—was facing possible defeat in the House because some Republican lawmakers wanted to ban Pentagon-funded sex reassignment operations.

What Role Should the Military Play in the Fight for Transgender Rights?
While Trump’s ban on transgender people from military service has been widely criticized even by fellow Republicans, it has reignited a debate within the LGBT community. Some have questioned whether the discourse on transgender rights should be broadened to include a critique of militarism. “Trump’s transphobia is disgusting, like his defense budget,” trans activist and scholar Dean Spade wrote yesterday. “The liberation we are working toward requires that we fight for vets and everyone else who gets exploited and abandoned for U.S. military imperialism, but not that we participate in rhetoric that celebrates the U.S. military as an employer or ties trans well-being to military service.”

The Rolling Resistance: Meet Three Disability Rights Activists Fighting to Save Healthcare
Disability activists across the nation are staging historic protests in Washington, D.C., and other cities to fight the Republican effort to strip healthcare from tens of millions of people. On Tuesday, as the Senate voted to open debate, 31 protesters in the gallery were arrested, while 64 more, many in wheelchairs, were arrested in the atrium of the Hart Senate Office Building. The protests are continuing as Senate Republicans move forward with their attempts to repeal Obamacare.