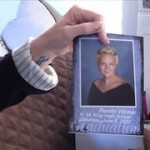 On Tuesday, former U.S. intelligence contractor Reality Leigh Winner appeared in court. Winner is a former National Security Agency contractor who has pleaded not guilty to charges she leaked a top-secret document to The Intercept about Russian interference in the 2016 election.

Mother of Accused NSA Leaker Reality Winner: My Daughter Wasn’t Read Her Miranda Rights
On Tuesday, former U.S. intelligence contractor Reality Leigh Winner appeared in court in Augusta, Georgia, where her lawyers asked the judge to exclude her statements to FBI agents on the day she was arrested, arguing she was denied her Miranda rights. Winner is a former National Security Agency contractor who has pleaded not guilty to charges she leaked a top-secret document to The Intercept about Russian interference in the 2016 election. She is facing up to 10 years in prison on charges she violated the Espionage Act. Kevin Gosztola is a journalist and managing editor of Shadowproof Press. He was in the courtroom in Augusta on Tuesday, and his recent article is titled “In Reality Winner’s Case, Defense Seizes Upon FBI Testimony to Bolster Motion to Suppress Statements.” And in Augusta, Georgia, Reality Winner’s mother, Billie Winner-Davis, speaks from her daughter’s house, where Reality Winner was questioned and arrested by FBI agents on June 3.

Civil Rights Leader Who Desegregated U. of Georgia on Student-Led Movements of 1960s and Today
As a student-led movement for gun control sweeps the country, we look back at a key moment in another historic student movement: desegregation. On January 9, 1961, African-American students Charlayne Hunter and Hamilton Holmes walked onto the campus of the University of Georgia to register for classes, as a howling mob of white students screamed racial epithets at them. It was a pivotal moment in the African-American student-led movement to desegregate America’s public high schools and universities. Charlayne Hunter graduated in 1963 and went on to have an award-winning career in journalism, working for PBS, NPR and CNN.