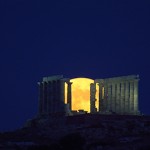 Saturday’s eclipse of the Moon in Libra may come with a sense of drawing back a veil on your ‘deeper self’, especially in relationships. You also might want to ask yourself what you’re devoted to that you keep promising yourself you’ll do, and then act on it this weekend.

Due to an aspect happening concurrently with Saturday’s eclipse of the Moon in Libra, consider asking yourself what you are devoted to, and then act on it this weekend. Depending on how the eclipse chart overlays your natal chart, this might feel like the more tangible or pressing theme to you; even if it’s not, some sense of drawing back a veil on your ‘deeper self’ is a primary message of the eclipse. 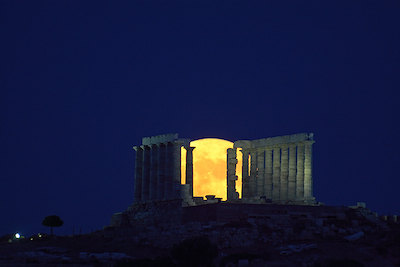 This eclipse is the second eclipse of this spring’s pair: a total eclipse of the Moon in Libra with the Sun in Aries (i.e., a Full Moon). It’s exact at 8:06 am EDT Saturday, but the material that emerges will keep developing in the days, weeks and months afterward.

One way to get your bearings and begin focusing your awareness around this event is to think back to the March 20 solar eclipse and trace the development of any ideas or areas of your life that became prominent then, and in the 2-3 days immediately afterwards. Chances are you’ve been working on that material actively or in the background of your awareness for the past two weeks.

That means this Full Moon eclipse, which is a peak in the cycle begun by that solar eclipse and New Moon, may bring that issue to a head or present a way for you to ride its energy further than usual. In fact, eclipses tend to act as levers in that way, especially if you can tune in and use them consciously.

Much of how we experience eclipses depends on what we consciously bring to them. Personally, I’ve been tracking my thoughts and actions around the wakeup call regarding “what I was told I could not do” that I received just after the March 20 eclipse, and which you may have also received.

In my case (and possibly yours) this relates to Vesta in early Pisces square Saturn in early Sagittarius — which is sending a clear message about, as Eric put it last week in Planet Waves FM, “what I say I want to do over and over again.” He stated in that program that, “The promises you make to yourself are the promises to keep when Vesta is activated this beautifully.”

Even if you’re not sure how true that idea rings for you, it’s always good advice to do some of what you love on the days surrounding an eclipse, since that energy ripples out and develops over the long term. Take a soft approach to any resistance you may encounter — for example, allow yourself even just 15 minutes of whatever it is you keep saying you want to do but never seem to get to.

Which brings me back to that idea of drawing back a veil on your deeper self and, indeed, on the life of your relationships.

The Sun (representing ego consciousness) and Moon (emotional/intuitive/inner awareness) are spanning the axis of “self” and “relationship” as represented by the signs Aries and Libra. While there, the Sun and Moon are also closely aligned with the Uranus-Pluto square: the Sun is conjunct Uranus, and the Moon and Sun are squaring Pluto from opposite sides of the zodiac.

Uranus and Pluto have been operating in the background of our lives for a few years now. As they’ve been shaping society around us in drastic (and sometimes surprising, sometimes violent) ways, we’ve gotten regular tastes of this process on a more personal level. This usually happens as the inner “personal” planets (Sun, Moon, Mercury, Venus and Mars) have interacted with them.

Saturday’s eclipse is one of these moments. As the shadow of Earth briefly blocks out the bright Full Moon, our metaphorical eyes of inner awareness get a look at what else is below the surface: Uranus and Pluto. What they may show you is something about bringing out and acknowledging the deeper, inner self that resides just below your ‘social persona’ — and what Eric Francis described recently as “the inner quest of the relationship.”

Whether you encounter insights this weekend about yourself in relationship or finally admit to and act on some promise you’ve made to yourself, be brave enough to look behind that veil as it’s drawn aside. After all, you’ll only be encountering you.