When I’d signed up for Sunday’s On-Camera Auditioning workshop, I wasn’t thinking about old messages I might have received from adults when I was younger — messages that apparently undermined my sense of what I could do with my life. 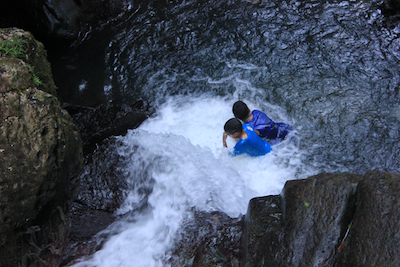 Exact Tuesday at 9:07 am EDT (13:07 UTC), Mercury-Chiron is in effect now. This is the planet of mind and communication (Mercury) merging with the planet of awareness of wounding and healing (Chiron). For me, this meant being asked by the acting teacher running the workshop why I wasn’t performing with the local professional theater, and why I wasn’t Equity (a member of the professional union).

After bumbling through some answer about never feeling like it was the thing I could really make a living at, he asked me if I could follow that belief back to a specific person, and pressed me to do so.

Like I said — it was not what I expected to walk away thinking about. Mercury and Chiron in Pisces had other ideas.

One way to describe Mercury-Chiron is that it’s the feeling that you’re not quite up to it (whatever “it” may be), even though you actually are. Given that we just had an amazing total solar eclipse in visionary Pisces just as the Sun prepared to move into action-oriented Aries, this is a beautiful sequence of astrology.

The degrees of the eclipse may have related to dreaming big and emulating an ideal example and planting the seed of potential, but what if you’re suddenly worried about your ability to live up to that potential?

Sometimes, part of the process is to stop, listen, and feel for where you got knocked off course in the past. Then you get to figure out what you want to do about it. This is likely one of those moments.

Where Pisces is in your natal chart shows you where in your life this theme of being told you could not do something is showing up. If you don’t know your natal chart, just notice if something from the past is tugging at your attention, and follow it back. According to Barbara Hand Clow, when Mercury is conjunct Chiron, Chiron “grounds thoughts into exact space and time.”

Mercury-Chiron can trigger old injuries you received as a kid from people who said you could not do something. You know, things like, “You can’t sing” or “I’m not wasting money on art supplies unless you’re good at it.” Or sometimes the messages come a little later in life: “You have fun doing plays, but you should get your teacher’s certification in something practical” or “If you haven’t learned to [X] by now, you’ll never do it.”

The messages might have been far less overt. A subtle message can be more insidious; it’s hard to refute what has not been explicitly articulated.

Some kids get rebellious and super-determined to prove an adult wrong, but often statements like these absolutely wither a child inside. Other times, we may think we’ve shrugged it off and will do our thing anyway, only to find years down the line that the statement acted like a small worm that quietly bored into the back of our skull and has been leaching its poison ever since.

If this theme rings a bell for you, notice which of these things you were told you could not (or would not) do that you have actually done — and have done well. As of this writing, the Moon is in Taurus in an aspect that could help you ground the reality of what you really have inside of you. Use all of your senses to observe the concrete realities of your abilities.

Tomorrow, when the Moon moves in to Gemini and squares Mercury and Chiron, you might find yourself opening up to see the other side of the story. If you can’t quite verbalize it all today, try again tomorrow.

44 thoughts on “Your Monday Astrology Diary: Mercury Conjunct Chiron in Pisces: What Were You Told You Could Not Do?”