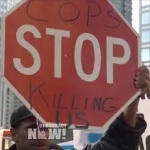 Today’s show looks at how the Drumpf is changing the Republican Party. Amy Goodman interviews Rick Perlstein, who wrote a recent article called “Donald Trump’s avenging angels: How the orange-haired monster has rewritten the history of American conservatism.” 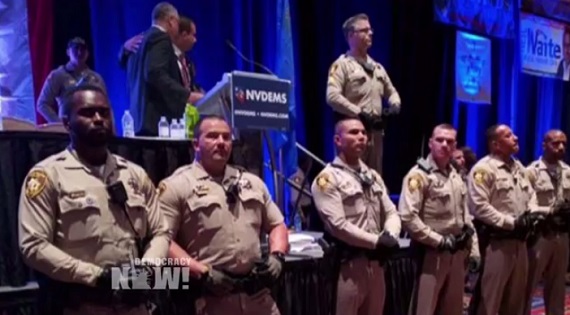 Today’s show looks at how the Drumpf is changing the Republican Party. Amy Goodman interviews Rick Perlstein, a reporter and author who has researched the conservative movement extensively. He wrote a recent article called “Donald Trump’s avenging angels: How the orange-haired monster has rewritten the history of American conservatism.” Here’s a segment of the interview:

But what Donald Trump is doing, I realized, was very different, when I read an article like last fall by Evan Osnos of The New Yorker. And Osnos happened to be doing an article about white nationalists, which is kind of the polite term for white supremacists. And he said—he was just kind of, you know, doing an article about them, independently of Trump, when Trump announced his candidacy, and he heard them saying all these warm things about them. And when I read that article, I said, “Wow! This is really like nothing I’ve seen before in studying the Republican right for 18, 19 years,” because white supremacists have always kind of considered both parties Tweedledee and Tweedledum. And the idea that they would consider a major Republican Party figure one of them is—you know, it’s a discontinuity among white supremacists. And the idea that Donald Trump would not immediately disavow them, whatever that says about what Donald Trump believes or what previous Republican candidates believe, is just a very different practice than what we have seen before. It’s a watershed moment in the surrender of a major American political party to the most rank and base kind of racism that we’ve seen in this country.

Also today, a new article from In These Times by Branko Marcetic looks at the history of superdelegates. As Hillary Clinton began the primaries with a more than 400-delegate lead by securing support from superdelegates, their presence could change the course of the Democratic nomination and possibly the election.

Finally, major developments have taken place in several police shooting cases. On Tuesday, Dante Servin resigned from the Chicago Police Department just days before hearings were set to begin into whether he should be fired for shooting Rekia Boyd while he was off duty and she stood with a group of friends near his house. This comes as Chicago Mayor Rahm Emanuel announced this week that he plans to disband the city’s controversial police oversight agency that has been criticized for sluggish investigations that rarely resulted in disciplinary action. Mayor Emanuel is also facing calls to resign over a possible cover-up of the police killing of Laquan McDonald, who was shot 16 times in 2014.