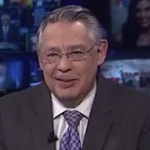 Democracy Now! co-host and New York Daily News columnist Juan González has announced he is leaving the Daily News after 29 years. The paper’s editor described Juan as a “legend…standing up to every bully that came his way in his relentless assault on injustice.” We wish him all the best, and are very glad that he is staying with Democracy Now! 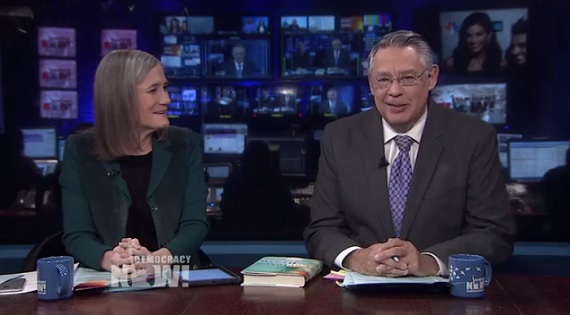 In a message to the Daily News staff, the paper’s editor described Juan as a “legend who set his powerful, intelligent, compassionate voice on a 29-year course at the Daily News, standing up to every bully that came his way in his relentless assault on injustice.”

Juan is moving on to a new role as journalism professor at Rutgers University. We wish him all the best, and are very glad that he is staying with Democracy Now!

Meanwhile, the family of Anastasio Hernández Rojas, a Mexican immigrant who died a horrific death in 2010 at the hands of U.S. border patrol, are taking unprecedented steps to get justice. Although the San Diego Coroner’s Office classified Rojas’s death as a homicide, the Department of Justice announced last year there was insufficient evidence to pursue federal charges. The family is filing a petition with the Inter-American Commission on Human Rights.

Also today, Amy and Juan interviewed Michael Collins of the Drug Policy Alliance about Pres. Obama’s new proposal aimed at addressing opioid addiction in the U.S. Collins described it as “two steps forward and one step back,” since there is still an element of treating addicts as criminals.

Finally, there is an update on North Carolina’s transphobic “bathroom bill” and the legal challenge by the ACLU. One of the plaintiffs described the effect this legislation would have on his life.

It’s requiring me to use the female restroom, is essentially what’s happening. And this is distressing because I used the female restroom until it was not feasible for me to, until I was getting pushed, shoved, slapped, screamed at every time I went into a female bathroom. So, now, it’s putting me in a tough situation, because it’s putting me in a situation where I have to choose between going into this distressing situation where I know harm to my well-being could come — you know, I could be screamed at, I could be shoved, slapped, beaten to a pulp, essentially — or I can break the law. And that’s not who I am as a person.