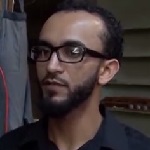 Today’s show looks at what has happened to the individuals who filmed and distributed the shocking videos of Alton Sterling’s death. One of the videos was filmed by Abdullah Muflahi, the owner of the Triple S convenience store where Sterling died. Muflahi’s lawsuit regarding subsequent events alleges the police took his phone, locked him for hours in a police car and seized his security camera footage without a warrant. 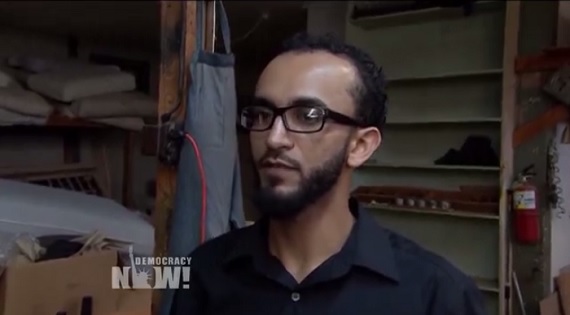 For the past week, protests against police violence have spread across the country. Tens of thousands have taken to the streets. Hundreds have been arrested. The protests began in the wake of the fatal police killings of Alton Sterling in Baton Rouge, Louisiana, and Philando Castile in Falcon Heights, Minnesota. Today’s show looks at a side of the Baton Rouge story that has received little attention: what has happened to the individuals who filmed and distributed the shocking videos of Alton Sterling’s death.

The videos show a Baton Rouge police officer pinning Sterling to the ground outside a convenience store, then pointing a gun at his chest and opening fire. One of the videos was filmed by Abdullah Muflahi, the owner of the Triple S convenience store where Sterling died. He recorded it on his cellphone. Muflahi has filed a lawsuit against the city of Baton Rouge, the Baton Rouge Police Department and four of its officers. The lawsuit alleges the police took his phone, locked him for hours in a police car and seized his security camera footage without a warrant. The lawsuit also contends Muflahi was prevented from making a phone call to his family or an attorney. He is seeking damages for false imprisonment and the illegal taking of his property, as well as for release of his store’s security camera footage.

Last week, an Air Force veteran named Chris LeDay posted the first video of the police shooting of Alton Sterling to go viral. LeDay obtained the video from a friend of a friend. He shared the video with some 10,000 followers on Facebook, Instagram and Twitter. Soon after the video went viral, LeDay says he was detained at his job at the Dobbins Air Reserve Base. Police then led him from his job in shackles and held him for 26 hours. He was then released after paying $1,200 in traffic fines. LeDay now feels his job is in jeopardy.

Two years ago this week, Eric Garner died in Staten Island after officers wrestled him to the ground, pinned him down and applied a fatal chokehold. The man who filmed the police killing of Eric Garner, Ramsey Orta, is now heading to jail for four years on unrelated charges—making him the only person at the scene of Garner’s killing who will serve jail time. Last week Orta took a plea deal on weapons and drug charges. He says he has been repeatedly arrested and harassed by cops since he filmed the fatal police chokehold nearly two years ago.