Cleveland officials have agreed to pay the family of Tamir Rice, the 12-year-old police shooting victim, $6 million to settle their lawsuit. Zoe Salzman, the family’s lawyer, spoke to Amy Goodman. 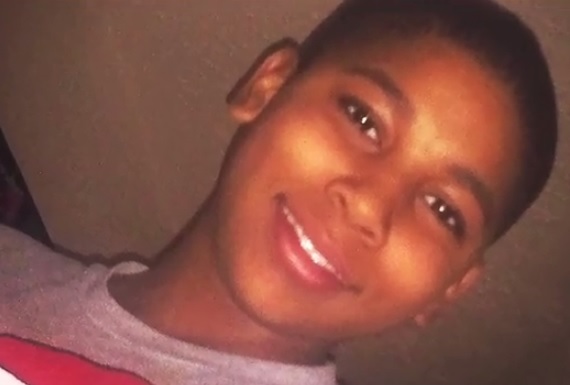 What price the life of a child? Image: video still

Cleveland officials have agreed to pay the family of Tamir Rice, the 12-year-old police shooting victim, $6 million to settle their lawsuit. Tamir was shot and killed while playing with a pellet gun in a park; his 14-year-old sister Tajai was then aggressively restrained while trying to run to him, and prevented from reaching him as he lay dying. Under the terms of the settlement, the Rice family will drop its complaint against the two police officers involved, and Cleveland will apparently admit no wrongdoing. Zoe Salzman, the family’s lawyer, spoke to Amy Goodman.

But I want to make very clear, I think there’s been a sense from local officials in Cleveland that this was an accident or a tragedy, and that somehow Tamir himself was to blame for part of that tragedy. And that is just simply not the case. Our investigation in this case revealed that Tamir was actually shot in less than one second. Officer Loehmann, the shooter, jumped out of a still-moving police car. The car had not come to a stop yet. And he leapt out of the car with his gun already drawn, already pointed at Tamir, the safety already off. And within less than one second, he had fired the fatal shots that killed Tamir.

Amy also interviewed the father and sister of Samuel Harrell, who was beaten to death by around 20 corrections officers at the Fishkill Correctional Facility in Beacon, New York. Some of the officers were known around the prison as the Beat Up Squad. Despite the autopsy ruling that Harrell’s death was a homicide, no charges have been brought and the officers are still working at the prison.

Harrell’s family and friends undertook a five-day vigil and hunger strike to demand that action be taken against the offenders. His sister, Cerissa, said: “It’s been a year. Nothing has happened. Does it hurt? It hurts a lot. Do I think about it? Every day. Do I forget about him? Never. Justice will mean so much to me right now. Those COs are still working, just living their lives just like it’s just nothing, like they did nothing, like they didn’t take somebody else’s life or a part of somebody’s family and just threw it away.”