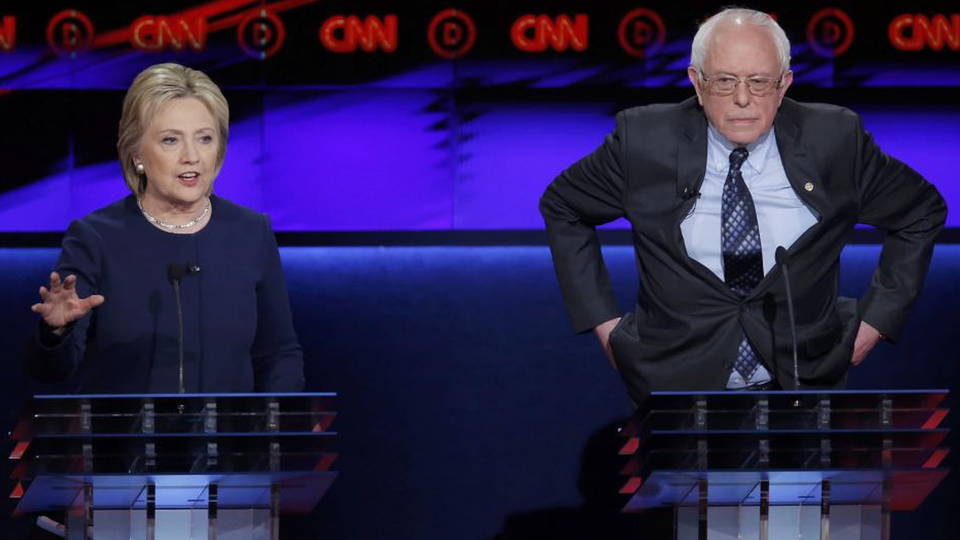 The race for the Democratic nomination intensified this weekend as Vermont Senator Bernie Sanders beat Hillary Clinton at caucuses in Maine, Kansas and Nebraska. But Clinton easily won in Louisiana. So far Clinton has won 658 delegates to Sanders’ 471 during the first 19 primaries and caucuses. In addition, Clinton has secured an overwhelming number of unelected superdelegates made up from the party establishment. Clinton and Sanders sparred during a debate in Flint, Michigan, Sunday night; we’ll have excerpts after headlines.