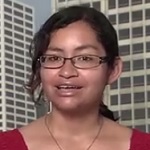 Juan González discusses a proposed bill, backed by the Obama administration, for a new bankruptcy-type process specifically tailored for Puerto Rico. The bill has drawn criticism over what look to be dictatorial measures. Also, the team speaks with campaigner Ireri Unzueta Carrasco, and Hiroshima survivor Setsuko Thurlow gives a moving account of the days following the blast. 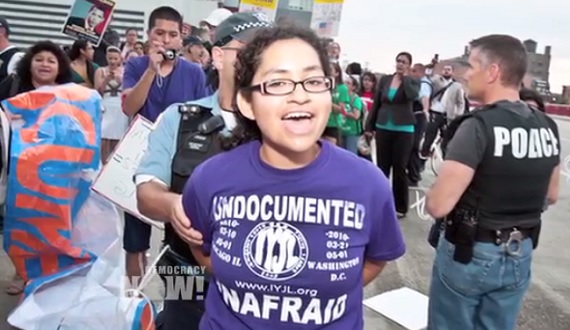 Juan González discusses a proposed bill backed by the Obama administration and congressional leaders that would create a new bankruptcy-type process specifically tailored for Puerto Rico. A House committee voted in favor of the Puerto Rico Oversight, Management and Economic Stability Act earlier this week. On the presidential trail, Hillary Clinton has backed the measure, while Bernie Sanders has opposed it. “The bill has provoked a furor among many island residents because it imposes a seven-member oversight board with dictatorial powers that harken back to colonial days, and because it is geared to protecting bondholders and paving the way for massive cuts in the island’s public services,” González writes in his column in the New York Daily News.

Also today, a migrant justice activist is suing the Department of Homeland Security for refusing to renew her DACA protection because of her activism. Twenty-nine-year-old Ireri Unzueta Carrasco received Deferred Action for Childhood Arrivals status in 2013. DACA is the Obama administration’s program shielding some undocumented people brought to the U.S. as children from deportation if they meet certain conditions.

Even though Unzueta Carrasco says she met those conditions, the Department of Homeland Security denied her DACA renewal because of her participation in acts of civil disobedience aimed at pressuring the Obama administration to halt its record deportations. The government stated that she was a “public safety risk,” despite there being a clear legal definition of that term, which does not apply to Unzueta Carrasco. The intention appears to be punishment for her activism:

I originally applied for the Deferred Action for Childhood Arrivals in 2013, and I was able to get it. And when I tried to renew, like you mentioned, it was denied, based—and the response that we got from the ombudsman was that because of my participation of civil disobedience, this was something that they weren’t going to renew. And so, after this long process of trying to figure out what was going on, we decided that we needed to go public about what was happening with my case, so that the Department of Homeland Security and USCIS could know that any time that they try to do—they try to do something that’s unjust with our community, we’re going to stand up. For me, civil disobedience is an act of survival. It’s something that we do to defend our communities. And it’s important that we defend our right to continue expressing ourselves politically and be able to organize to defend our communities.

President Obama has become the first sitting U.S. president to visit the Japanese city of Hiroshima since U.S. warplanes dropped the first atomic bomb on August 6, 1945. The bombing killed 140,000 people and seriously injured another 100,000. Three days later, the U.S. dropped a second atomic bomb on Nagasaki, killing another 74,000 people.

Speaking at the Hiroshima Peace Memorial Park, Obama offered no apology for the bombings but called for a world without nuclear weapons. “Among those nations like my own that own nuclear stockpiles, we must have the courage to escape the logic of fear and pursue a world without them,” Obama said. Despite his call for an end to nuclear weapons, the United States has been quietly upgrading its nuclear arsenal to create smaller, more precise nuclear bombs as part of a massive effort that will cost up to $1 trillion over three decades.

Amy and Juan spoke with Setsuko Thurlow, a survivor of the Hiroshima bombing, who was 13 years old when it took place. She gives a moving and harrowing recollection of the immediate aftermath of the bombing and the days following.