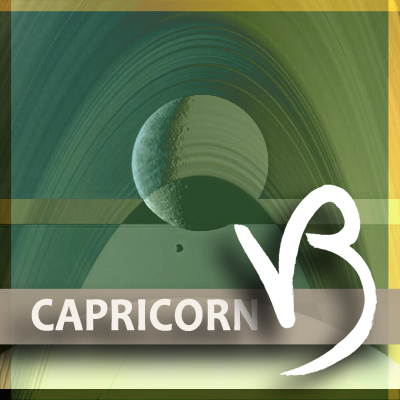 Capricorn (Dec. 22-Jan. 20) — You are in the last few weeks before Saturn leaves your birth sign for a test run into Aquarius. Let’s contemplate the Saturn principle. Were someone to know only one thing from all of astrology, this would be the one. The idea is that you take responsibility for yourself, such that nobody has to tell you what to do, or why to do it. This involves being aware of your environment and its boundaries and regulations, and adapting yours to work with them. You understand your commitments, and you keep them without being told to. You become your own parents, your own boss, and your own police department, so that you don’t need things nagging you from the outside. Drive safely and you won’t get pulled over. Pay your parking tickets and you won’t get booted. Pay your taxes and the revenue department won’t come after you. Honor your responsibilities and they become privileges and opportunities. Those who do not do these things are the ones whose lives either become a rolling disaster, or who never seem to reach their potential due to seemingly external factors. There is always some obstacle. What most well-seasoned therapists would tell you is that this is a game: refusing to internalize your authority structure is the perfect way to block yourself, and not embrace the responsibilities that would lead to the greater possibilities. Given the state of society and of so many people’s lives today, this leads us to a question: are you done with that? If you want to be, the timing is perfect.

(Dec. 22-Jan. 20) — The sign of tradition is also the sign of revolutionaries. The sign of reserve is the one associated with the impressive debauchery of the Roman festival of Saturnalia. 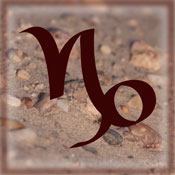 Saturn, your ruling planet, is considered the very stalwart of stuck, but is in reality the most dependable agent of change. You are similarly versatile, embracing the new with a mix of eagerness and skepticism, and honoring tradition as a source of information about right now. That, and you think that old books smell interesting. You probably sniff every old book that you pick up.

Capricorn is the sign of all things old and ancient. Caesar said it was his sign of ‘good luck’ and is still associated with him today. You may love to go to estate sales and visit antique shops, not only because you like old things but because you like to contemplate the way things were in different times in history.

You believe that there are lessons to be learned from the past, and we would all be better off for learning them. The past makes sense to you, and so do the reasons for leaving elements of it behind, particularly the useless ideas that don’t work (but we’ll keep that 1924 egg slicer).

Reputed to be an ambitious, hard worker, this is usually true, but the part about being ruthless is more of a myth than anything else. You prefer to get things done by agreement and arrangement rather than by force, but you’ll take authority if you have to, because someone has to be in charge and it’s better if that someone has a clue.

You’re not as boring as you like people to think you are; really, you’re easy to please and if the sex is good, your life is good. Well, that and it’s nice to have a good job where your skills are tested and where you can grow and develop. You have great political skills and are one of the best people to plot and scheme with. You understand the deviant side of human nature.

Capricorn is crispy on the outside and deeply sensitive on the inside, a fact which most people may miss and which you would do well to inform them (by your actions), so they know. You prefer the squishy kind of person as a partner, as in emotionally open (in a way that seems daring to you), but they also have to inhabit their gender in a conscious way.

This is the sign of the winter solstice, associated with the dark days of impending cold; you love the security of the home fires burning. Capricorn is an earth sign, of a cardinal type; the planet that rules your sign is Saturn. Study the position of Saturn in your chart and you will learn a lot about yourself — promise.