With the Cancer solstice Sunday, Mars opposite the GC suggests stepping back to see the big picture: what desires feed your soul in the simplest, most nourishing and nurturing ways. When the weekend’s Leo Moon squares off against Saturn, some self-care might be perfect for any downtime you encounter.

Sunday, June 21, is the Cancer solstice — also known as the summer solstice in the Northern Hemisphere, where I live. This is the longest day of the year here (shortest day Down Under), and the start of a new season no matter where you live. 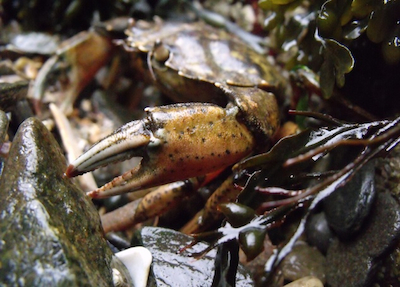 People in my part of the world tend to think of summer as the ‘free and easy’ season, thanks to the amenable weather and memories of childhood summers off.

But in all honestly, how often have you over-scheduled and overextended yourself, racing to make the most of summer fun, only to find yourself exhausted and wondering when you’ll get to slow down and enjoy the season?

In the process, how much fun do you actually have? How often have you told yourself you’ll do things differently next year?

The Sun ingresses Cancer at 12:38 pm EDT Sunday (16:38 UTC). From now through then, Mars in late Gemini will be in opposition to the center of our Milky Way galaxy. (Mars opposite Galactic Core is exact Saturday.)

You can think of the Galactic Core (GC) as the ‘spiritual homing signal’ in astrology. It is vast, and it speaks of a deeper and wider perspective on existence; one Eric Francis described earlier this week as “not normally available while staring at a row of buildings or gas pumps.” The energy of the GC can be difficult to pin down and identify, compared to something like Mars or the Moon.

If you’ve ever had that feeling like something you’ve encountered really means something profound but you’re not sure just what, or like you are part of something larger and more loving than you could ever articulate, that’s how I sometimes think of it.

There are a few ways you could interpret Mars opposite the GC on the solstice. One that feels particularly relevant is: try orienting your desires on what really matters this season. If you feel like you’re of two minds regarding what that is, try to step back and look at the big picture. As in, the really big picture: what feeds your soul in the simplest, most nourishing and nurturing ways — rather than what fills your social calendar, or what everyone else just has to do this summer.

That isn’t easy. And make no mistake: social contact is one of the many things our souls need. Weighing quality over quantity can make a genuine difference in whether you end up feeling fulfilled or drained come September.

Of course, not everyone feels socially desired during the summer, or any other season, for that matter. That might be you, or it might be someone you know. It’s painful to feel like an outcast, to feel lonely or unloved.

Whether this is a temporary condition (you’re having an ‘off’ weekend, or just moved to a new city) or something you’ve grappled with your whole life, there are tools and strategies out there for working with it. Some fall into the ‘quick fix’ category; some entail long-term therapy with a qualified counselor or similar professional. All generally work better with some self-care; that is, thoughts and actions that help you to ground yourself, energize yourself, center yourself, or otherwise help you to feel loved and whole from within.

I’m not saying that’s always easy, but it is possible, even if it means finding someone to help you learn how. Which brings me back to one of the central themes of the sign Cancer: caring (and emotions). One of the best ways to cultivate love is to take care of the people (and critters) who matter to you — including (maybe especially) the ones who don’t usually ask you for it, or who don’t seem to need it.

On the solstice, don’t be surprised if you feel like you need a little TLC and attention. The Moon (which rules Cancer) enters high-energy, social, childlike Leo Friday at 2:22 am EDT. It’s going to make several conjunctions to planets in Leo and fire trines to planets in Aries and Sagittarius for two days. But then, just as the Sun enters Cancer, the Leo Moon squares retrograde Saturn in late Scorpio.

Translation: don’t be surprised if your high-energy, showy, social weekend urges suddenly feel like they’ve hit a wall Sunday afternoon. You might feel your energy drop, or wonder where everyone went.

Don’t worry — it’s just temporary; the Moon will move out of range of Saturn by Monday. In the meantime, consider taking advantage of the downtime to re-focus on that ‘big picture’ I mentioned, starting with some self-care. Or pour yourself into loving acts toward others — it will come back around to you soon enough.