In this Featured Article from Cosmophilia, Dale O’Brien weaves a tale of chi-ronic outsiderhood and indigenous wisdom to show how the wisdom of the outsider is necessary, valid and heard most clearly outdoors. In fact, that’s probably exactly where you should head immediately after reading this piece.

Astrologer Dale O’Brien (“Doc Chiron”) weaves a pun-filled tale of chi-ronic outsiderhood and indigenous wisdom to help us see how the wisdom of the outsider is necessary, valid and heard most clearly outdoors. You can read the full article on the Cosmophilia website. — Amanda P.

Dear Prudence, greet the brand-new day!
The Sun is up, the sky is blue,
It’s beautiful, and so are you!
Dear Prudence, won’t you come out to play?
…The birds will sing that you are part of everything…
Look around, ‘round … (Lennon/McCartney)

Do you, like me, ever feel like you don’t belong in this ever-increasingly insane, intolerant, wickedly cruel and violently destructive society? We all need to belong to something bigger than ourselves, but we can’t belong to any group unless that group accepts each of us as who we are. 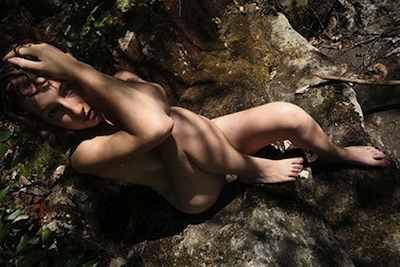 The voice that astrology calls Saturn is the ‘bouncer’ at the door who won’t let anyone in who isn’t acceptable according to his rules. That bouncer Saturn also throws out anyone inside who doesn’t accept and obey Saturn’s rules. So where does that leave someone like you or me? Saturn’s rejection leaves us outside, but that’s not a bad place to be.

Everything orbiting beyond Saturn is invisible to the naked eye. In astrology these objects are called ‘outer planets’, and each corresponds in different ways to the ‘outsider’ part of each of us. The first object out from Saturn is Chiron, whose multifaceted mythic story tells us where unseen and unacceptable outsiders belong.

As astrology’s and Greco-Roman mythology’s first Divine/animal hybrid, Chiron, unwanted bastard son of Saturn, does not fit neatly into any ‘either/or’ judgment. Unlike most of astrology’s mythological high-and-mighty Olympian V.I.P.s, Chiron was said to live simply and humbly outside in Nature in the last Greek stronghold region of shamanism — ‘wild’ even into the twentieth century.

Cultural anthropologist Robinette Kennedy, during one of her Trance Postures experiential workshops, said that various peoples around the world lived in tribal and shamanistic communities for at least 25,000 years, if not perhaps ten times that long. Even the most conservative time estimate of the length of the shamanistic era is far longer than ‘civilization’s’ recorded history. In tribal/shamanic/indigenous cultures, ‘Ch-ironically’, everyone and everything in Nature was seen as related to everyone and everything else. Everyone and everything had a unique role to play. Clearly, holism and ecology are nothing new!

The wise purveyor of such truths was the shaman (male or female) who lived just outside the community, even closer to Nature than other members of the tribe. Of course the shaman healer-and-more played an essential role in such a culture. Similarly, at the other end of the modern spectrum of experience, any apparent ‘victim’ of illness or wounding was considered to be playing out a role for the tribe. However, in original holistic communities, each member of the tribe and all species nearby were also involved in the wounding and healing process.