Last week we sent a letter to everyone who had purchased the Planet Waves Spring Reading, asking them to share with us what they’d experienced, noticed and learned during the recent Mars Retrograde. We’ve received three responses so far, which are published below. You’re invited to add your own experiences in the comments.

Editor’s Note: Last week we sent a letter to everyone who had purchased the Planet Waves Spring Reading, asking them to share with us what they’d experienced, noticed and learned during the recent Mars Retrograde. We’ve received three responses so far, which are published below. You’re invited to add your own experiences below. — Amanda P.

Funny that astrologers use the term ‘SHADOW FAZE’ to describe the lead up to the beginning and endings of a retrograde [Editor’s note: the second shadow phase happens after the retrograde proper is over]. ‘Cuz that’s exactly what I felt trapped in as I began to make my way through the month of March — a dark-alley, underbelly world of shadowy deceptive figures, con-men/women, liars, cheats and addicts… monsters, all of them. 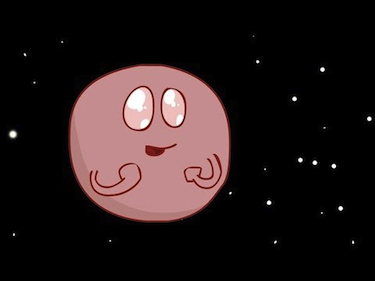 Mars going all ‘inward'; image from this Spirit Science video about the 2014 Mars Retrograde in Libra.

SUCKER PUNCHED — square between the eyes. Mars declared war on me.

And the worst part about being in that dark alley was not realizing (at the time) that some of those shadows were my very own. I was at war with myself.

I had been living in the dark, lying to myself, allowing others to lie to me, pretending everything was fine, cheating myself out of the power that was rightfully mine, allowing others to own those rights — and ultimately, I was addicted to a self-defeating mentality and to the addictions that others in my life were addicted to.

It was a long and horrifying alley to have to traverse and there were no exit paths along the way. I took a beating. It wasn’t pretty or fun. And then the lights suddenly, without warning, switched on (April 17-18). And I had to see it all at once… in the light. I had to face it directly. I had to find my courage through the anger, the sadness and the disappointments in myself and in others. I had choices to make — a stream of severe and consequential choices/decisions that came at me relentlessly, like Muhammad Ali on steroids — moment after moment, day after day.

It was a death match to be sure.

And I lost… but in a good way. And, I had all of you, my friends at Planet Waves guiding me through these struggles — helping me to see that letting go of (dying to) what no longer serves me was/is the right thing to do.

So by the time Mars returned to ‘Shadow Faze’ once more, making its way towards direct motion, I knew what he had left me broken with was the start of my healing. What I was frightened of before, I knew I had the courage to face. What left me in the dark before, I had escaped, to the truth. What power I gave away, I have taken back — as my own (to use in good faith). What left me feeling unloved was the unloving of myself.

And so, through the reverse motion of what some refer to as the planet of war, I found a new meaning of LOVE.

It was hell. I don’t have the exact dates, but I was keeping an eye on the transits so I know that it was during Mars retrograde that my internal and external life got unbearably hot, starting with an epic case of poison ivy. 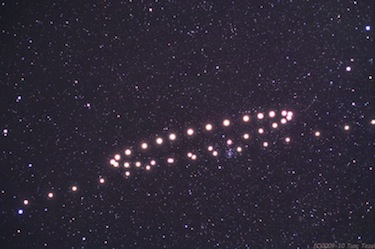 Series of images digitally stacked so that all of the star images coincide, but you can see the path of Mars during a previous retrograde in 2009. Photo by Tunc Tezel/APOD.

I’m a Scorpio native, with Mars and Neptune in the 4th house, Leo rising. I’m also an acupuncturist and artist who currently works a lot with mosaics.

During Mars retrograde, or maybe a bit before, I filled my house with pottery shards! I also became unbearably angry about having signed a terrible commercial lease. I signed it under duress during Mercury retrograde.

Last month I became unable to deal with the fact that, not only hadn’t I gotten a deal on the lease (and I’m a major deal hunter), I had been really ripped off. It was during the retrograde that I decided to try to do something about it; no luck so far. More importantly, I’m doing some hard thinking about anger and how it enslaves us all.

I’m not sure what to do next, internally or externally. Small claims court? Scale up? Just break the lease? Letting go of my resentment for having made a bad decision makes sense, but it’s a lot of money and the landlord is scum. I am open to any and all advice!

Recently it’s occurred to me how the penis and a gun have similar form. I’m a neuroscience junky and teach women how to integrate their brain and pelvic floor as a way to unleash their creative expression and sensual vitality, so I am all about structure and function and how form influences function. 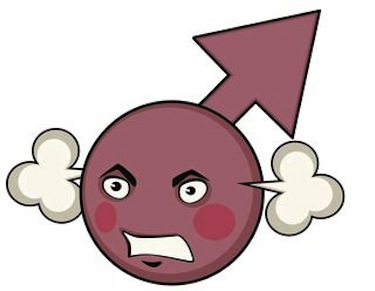 Have you felt some pressure with Mars retrograde?

I know women purchase guns too but when was the last time a mass shooting was perpetrated by a woman shooter?

Often, I am asked why I teach women or, “why don’t you teach men too?” Well I do teach men but I primarily focus on women because they are still the parent that shares the most time with their children. Whether that’s during the nine months of the greatest and most potent influence or the time after when they are learning the “rules of the road” so to speak.

Moms still provide an enormous amount of conditioning to their children. So, I want to work with Moms, and GrandMoms, and Aunts and Sisters and best friends because women have more influence and power than they are conditioned to believe. They make most of the purchasing decisions for the family and as a result make most of the decisions around consumption: food, entertainment, clothing, shoes, etc.

And, because as Margaret Mead so elegantly said, “Never doubt that a small group of thoughtful, committed citizens can change the world.” And when that group is women, women who with ease use the left and right hemispheres of their brain, women who have the power through alchemical transfiguration within their sacred center to create a baby, human and otherwise, I want to place my focus on the segment of the population that has the power, ability and the natural inclination to mid-wife life; and, because of the intensity of oxytocin, nurture it throughout its unfolding.

Margret finished that statement by saying, “Indeed, it’s the only thing that ever has.”

I think she was onto something.

And Eric, I feel you are onto something, along with the McLuhans, with your continued message about reclaiming our bodies. They are magnificent.

My take on Mars’ journey through Sagittarius and then Scorpio is this: the first run into Sagittarius was about building the shaft on the outside. The retrograde back through Sagittarius then built it from the inside. Then it shot Scorpio out of its design, however Scorpio shows up in your life.

To me it feels like things are just getting started and will get more interesting when Mars is traveling as Sagittarius “again,” through the shaft of its creation; the creator moving through its creation.

And who knows, more of us may learn that the real goal of sexual pleasure is about finding God and, if you want, making a new container for God to embody; human and otherwise.

Many Blessings Team PlanetWaves on all your good work,
JeanMarie