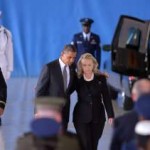 As Madalyn Aslan explains, the US is a Cancer nation, born on the 4th of July. The sign Cancer, more than anything, consists of memory. This is how Cancer, a crab, survives. The crab is our oldest living creature on earth – five hundred million years old. A survivor, above all. Memory is crucial. We must remember history. And that we have choice.

We are a Cancer nation, born on the 4th of July. The sign Cancer, more than anything, consists of memory. This is how Cancer, a crab, survives. The crab is our oldest living creature on earth – five hundred million years old. A survivor, above all. Memory is crucial. We must remember history. 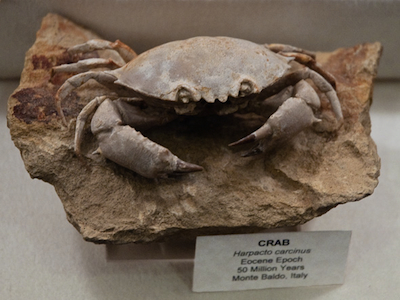 And that we have choice.

We survive through evolving. Expanding the gene pool. The inbred and purebred do not live long. Diversity in humans as well as animals is healthier. That’s the good news! Now, here we go –

I see an eagle attempting to find its footing on a rolling boulder. The eagle, symbol for America, is over a boulder that is presently rolling. The American eagle WILL find its footing, after another turn of the boulder / revolution of the land.

Americans, most courageously now original Americans gathered in North Dakota, are fighting to defend their earth. Black Americans are fighting to stay on earth, as in fighting to stay alive, and it will be this way for quite a few Americans, as long as violence continues to be sanctioned by the President-Elect. And then there is the earth we all live on, every single human being, and that, too, is under attack. We are in great danger of making ourselves extinct.

We need to see clearly. At present all is whitewashed in dreams, mirages, misrepresentation. Distortions in mainstream media have blinded an entire population. Most of TV news is lying. Truth doesn’t count for very much anymore. We are happily blinded. As T.S. Eliot said, humankind cannot bear very much reality.

What’s right in front of us, through this blindness, is the offer to take a risk. We must have courage. We can’t give in to shapeless, amorphous, fears. I don’t see immediate disaster. The system won’t break. Just terrible, terrible fear. A kind of North Korea terror with accompanying brainwashing, including Stockholm Syndrome. We must calm ourselves.

Many of you are asking me what to do. Stop watching Trump’s current reality show. Stop reading the tweets, go two days without watching TV, put down your phone, walk away from the internet entirely, spend an hour in nature, fill yourself with beauty and fresh air, BREATHE. If you’re in a city, go to a park. Watch a hilarious movie. Love your loved ones. Recharge. And then come back. Calmly, practically, set aside, and spend half an hour a day to call your representatives, sign petitions, protest, be a good citizen. All Americans. Your voice counts.

Jeanette Winterson wrote: The world is surely wide enough to walk without fear.

The consciousness of service arrives. Time to shoulder duties. This hits Friday, December 9, before Sun and Saturn clash in fiery Sagittarius December 10 – whoosh! After this is when the country really gets it. Hold on to your seats. Or rise up from them. The country is being fought over, as it was at its very beginning. There will be a spectacular unveiling of tricksters – following an explosion – followed by a spirited defense of home. We want to believe facts will count, and sadly they don’t to those who only want power. But the country’s not going down without a fight.

But remember, protective Jupiter is in Cancer’s fourth house until October 10, 2017. In other words, watching over and protecting our original home! The fourth house rules home and roots, family of origin and the very foundations. The founding fathers founded a secular nation. A Christian, anti-earth nation is the opposite of our original foundations. The pilgrims were escaping religious persecution and wanted nothing to do with religion in their government. The native Americans were living on the land and from it, not destroying it. The “reigning” forces at present, all of Trump’s “picks”, are attacking our original foundations.

And yet, Trump offers the dream of a fantastical past and offers to make it all better. Two strong Cancer themes, but without the reality necessary for survival. The United States is a superpower precisely because it is united. It is the largest united country in the world, and that means a ton of resources, a ton of money. I see a movement on the west coast to secede, but they will need the resources of the U.S. (which they won’t have if they secede.)  Practical Cancer, not coincidentally, also rules coins and money. Cancer Jupiter Benjamin Franklin (born January 17, 1706)  said: A penny saved is a penny earned. Another concept that disappeared after the Depression generation. We learn to do the right thing for survival, and then we forget it. Forgetting is not lucky for us.

As the boulder rolls, (turning and turning in the widening gyre), will there need to be a complete turn – all our rights rolled back – for the pendulum to swing back? I hope not, but history, often, miserably, repeats itself. Also, full disclosure, I initially saw many being killed.

I also saw that we won’t realize how good we had it until we’ve lost it. As every person who grows old experiences. We are a young country. And we teach history less than any other country. We worship youth – which does not last long.

Protective Jupiter watches over our origins, however, and expands them. Many of us will literally be pulled out of the woodwork to defend its original beams. In its purest form this should mean a win for native Americans. That’s being optimistic. (I am part Iroquois but know little about it, nor about that side of my family.) But hope springs eternal. 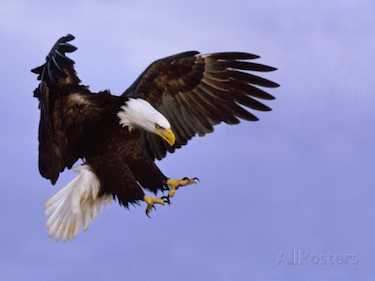 There is hope but there’s no instant fix. The collective grieving and loss, as in the shock of a death, is weighing against us. Hillary is in mourning. Obama is waiting to act. Trump right now is dominating the environment and trying to control everything. Typical of a Gemini, he is flip-flopping, dramatically, and typical of his Libra Jupiter, he is blindly worshiped and getting away with his performance. He’s running his own reality show. Except it’s our country. We are now in Libra Jupiter (September 9, 2016 – October 10, 2017) which was my initial prediction, that Trump would win the election. And that he’d get away with his frantic antics until the end of Libra Jupiter, which is October 10, 2017.

But I can’t accept this. I look deeper and I see Trump is a young boy. Young soul. Scared. Counting his toy soldiers (his money.) He won’t rule. I don’t see him living in The White House for long. He can’t own it, he can’t profit from it, it’s of no use to him. He will be used, and will not last long. He, being used, will also use, that’s the deal. Do his business, in, out, take the money. The worst part is he’s not the worst part. The worst part is those behind him pushing their agendas. Trump is a front man, a salesman to sell the dreams to buy the land, and then to sell it off. He is forever a private property developer, but now with our entire country, and its laws, and people, as a building to be bought and sold. Always a slumlord, he terrorizes tenants until they move out, and then sells the country. I see that this was the plan all along.

Most frightening is how duped we all are. We are completely distracted by Trump’s outbursts while our country is being dismantled before our very eyes – and it’s happening fast. November 9, I declared this was a coup. We are fiddling while our Rome burns.

Confucius counsels: We should feel sorrow, but not sink under its oppression.

You can read more of Madalyn Aslan’s writing at her website: madalynaslan.com. She is the longtime astrologer for the New York Daily News.