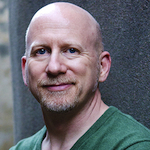 Sex and relationship coach Charlie Glickman explains that when we try to minimize or explain-away a partner’s difficult feelings, we actually tend to make an uncomfortable situation even worse. He offer grounded tips on how to turn toward the feelings — a perfect practice while the Sun and other planets in Cancer are stirring the emotional pot.

With both Mercury and Mars in Cancer opposing Pluto, and the Sun in Cancer, too, the sky is emphasizing our emotions. That’s not always comfortable. In this article originally published by Charlie Glickman on his website Make Sex Easy, he offers some grounded tips on how to turn toward the feelings in ways that strengthen intimate relationships. — Amanda P.

As a sex & relationship coach, I get to see people while they’re in the middle of some difficult situations. I’ve mediated couples during arguments. I’ve worked with people when they’re stuck in their triggers. I’ve talked with folks who were in the middle of their emotional reactions. And over and over, I’ve witnessed how much energy people put into trying to avoid the feelings. 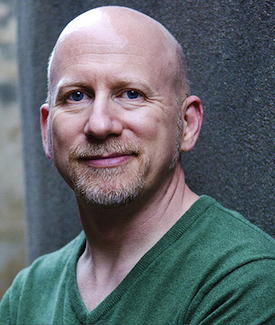 It can show up in a lot of different ways. Sometimes, someone will try to explain their feelings or their partner’s feelings away. They’ll say “it’s not so bad.” Or “if you just understood what I meant, you wouldn’t feel like this.”

Other times, they’ll get nitpicky about the exact sequence of event in order to prove that the other person shouldn’t be feeling that way. And then, there are the times when someone will get angry about their partner’s emotions and lash out.

What all of these kinds of responses have in common is that they’re attempts to make the difficult feelings go away. We do that because we’re uncomfortable with the emotions, we don’t know what to do with them, and we want our partners and ourselves to feel better. The two most common motivations in these moments are that we want to support our partners and we want to not feel our own discomfort. (I’m leaving out the folks who deliberately try to make their partners feel bad or who gaslight them. That’s abusive, and it’s a very different thing.)

The irony is that when we try to make the difficult feelings go away, we usually do the exact opposite: we make our partners feel worse and we add fuel to the situation that’s creating our discomfort.

So here’s a much better response: turn towards the feelings.

Turning towards the feelings means making room for them, validating them, and giving your partner permission to feel them. It doesn’t mean that you’re agreeing with their interpretation of events. It means that you understand that their feelings are real, wherever they come from. Here’s an example:

This is important because when we’re in a highly emotional state or when we’ve gotten triggered, we don’t process information well. We’re literally in an altered state of consciousness. Or to put it another way, our brains can only run a certain number of apps at a time. So when the “big feelings” app gets opened, we have fewer resources to think and talk about the situation. We can’t do effective problem solving until we’ve soothed the emotions.

The first step towards that is to acknowledge them. That tells your partner that you see how they’re feeling and that their emotions get to have their space. It doesn’t work if you jump to problem solving or trying to explain why your partner shouldn’t have those feelings because when you do that, you’re sending the message that you want the emotions to go away. That either makes the feelings get louder in an attempt to get the attention they want, or it makes them hide and turn into resentment. (Protip: nothing destroys a relationship faster than resentment.)

It doesn’t take a lot to acknowledge the feelings. Here are some useful phrases to try (X = the emotion that’s going on):

Do you see how there’s nothing in any of these examples that would come across as saying that the feeling is something to change or get rid of? That’s how you start to turn towards the feelings.

In some situations, the person who’s triggered will be able to find their words pretty quickly. But at other times, the emotions need some support and some space to go through their trajectory. As the feelings get soothed, they’ll start to soften and get smaller, which makes it easier to be able to think and talk clearly about the situation.

It takes a lot of practice to make room for someone’s emotions without taking responsibility for them, getting defensive about them, or trying to make them stop. I’m a big fan of the book Taking the War Out of Our Words: The Art of Powerful Non-Defensive Communication, though there are plenty of other great guides. It can also help to have a therapist or a coach guide you through the process a few times. It’s easy to get off-track when you’re trying something new and I’ve seen how valuable it is for my clients to have me there to keep them headed in the right direction. Once you’ve had some success with someone acting as your training wheels, you’ll find your balance and will be able to do it on you own with more grace.

Another piece of turning towards the feelings is allowing them to be present, whether you think that they’re reasonable or not. You can still make room for the emotions even if you think that your partner is overreacting, they’re misinterpreting the situation, or they’re triggered by some other experience. Once the feelings have gotten the attention they need and have been soothed, you can have a conversation about what caused them and what to do with them. You still need to be able to have that talk without getting defensive about it, but it’s a lot easier when the emotions have had their say.

It’s also important for the person who’s been triggered to be able to talk about their experience without attacking or blaming. Saying “I feel like you’re a terrible person because you forgot my birthday” is, in fact, blaming. The feeling might be anger, sadness, or abandonment. The interpretation is that it means that they don’t love you or that they’re a bad person. Wrapping the interpretation up in an “I feel” statement doesn’t make it less of an attack. It just makes it a passive one. If you want your partner to turn towards your feelings, you need to take the risk of being vulnerable with them. Attacking or blaming them makes it harder for them to be there for you. It’s far more effective to say, “I feel really sad and hurt that you forgot my birthday,” even if it’s scarier.

Turning towards the feelings can be a little intimidating at first. If it’s new to you or your partner, there may be a backlog of old emotions that come tumbling out. It can seem like all it does is stir things up more, but if you make room for them over time, those past feelings will calm down. When there’s a backlog, all it means is that you need to go back and take care of them.

One of the fascinating things about emotions is that they have no sense of time. If they’ve been ignored or set aside for a long time, they’ll come out just as fresh as if the original event just happened. Feelings exist in the present, so it doesn’t matter if they were caused by something years in the past. As far as the heart is concerned, the feelings are just as real as if they were caused five minutes ago. So turning towards them is the same process, no matter how long they’ve been waiting their turn. And just as with present-day emotions, they’ll start to calm down once they’ve had their space.

If turning towards the feelings is new for you, it’ll probably take some time to feel confident in your abilities. And if your relationship has a history of blaming or attacking each other, or if you try to explain the emotions away, you’ll have some learning curves. There might also need to be some conversations to clear old patterns out and learn to trust each other. It won’t happen immediately, but it usually doesn’t take long to start seeing progress. Once you build some momentum, you’ll probably be amazed at how quickly things change.

If you’re looking for some help to make that happen, I offer coaching sessions over Skype or FaceTime as well as in my Oakland, CA office. Get in touch with me and let’s talk about how I can be of service to you and help you figure out how to make things easier.

3 thoughts on “Turn Towards The Feelings”