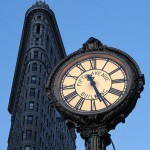 Mercury is beginning to shake out following its recent retrograde (which ended Friday night, but which might still be reverberating for you). Amanda Painter notes this should help you to unwind anything that got tightly wound recently. Continued new activity in Capricorn, a sign of initiative, should assist as well.

Whether you celebrate the Christmas holiday or not, I hope some seasonal serenity and joy have found you, and that you have embraced even the most seemingly commonplace opportunities to share it. Mercury is beginning to shake out following its recent retrograde (which ended Friday night, but which might still be reverberating for you), and this should help you to unwind anything that got tightly wound recently. 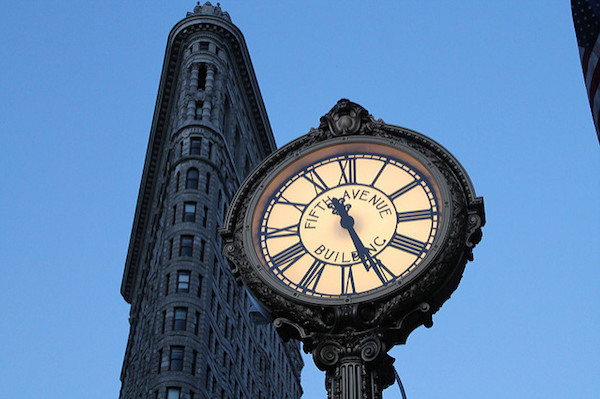 The Tiffany Sidewalk Clock near West 23rd St. and 5th Ave. in the Flatiron district of Manhattan. Photo by Elvert Barnes via Flickr/CC 2.0.

Continued new activity in Capricorn, a sign of initiative, should assist as well. Tomorrow (Monday), Venus ingresses Capricorn at 12:26 am EST (5:26 UTC), and makes its conjunction to Saturn later in the day.

I’ve gotten the impression that a lot of people have felt this holiday season has been ‘different’ in tone. I can think of a few reasons for that (including Mercury’s recent retrograde and the frustrating and frightening actions of the U.S. government), and there are likely plenty of personal challenges in the mix for many individuals.

While Venus in Capricorn, and especially conjunct Saturn, is not the most effusive situation for Venus to be in, it definitely has its positive qualities and can be most useful. For one thing, you might notice your sense of personal responsibility to your relationships coming into greater focus. By that I mean the idea that your integrity matters in all of your one-on-one dealings. It’s not about trying to prevent negative or uncomfortable emotions in others; it’s about honoring the fact that if you choose to have a person in your life, then you owe it to them and to yourself to treat them with honesty, empathy and awareness.

You might also notice more clearly this week where you can be of practical help to others. If having Venus and other bodies in Sagittarius emphasized spiritual orientation and a humanitarian streak, Venus in Capricorn suggests how you can channel what you’ve learned recently into meaningful working partnerships and down-to-earth approaches to problems.

It’s worth noting that Venus joins the Sun, Black Moon Lilith, Pluto and lesser-known bodies such as Quaoar and Eros in Capricorn, in addition to Saturn. Thanks to Saturn being the ruler of Capricorn, this would seem to translate into the ideas of boundaries, structure (including governmental and family structures) and accountability finding expression in several facets of your life right now. 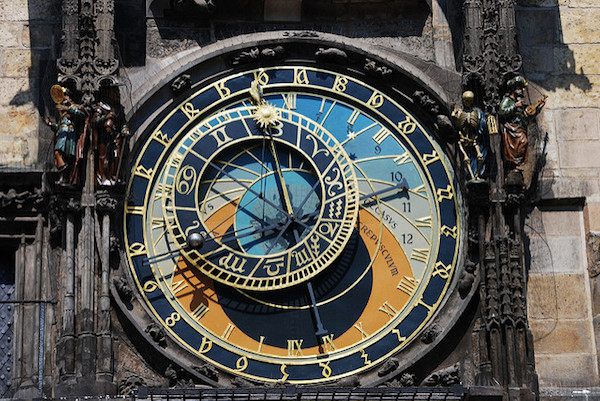 This could be especially true regarding family emotional baggage; see what you can deconstruct regarding any holiday guilt or flare-ups, should they arise. Chances are there’s a lot of useful information available if you’re willing to explore it.

As both Venus and the Sun make their way through early Capricorn this week, they make a series of aspects to minor planetary objects that elaborate on these themes — such as the reasons behind how things came to be the way they are; tendencies toward self-sacrifice; and what it means to make a promise and keep it. What promises have you made to yourself?

Tuesday’s first quarter Moon (the Moon in Aries making a square to the Capricorn Sun) should help to give you a boost in moving your plans ahead. Someone famous once said that structure is strategy moving in slow motion. If you have plans and goals that had to be put on hold for a while, perhaps begin moving them forward by tending to the structures you need in place to allow you to take those first (or next) steps. And remember: the most basic facet of structuring anything is often time — yet another representation of Saturn.

One thought on “Time to Get Practical: Venus in Capricorn”