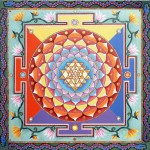 We have now passed through, or perhaps directly into, the Saturn-Pluto conjunction, which was exact a few minutes before noon Eastern Time on Sunday. This is a turning point in all of our lives. It is time for a check-in and a review. 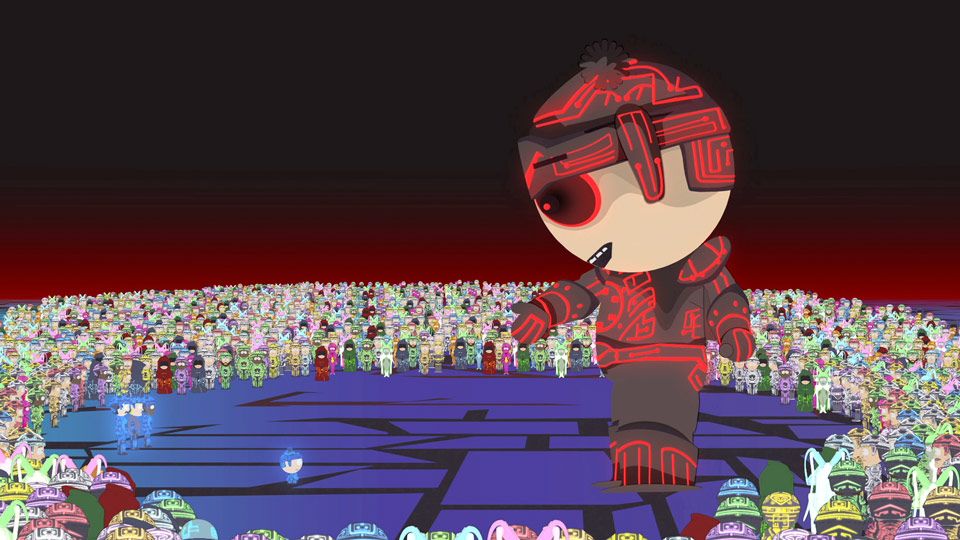 Stan faces his Facebook profile in the final battle. This is a perfect illustration of how “the meaning and significance of the body is utterly transformed and distorted” under the influence of digital technology.

We have now passed through, or perhaps directly into, the Saturn-Pluto conjunction, which was exact a few minutes before noon Eastern Time on Sunday. This is a turning point in all of our lives. It is time for a check-in and a review.

Using a bit of data from the Human Design system as a time template, you have an approximately one-week window to come to closure on important pending matters related to your personal history. This goes through Jan. 21 or so. You have leverage now. That means your efforts will be aided by larger natural forces. 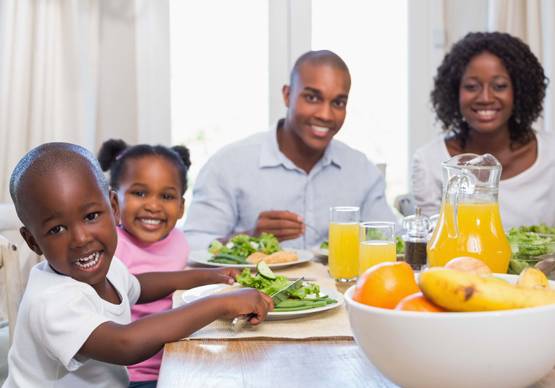 The notion of a family eating dinner together has become either a speciality item or an object of nostalgia. Photo: Parenting Magazine.

After more than a decade of extreme emphasis on Capricorn and what it represents, we now enter a transitional time where Aquarius will gradually come into focus.

My years of studying the media environment, under the guidance of the McLuhan family, have me feeling nervous about this.

I now have a sense of what digital technology has done to consciousness and to society. One effect is amnesia about the way things were done in the past, so these changes are concealing themselves. I think that as part of our recovery project, we need to honor elements of the past and how we lived there. We need to practice some tradition for its own sake, not as an obsession but as a point of contact.

The Meaning and Significance of the Body

Have you seriously considered these words of Eric McLuhan? I keep publishing them, hoping someone will notice.

“The body is everywhere assaulted by all of our new media, a state which has resulted in deep disorientation of intellect and destabilization of culture throughout the world. In the age of disembodied communication, the meaning and significance and experience of the body is utterly transformed and distorted.” 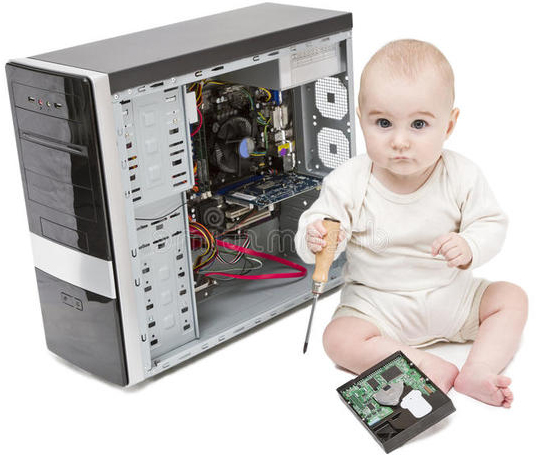 This will be the first child born with Pluto in Aquarius.

In exchange for all of this fantastic digital technology, we get a totally inchoate, incoherent and unstable society where people struggle to rub two brain cells together. We strain to remember what happened last week, much less understand its relevance. If you’re feeling scattered, rest assured, you have had a lot of help getting there.

There are a few people, devoted to literacy and a balanced worldview, who can see what is happening — to themselves and to others. If you value your inner reference points, and your sense of self, you can get to keep it if you want.

I think most of the rest are riding the digital flume.

There is one other thing. Underneath all this worldly stuff we see is the Dharma: the purpose; the choice to act as if to hold the world together. Khenpo Karthar Rinpoche has written, “It is important to understand that as bad as times are, the Dharma is not affected in any way. We do indeed live in an age of decadence, but the dharma is not decadent. The Dharma is the same as it has always been.”

And in the end, the Dharma is all that matters. It is always your option; you may always choose it as your purpose, even if you have 10 seconds to live. Choose to honor Dharma and your life takes on an underlying purpose. You connect to everything and everyone in a new way.

We cannot go back to the old environment. What happens with each wave of technology is that a new environment is created — indeed, many new environments, which have an aggregate effect.

The digital environment is intensifying, and it is growing on the ruins of the previously literate environment, which facilitated individuality. Literacy promotes inner awareness and a coherent perception of the world. Electrical technology eviscerates individuality, eliminates privacy and turns people into mindless tribesmen 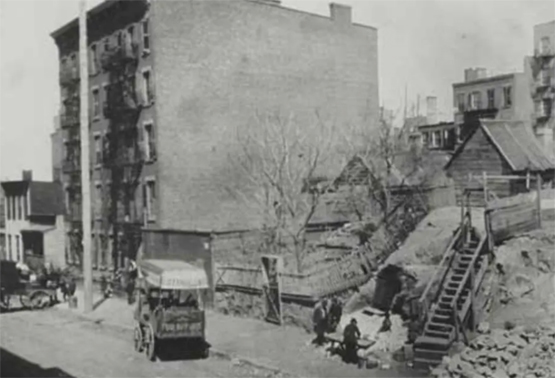 We are accustomed to physical environments transforming and being replaced by new ones. Few would recognize this old scene from Hell’s Kitchen as being just north of what is now Penn Plaza in Manhattan. Mental environments work the same way. The old ones are erased and replaced with nary a trace remaining.

The current breakdown began, so far as I can tell, with radio one Uranus cycle ago — about 85 years or so.

Saturn, Jupiter and finally Pluto entering Aquarius indicate that digital is going into overdrive. (Saturn makes its first ingress in March, followed by Jupiter in December and Pluto in 2023.)

We are already at the point where we may be recognized anywhere we go. It is now only meekly possible to take a walk or a ride on the subway and still be anonymous, which means having any privacy.

G5 technology, Facebook’s mindreading bracelet (now being shipped, according to the Zuckerbot), virtual and augmented reality, and many other factors of artificial ‘intelligence’ and robotics are all pointing to a world that emulates the Netflix series Black Mirror. If you have not seen this, one episode is all you’ll need; any one will do. It is frightening, particularly because it’s illustrating where our lives seem to be going.

While people are still analyzing the effects and the abuses of Facebook, we need to be asking how we are going to conduct ourselves in a world where there is absolutely no privacy, including the contents of your mind.

Is this something that you want? We are facing a question of how to remain in contact with our humanity, with our senses, with our basic needs for companionship.

Where To From Here

While there is no turning back, there is the possibility of turning forward and considering the world that we want. While new environments transform us, they also transport ideas that can be useful, very useful, in maintaining self-awareness and a measure of freedom. 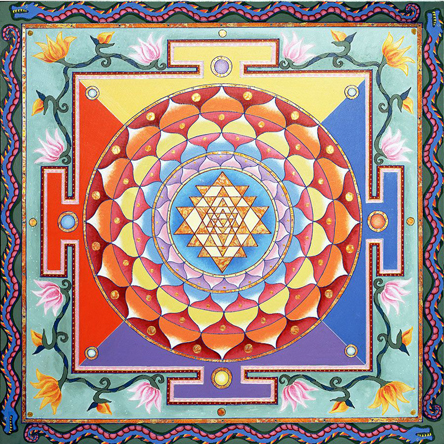 Another Sri Yantra — an illustration of the nature of being and existence, and an important tool in tantric practice.

Electrical media extend the central nervous system. The usual response is to cut off. You also have the potential to extend and to stay aware. It is not an oversimplification to say that the antidote to any condition that robs you of your consciousness and self-awareness is to stay awake and alert. Or to wake up in the first place.

The three years of Saturn in Aquarius (spanning from 2020-2023), joined by Jupiter in 2021, represent a time to stake out your possibilities. We have a very brief interval where we can expand into some new potential, establish some order, set some boundaries and conduct focused creative experiments.

Most of these will be social: that is the primary realm of Aquarius. But now social has been almost entirely supplanted by its digital clone. While individual consciousness is being dismantled, so too are the social bonds that keep us strong, healthy and sane.

This essay might help. It is the Aries 2020 INTELLIGENCE reading. I am offering this as a published product, and I also think it will benefit everyone to read it, so here it is, without the need for a password.

Onward into the unknown.

One thought on “The Saturn-Pluto Initiation”

Capricorn 2020 Audio Reading by Eric Francis -- Your sign is hosting the pivotal Saturn-Pluto conjunction. Eric explains this once-in-a-lifetime juncture with a new and empowering viewpoint, and offers the practical motivation you need to navigate it. Order your reading today and get inspired for your next 12 months.
Sagittarius 2019-20 Audio Reading by Eric Francis -- Eric covers Jupiter’s conjunction to the Galactic Core, a review of Jupiter in Sagittarius and a preview of forthcoming Jupiter in Capricorn. Get instant access here.
Latest readings for all 12 signs