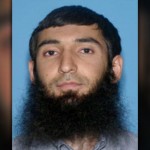 Many factors in his natal chart describe a person under extreme inner pressure, but also with the ability to be innovative (Saturn conjunct Uranus). He might have groomed himself into a scientist, engineer or inventor, but he could not handle his own volatility. He was driven by a kind of spiritual motive, though like many who feel a calling, he manifested it in a toxic and hateful way. 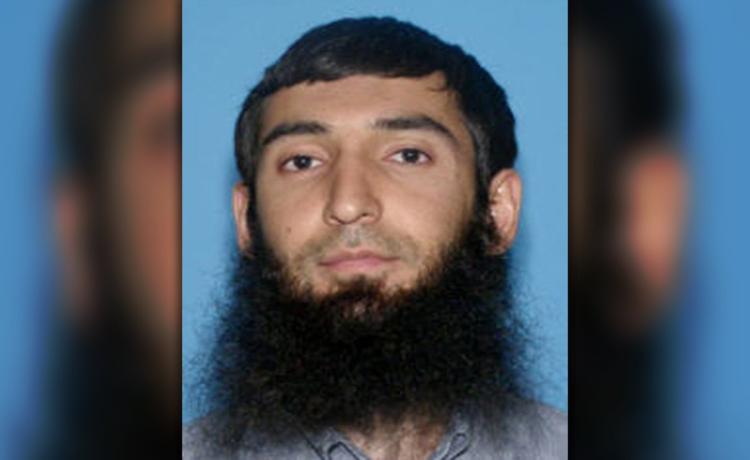 Police photo of Sayfullo Saipov, suspect in the NYC terrorists attacks of Halloween.

The beauty of New York City is that someone can show up from Kansas, Poland, Australia or Russia on Thursday and be a New Yorker by Saturday night. Even those whose great-grandparents were born in the city accept new arrivals as bona fide New Yorkers without asking questions, because that’s what cosmopolitan means.

It doesn’t always work so well for everyone arriving in the United States. Sayfullo Habibullaevic Saipov emigrated to the U.S. from Uzbekistan in 2010 but could not find stable work or a home community, and instead came to New York City to wreck the lives of many people: murdering eight and injuring numerous bicyclists and pedestrians.

The chart for this incident, which took place shortly after 3 pm on Halloween, is soaked in emotional pain, like a child taken away from his mother. It’s made of a sense of wounding, combined with pent-up frustration that needed a way out; and once it found that way, the emotions involved expressed themselves as unmitigated rage.

Without getting too Freudian here, the chart describes an attack that, more specifically, was driven by sexual agony, loneliness and a sense of being homesick: everything you might expect in the life of a 29-year-old man far from his country, who could not settle into a life and a community. Add to that the raging hormones of a young man, and some hateful ideology, and you get a toxic combination.

The incident chart also describes a government that’s too far removed from the situation to do much about problems like this. Despite trillions spent on alleged prevention of terrorism, government entities are at much more than arm’s length from the reality on the ground.

Saipov’s natal chart, set for noon on Feb. 8, 1988, describes a person who is far from stupid. With the Sun and Mercury in Aquarius, he’s too smart for his own good. With Mercury retrograde, he’s capable of outsmarting himself.

The chart indicates his mother egged him on, and she to this day maintains that he didn’t do what he did intentionally — she believes, or claims to believe, that he fell asleep at the wheel. This is evidence of enabling behavior, to say the least.

Many factors in his natal chart describe a person under extreme inner pressure, but also with the ability to be innovative (Saturn conjunct Uranus). With discipline, he might have groomed himself into a scientist, engineer or inventor, but he could not handle his own volatility. He was indeed driven by a kind of spiritual motive, though like many who feel a “higher calling,” he manifested it in a toxic and hateful way.

Looked at from one point of view, there’s a split in his chart: he cannot decide whether he wants to be a lover or a warrior. With no love available, for him the obvious (or only) choice was war. Energy has to go someplace, and based on his biography, we know that he had no easy outlets. Particularly at this stage of his life, he needed them.

Saipov is 29 and was weeks away from his Saturn return at the time he committed his crime. Saturn return is supposed to be a point of maturity, and is often when a person “becomes something” — career changes, marriages, divorces and restructuring of one’s life are all common events at this age. He certainly succeeded at “becoming something.”

This need to grow was compounded by a major Chiron transit: his “Chiron square,” which happens only a few times in a lifetime, and boils down to a turning point in the process of healing. Saipov’s Chiron square, under ideal conditions, would be about finding his way — and to him it may have felt like any actual choice he made would be his “destiny.” Destiny, or rather the belief in destiny, is dangerous; though in the end, that feeling is probably what gave him the confidence he needed to do what he did.

It’s probable that this person only made a few actual choices in his life, and his last one turned out to be a very bad decision. 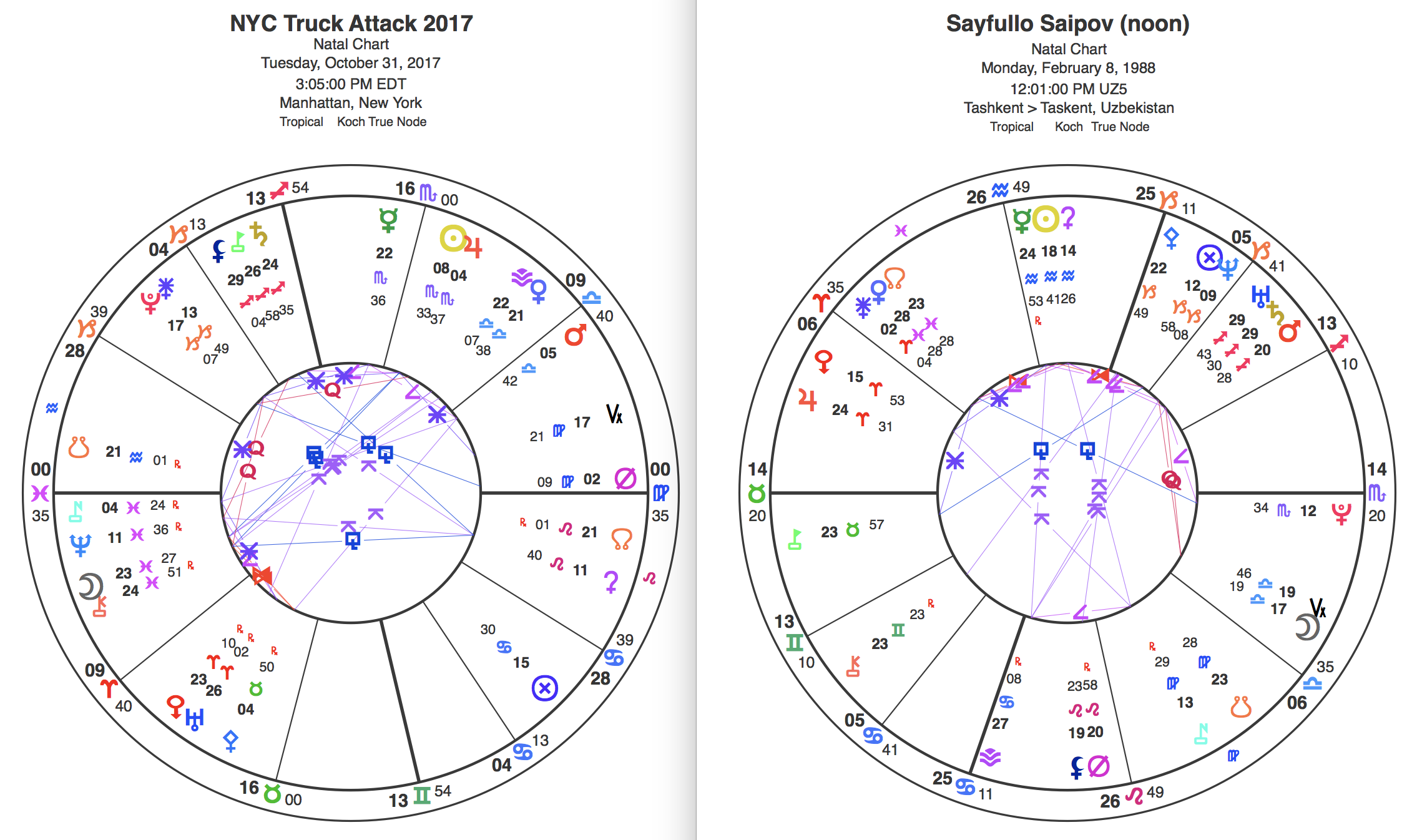