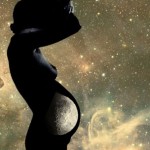 The combination of the New Moon and Mercury retrograde is saying focus on the background as much as the figures in the foreground. With this aspect in play, study the environment around you; study what you think of as normally being invisible. Look at what you don’t usually look at — that which is behind and around who and what you do normally focus on. Whatever it is may be holding a lot of energy and influence.

Note to Readers: on Thursday I published a weekly horoscope that covers Mercury retrograde for each of the 12 signs. All readers may access that here. Below each sign is a five-minute preview of my audio Mercury retrograde reading. 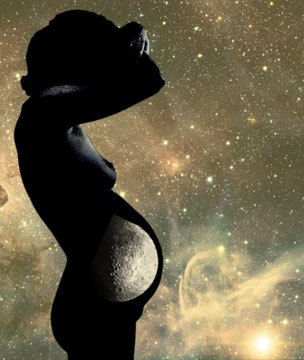 Tonight is the Taurus New Moon. It snuck up on us in the midst of much other astrology. The exact Moon to Sun conjunction in Taurus happens Monday morning at 12:13:13 am EDT (4:13:13 UTC).

That will be followed by Mercury stationing retrograde in Gemini less than 24 hours later, Monday at 9:49 pm EDT (Tuesday at 01:49 UTC). The two events are happening close enough to be considered one meta event.

The main difference between the charts is that for the Taurus New Moon tonight, the Moon is obviously in Taurus. For Mercury stationing retrograde, the Moon is conjunct Mercury in Gemini, though the Moon’s emphasis speaks more of similarity than difference.

It’s as if the Moon bridges the two events. In the Mercury retrograde chart, for example, the Moon is in a very close square aspect to Neptune, emphasizing the point that perception requires a rational analysis, fact-checking and other forms of verification.

The message of Mercury retrograde is: don’t take anything for granted. Confirm all arrangements till you’re satisfied that everyone has a grip. Do not assume, especially about how people feel, including how you feel. Feelings will change as aspects develop.

Keep an eye on your money and on your Internet security. I’ll have more to say about this in Tuesday’s morning Core Community edition and Planet Waves FM.

Of note, tonight’s New Moon is the first in recent memory that does not take place within one day of the Sun changing signs. This takes the pressure off of things — there’s already enough activity around the Sun’s sign change without having the Moon change signs at the same time. For reference, the Sun ingresses Gemini later this week, on Thursday, May 21 at 4:45 am EDT (8:45 UTC).

It does, however, describe a phase of transition. After tonight’s Moon to Sun conjunction, both bodies are done making major aspects in Taurus (the ones recognized from ancient days — the conjunction, sextile, square, trine, and opposition). But the New Moon does make a 150 degree aspect to the Pallas-Pholus-Galactic Core conjunction.

To me this is saying focus on the background as much as the figures in the foreground. With this aspect in play, study the environment around you; study what you think of as normally being invisible. Look at what you don’t usually look at — that which is behind and around who and what you do normally focus on. Whatever it is may be holding a lot of energy and influence.

In addition, you must be mindful of Mars in Gemini. That seems to be the placement associated with something going off the rails (see my coverage of the two train crashes at Frankford Junction in Philadelphia). Do not count on some kind of automatic brake system intervening. You need to know what the gas and the brakes are, and use them at the appropriate times.

It’s VERY easy to forget this in our world of “every man for himself,” where it’s often considered weird to widen your view and look at the whole landscape instead of just the few things we’re conditioned to fixate on.

What our lives need the very most right now is context. To the extent we feel lost, adrift or overwhelmed, the thing needed is context.