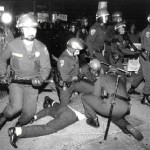 Planet Waves is running a membership drive. Read more in Solstice Fire and the Art of Service, by Eric Francis.   IT’S CERTAINLY BEEN an interesting week as the Sun and Mars crossed the Aries Point. This we are seeing in true Anti-Sixties style, though the news has mostly been reassuring. Today in particular, a […]

IT’S CERTAINLY BEEN an interesting week as the Sun and Mars crossed the Aries Point. This we are seeing in true Anti-Sixties style, though the news has mostly been reassuring. Today in particular, a struggle publicly begun at the Stonewall Inn in Greenwich Village, Manhattan in the incredible summer of 1969 came to a close. 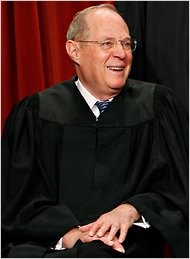 Supreme Court Associate Justice Anthony Kennedy, who wrote the decision for the majority.

The Supreme Court, along party lines, ruled that it’s not allowable by the American constitution to discriminate against same sex couples who want to marry. Marry means shared lawful household, the right to adopt, hospital visitation, inheritance rights and a few pretty good tax breaks.

What began 46 years ago as a sexual liberation movement has arrived at its destination as a family values movement. As skeptical as I am about that, and about marriage, this is a true turning point for society.

If nothing else, the five justices who voted for this ruling had the guts to stand up to the American Taliban. Fundamentalist Christian leaders and organizations, so influential in American government and responsible for so many of its policies, oppose same-sex marriage vehemently. All of the homophobic mania we’re seeing is largely the product of intentional religious teaching. Yes, homophobia has been around for a while, but the Christian movement has, for two millennia, made antisex a centerpiece of its theory of existence, and this has come to a sharp point with the venom expressed toward anyone vaguely queer.

There are notable exceptions in the Unitarian Universalists, the Quakers and the United Church of Christ (among others). Admirably, Pope Francis has recently asked his flock to back off and get a new issue. But these are rare (and recent) exceptions.

So one thing we are seeing here is a renouncing of Christian values about sex, which are not friendly and defy intuition and common sense. Let’s face it: anyone who opposed same-sex marriage was missing something obvious. Like, super duper obvious. Anyone who still does, still is. Opponents have not gotten over their own homophobic gag reflex. In my mind, it’s that simple. (Homophobia is merely self-hatred, but that’s another discussion.)

Associate Justice Samuel Alito (who voted against marriage equality) was correct in asking, during oral arguments earlier this year: So if we allow same sex couples to marry, what’s to stop groups of four from wanting to marry? Most liberals and gay-rights supporters would scoff at that (it’s in the same league as those who question whether this will not open the way to marriage between humans and critters; well, if it did, I would marry my dog-friends).

The astrology associated with today’s ruling is stunning, to the point of funny. 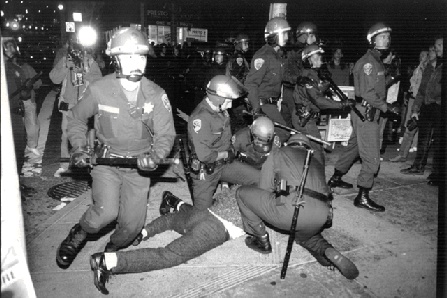 Scene from the Stonewall riots of summer 1969, Greenwich Village, Manhattan. What’s all the fuss? Gay men, of course!

Apart from being on the anniversary of other landmark gay rights cases, and on Pride weekend (if I recall), there is a lot of information in the planets.

Mars and the Sun on the Aries Point (via the sign Cancer, in the style of family matters) means this ruling will reach far and wide. Personally, I think that homophobia is at the core of most violence in society, particularly against women. The Supreme Court cannot rule against an emotion or mental chaos, but it can point out that something is normal. That is the real meaning of this ruling: QUEER IS NORMAL.

It’s so normal they can now get married. By a judge. In Mississippi or Alabama or Illinois or Connecticut or Puerto Rico. By extension or inference this puts the world on notice: what you think is really weird may also be normal.

OK, back to astrology. This struggle has come to a head in parallel with the Uranus-Pluto square. Those are the years when hearts and minds just seemed to change, and just about everyone got it. More locally, we pulled out of the Mercury-Neptune fog thunderstorm and attained some clarity.

And of course, the Sun and Mars ingressed Cancer, a sign that rivals any other for its public influence, impact and messaging power. That’s because humans are emotional critters above all else. Further, we are tribal and furthermore, the chart of the world — the Thema Mundi — has Cancer in the ascendant.

The real gem of the gay marriage chart’s astrology is in its progressed charts. In fact this is the single most stunning progression I’ve ever seen, even surpassing the progressions of Orson Welles the night of the infamous War of the Worlds broadcast of 1938. 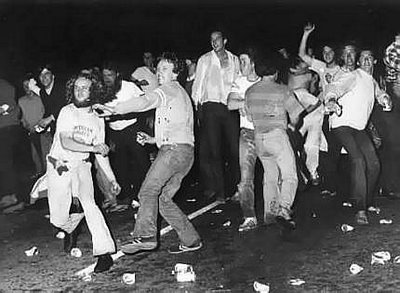 Another exciting moment from the Stonewall riots, which took place over several days in 1969 the night after gay men resisted a raid of their neighborhood bar.

Progressions are just like transits, only slowed down to a scale of one to 365. In other words, if you’re 46 years old, your progressed chart is that for your 46th day. Progressions mainly study the first 90ish days after your birth, applying that symbolically to years.

The chart in question is that for the Stonewall Incident, this time of year in 1969. Queer folk at their neighborhood bar finally had enough of the busts and the harassment, and decided it was time to take it to the streets with the cops. The police sustained casualties, so did a bunch of gay people, and a movement was born.

I’ve been watching that chart, linked below, during the course of the whole gay scene in the Supreme Court. Today I checked progressions to Stonewall. I am one of the weirdos who use progressions for charts of old news events.

Well, today, this very day, is the Leo New Moon in the Stonewall progressed horoscope. New Moon happens by progression once every three decades. It defines an era that lasts a few years. It would be humorous if the New Moon happened within a few years of this decision. The stunning thing is that it happened today, to 1/30th of a degree precision — it’s exact right around the time you’re reading this Friday into Saturday morning.

This is just ridiculous precision and it not only speaks to the monumental significance of this event, it also is a nudge to astrologers in the direction of progressions (no pun intended, another term for progressions is ‘directions’). 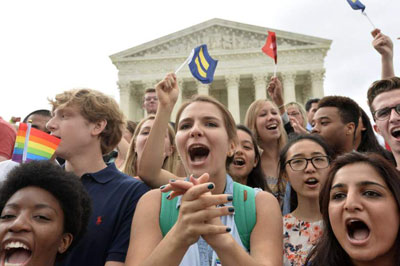 I do want to warn about a potential double ending. Women’s rights are on the block. Rights are flowing away from the direction of women (in particular, reproductive rights, which means ‘personal destiny’ rights). The Supremes have not shown they’re as friendly to women as they are to queers — the Hobby Lobby decision a case in point. There are lots of cases challenging Roe v. Wade floating around the federal courts right now.

Anthony Kennedy, the hero of the day for being the swing vote (he usually votes with the conservative bloc) has personally invited cases challenging reproductive rights (particularly those to end a pregnancy) to be brought before the court.

What we have learned from the queer movement is that it’s worth a long struggle to get what you need. Women have been through many long struggles since the 20th century (and obviously for millennia). You might want to keep the gains you’ve attained and that we indeed have pushed for on behalf of women.

You might ask yourself why this Constitutional amendment failed in the 1980s:

“Equality of rights under the law shall not be denied or abridged by the United States or by any State on account of sex.”

Planet Waves is running a membership drive. Read about it in Solstice Fire and the Art of Service, by Eric Francis. 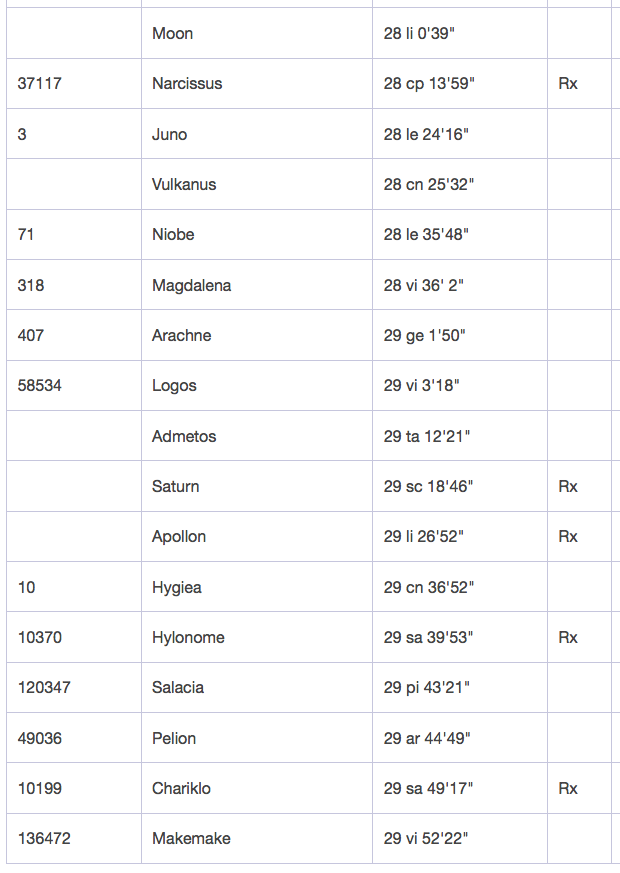 31 thoughts on “Stonewall and the Supremes”