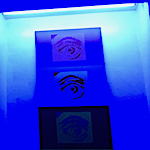 The Moon is currently waning toward a conjunction with the Sun near mid-Gemini: the Gemini New Moon, which occurs on June 3. Amanda Painter suggests that it may help to focus us on the more subtle ways our perception can work; such as how what’s on the periphery of consciousness in more than one way can offer keys to our greater self-understanding.

The Moon is currently waning toward a conjunction with the Sun near mid-Gemini: the Gemini New Moon, which occurs on Monday, June 3. It appears to be a lunar event that may help to focus us on the more subtle ways our perception can work; such as how what’s on the periphery of consciousness in more than one way can offer keys to our greater self-understanding. 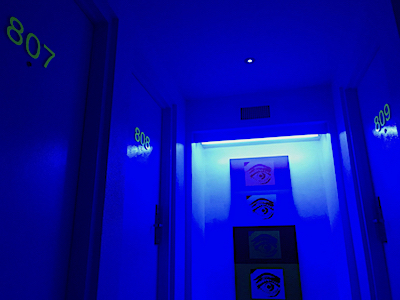 Specifically, I’m looking at two asteroids flanking the Sun and Moon in that chart: Magdalena (associated with Mary Magdalene, a disciple of Jesus of Nazareth) and Altjira (named after an aboriginal creator deity of the dreamtime).

Among the delineations I’ve seen for Magdalena are commitment to a group or collective cause, and an inner change in direction after intuitively noticing small signs or miracles in everyday life. Interpretations for Altjira include envisioning and dreaming, as well as some form of withdrawing or distance.

New Moons tend to be more internally oriented than Full Moons anyway, and signify one’s conscious awareness and unconscious aligning. With Magdalena and Altjira so closely involved, there’s dual emphasis on the suggestion to pay particular attention to your intuition, incidents of synchronicity, perfectly timed words and ideas offered by someone in a group or by ‘the collective’ (the collective unconscious?), the dreams you have while sleeping this weekend — even if they seem somehow distant — and how any of these things match what you envision for your life.

Note also that the Gemini New Moon is within a couple degrees opposite the Great Attractor, a deep-space phenomenon in mid-Sagittarius. One thought here is to notice what “small signs” and dreams have to say in the face of what is compelling yet obscure. As in, where do they meet the big questions you have (such as regarding the meaning and purpose of your life)? What do they tell you about something you feel inexplicably drawn toward — whether it be a concept, a goal, or a philosophy — or even about something that you find polarizing or triggering? How many layers or angles to the issue do you see?

Mercury in the New Moon chart underscores this kind of meeting, as it opposes the Galactic Center and the centaur planet Ixion. There we have the earthly, busy, detail-oriented mind reflecting something so vast, distant and central to our existence, it may be impossible to put words to the experience. Ixion, I think, may be a reminder of the dark ways in which we can turn our backs on the beautiful mysteries of the universe when we feel overwhelmed by and unworthy of them. It’s a reminder that we can make another choice.

In Pisces, square the New Moon and its attendant asteroids, are the centaur planet Nessus, the asteroid Icarus and, more loosely, Neptune. There appears to be something here about the need to ‘stop the buck’ on the ways we undermine our more subtle senses; that in the process of trying to escape the limits of our rational minds, we also have to learn to hear our own inner voice, and to discern sound advice from the fears and limited imaginations of others. I’d be curious to know if anyone reading finds any of these themes coming through for them early next week.

In the meantime, today Mercury makes its exact opposition to Jupiter in Sagittarius — a reminder to keep your viewpoint flexible as you shift between the broad or long-term view of things, and the details of a particular matter. (A little more was said about this on the Monday Morning page.)

I also noticed that as Venus travels through Taurus (it’s now just over halfway through this sign, which it rules), it makes a series of aspects over the next few days. These include a square to the asteroid Psyche in Aquarius, a trine to Saturn in Capricorn, and a sextile to Juno in Cancer (all exact on Friday), plus a trine to Pluto in Capricorn (exact on Sunday).

Venus-Saturn trines are said to offer stability in relationships, which could make this a good time to discuss any problems with a partner. The earthy natures of Taurus and Capricorn underscore a sense of grounded-ness and sure-footed contact.

What might you need to address? Psyche suggests that there may be a rather crystallized sense of wounded-ness regarding love or a particular relationship, or regarding how you function in your most intimate partnerships. Are your physical senses offering information that could be useful in pursuing healing, or in loosening up your ideas about your options in that regard?

Venus might still be carrying some juice from its encounter with Uranus early in Taurus — such as a new way to approach the matter. I suspect the same could also offer some traction with whatever unmet emotional needs Juno represents — with Pluto offering a supportive impulse to dig into anything that is ripe for change.

It is, after all, still planting season in the Northern Hemisphere. It is time to till the ground and sow some seeds, of both the physical and imaginative kind. After that, we get to witness the small, everyday miracle of growth: the dream emerging from below the surface, sending down roots as it reaches toward the impossibly far-off sky. We get to witness and grow our understanding of who we are becoming, as it happens.