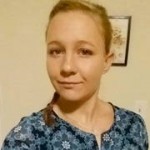 NSA Contractor Charged for Leak After Intercept Exposé Reveals Russian Cyberattack of 2016 Election
A military intelligence contractor has been arrested and charged with leaking a top-secret NSA report to the media that reveals Russian military intelligence conducted a cyberattack on at least one U.S. voting software company just days before last November’s presidential election. The charges were announced after The Intercept published part of the NSA report on Monday. It is the first criminal leak case under Trump.

Meet Larry Krasner: Civil Rights Attorney, Death Penalty Opponent & Democratic Philly DA Candidate
Will a defense attorney with a long record of standing up to prosecutors and police soon head one of the nation’s busiest district attorney offices? Civil rights attorney Larry Krasner is considered the front-runner in the race to become Philadelphia’s next district attorney after he overwhelmingly won the Democratic primary last month. Over his career, Krasner has represented protesters with Black Lives Matter, Grannies for Peace, ACT UP and Occupy Philadelphia. He’s promised to never seek the death penalty.

Republican Prosecutor Seeks to Beat Civil Rights Lawyer in Race for Philadelphia District Attorney
Coverage continues of the Philadelphia district attorney’s race with Republican nominee Beth Grossman, a prosecutor with more than 20 years’ experience serving in every unit in the Philadelphia District Attorney’s Office. Grossman is a fourth-generation Philadelphian who says she is committed to seeking justice and improving the quality of life for all Philadelphians. From 2007 to 2015, she led the city’s Public Nuisance Task Force, which handled civil asset forfeiture. The controversial practice enables district attorneys to seize people’s property and cash even if they are not convicted of a crime. Grossman now faces a tough battle in the upcoming November election against Democratic rival Larry Krasner for the district attorney seat. Philadelphia has been a staunchly Democratic city for more than 60 years.