Eris is not all bad news; neither is bringing the Sun’s awareness or Mercury’s articulateness to feelings of being snubbed, however that shows up this weekend. But with Mercury so close to the Sun, you might have a blind spot in this crucial area of self-awareness — so do your best to express yourself consciously.

So, I had this wacky dream Wednesday morning. Partly awake yet still in the dream world, I thought to myself, “Oh yeah — that’s about the current astrology with Mercury, the Sun, Uranus and Eris.” 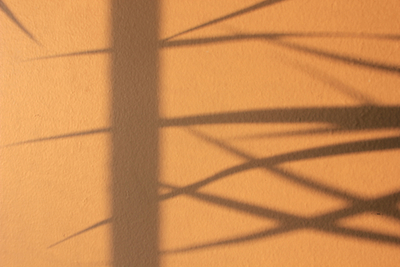 The dream was filled with all kinds of interrupted and detoured travel, risks while driving, back-tracking, getting lost (even though I was only trying to go a short distance); I was cut off from communicating with the people I was trying to meet, yet ended up having this involved conversation with a stranger about a woman who, many months ago, nearly undermined a collaborative endeavor — thanks to projecting her unprocessed issues onto the situation (without owning up to it).

I’ll spare you an analysis of my dream (and no need to offer me one), but I wanted to mention it because it seemed to cover so many potentially relevant themes.

The primary astrology involves Mercury moving from its conjunction with Uranus in Aries (which was exact Wednesday) to a conjunction with the Sun (exact tonight into Friday, at midnight EDT / 4:00 UTC). From there, Mercury and the Sun both conjoin the dwarf planet Eris in close succession: first Mercury meets Eris on Saturday, then the Sun does the same Sunday. It all happens quickly enough and close enough together on the zodiac that we can look at it all as one event.

Monday on Planet Waves, Eric described the Sun-Uranus conjunction in Aries as potentially coming with a discovery “in the form of a disruption that demonstrates the extent to which you’re in the matrix.” It’s worth considering whether that happened for you, because the Sun (representing your ego consciousness) and Mercury (your intellectual mind and communication, and also related to travel — think Mercury retrograde SNAFUs) are carrying awareness of that discovery/disruption with them to their meeting with Eris.

Now, tonight’s Mercury-Sun conjunction looks great for thinking quickly and communicating your ideas to others. Self-expression is especially natural in Aries. Which means you’ll need to remind yourself to pause and listen, too.

A Mercury-Sun conjunction can get a little egoistic (doubly true in Aries, the sign of “I am”), and that egoism isn’t helped if you have a blind spot in your awareness. Blind spots happen easily with the planets of mind and ego so close together.

It’s that potential inability to see into your own shadows or to look beyond your own experience that could trip you up as the Sun and Mercury approach Eris. Barrel straight ahead into the weekend, and you might not notice a reactive or passive-aggressive impulse to express some part of you that feels left out or unvalued.

Mythological Eris has a reputation for stirring up chaos due to having felt slighted. We all have this part of ourselves; some part of your identity that you’ve set aside or diminished. You might know who in your early years first ‘banished’ or pointedly ignored that part of you.

You might even be able to list situations that trigger the hurt you carry around this part of yourself. Possibly you’ve noticed that the less aware you are of this trigger and its internal origins, the more likely you are to act out (or speak out) against those who seem to be ‘causing’ it — and the less likely you are to take responsibility for your reactions. I can see this clearly in the woman I talked about in my dream (and I’m well aware that, in dream-speak, she represents a part of me with the same tendencies).

Eris is not all bad news, however; neither is bringing the Sun’s awareness or Mercury’s articulateness to her, however she shows up in you this weekend (and you might already be noticing her). In the same way that a disruption by Sun-Uranus may have showed you your immersion in a pattern, allowing you to choose more consciously how you interact with that pattern, Mercury and the Sun conjunct Eris gives you a choice and an opportunity.

You can choose, if you’re aware of that cast-aside part of yourself, to express it consciously, constructively, respectfully and in a safe space — rather than unconsciously letting it shoot out in ways that undermine you, your important relationships and the sense of acknowledgement and being valued that you desire. Through conscious expression, you can bring a measure of unity to the facets of yourself that may often seem at odds with one another.

True, it can feel like a big risk to express and acknowledge the parts of you that feel unloved or unworthy, or that tend to be passive-aggressive or self-sabotaging. As my dream suggested, it’s not a straight path: it can be full of detours, backtracking, unexpected encounters and limited ability to communicate. You might feel lost and then find yourself far from where you thought you were headed. That’s not always a bad thing.