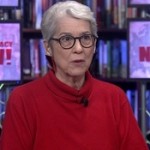 Amid the mounting number of lawmakers calling on President Trump to resign over multiple claims of sexual harassment and assault, we speak with one of Trump’s accusers. This week, New York Senator Kirsten Gillibrand became the fifth senator to call for Trump to step down.

Republicans Agree on Tax Bill “Of, By and For the Political Donor Class” with Tax Cuts for the Rich
Republicans in Congress say they have reached a deal on final tax legislation that will overhaul the U.S. tax code, dramatically impacting not only household income, but also healthcare and domestic spending. The plan would slash taxes by nearly $1.5 trillion, with the vast majority of the cuts benefiting major corporations and the richest Americans, including President Trump’s own family. A final vote could take place next week. David Cay Johnston is a Pulitzer Prize-winning investigative reporter and founder and editor of DCReport.org.

Meet Jessica Leeds, Who Recalls Being Groped by Trump & Is Calling for Congress to Investigate
Amid the mounting number of lawmakers calling on President Trump to resign over multiple claims of sexual harassment and assault, we speak with one of Trump’s accusers. This week, New York Senator Kirsten Gillibrand became the fifth senator to call for Trump to step down. Three of the 16 women who have publicly accused Trump of sexual harassment held a press conference Monday in New York, demanding that Congress take action. The women shared accounts in which they said Trump groped, fondled and forcibly kissed them. Trump responded in a tweet that they were “false accusations and fabricated stories of women who I don’t know and/or have never met.” Guest Jessica Leeds has said Trump groped her in the first-class cabin of a commercial flight. She recently retired, after working 30 years as a stockbroker, and is a mother of two and grandmother of eight.

U.S. Support “Vital” to Saudi Bombing of Yemen, Targeting Food Supplies as Millions Face Famine
In Yemen, the U.S.-backed, Saudi-led coalition has bombed a Houthi military police camp, killing at least 30 people, most of whom were imprisoned inside the camp. One official said at least 35 bodies had been recovered from the blast site so far. The Saudi-led coalition has escalated its bombing campaign in recent days, following the killing of former Yemeni President Ali Abdullah Saleh. Days before his death, the longtime leader switched sides in the ongoing war and threw his support behind the Saudi-led coalition. He was then killed by the Houthis. The U.S.-backed, Saudi-led bombing campaign has devastating Yemen’s health, water and sanitation systems, sparking a massive cholera epidemic. The Saudi-imposed blockade has prevented critical food, water, medicine and aid from reaching civilians. The United Nations has warned that over 8 million people are “a step away from famine.” Award-winning journalist Iona Craig, journalist was based in Sana’a from 2010 to 2015 as the Yemen correspondent for The Times of London. Her new piece for The Guardian is titled “Bombed into famine: how Saudi air campaign targets Yemen’s food supplies.”