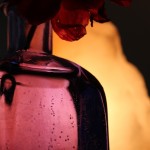 Two powerful planets are making an action-oriented aspect, which should immediately put you on notice to check your motives. Also, Juno and Pallas change signs this week.

As the Sun approaches the midpoint of Scorpio this week, that sign’s two ruling planets come into contact. Mars (traditional ruler of Scorpio) is in Libra, making a square to Pluto (the modern ruler), which is in Capricorn. These are two powerful planets making an action-oriented aspect — which should immediately put you on notice to pay attention. 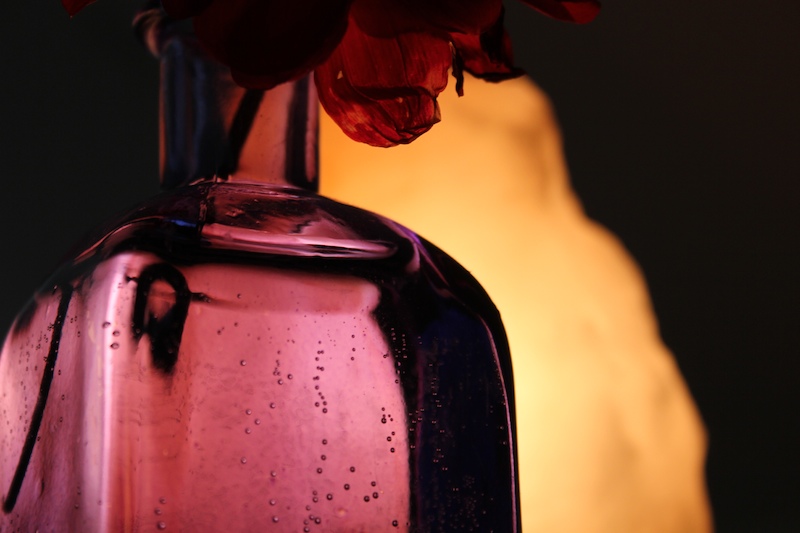 Astrologer Isabel Hickey describes Mars in Libra as “Alternately as meek as a lamb and as angry as a hornet.” That gives you some insight into the extremes of expression it can take.

All planetary placements have their ‘shadow’ manifestations and their more constructive expressions. Yet there’s something about this depiction of Mars in Libra that succinctly illustrates the potential for vacillation that sign is famous for, and takes it up a notch.

As harmony-loving and people-pleasing as Libra is known to be, there’s a reason why Eric likes to call it “the human blowtorch.” But it’s not about anger; this is his way of describing how Libra’s airy creative energy can get lit, and then burn brightly enough through what it creates to light up everyone else around.

When you add Mars — the planet of sex drive, motivation, anger and aggression — to Libra, that sign’s dynamics get heightened. You might see intensified creativity or someone super-motivated to be kind and diplomatic; you might see the get-up-and-go of Mars hang back and chill instead; or you could witness a Molotov cocktail in human form.

Pluto, named after the god of the underworld and known as the compelling ‘change or die’ imperative (which often applies to metaphorical types of death, such as that of the ego) also has its creative side. That is, it represents one side of the equation needed to bring anything new into the world: the ability to uproot and clear out what’s not working to make space for what is to come.

Pluto’s been in Capricorn — the sign of business, governments and similar institutions — since 2008, and we’ve been observing Pluto’s slow, insistent, undeniable imitation of a bulldozer against the cultural landscape that entire time. Its aspects between then and the near future — with such other change-heralding planets as Uranus, Saturn and Eris — represent major processes and peaks in our collective evolutionary experience. 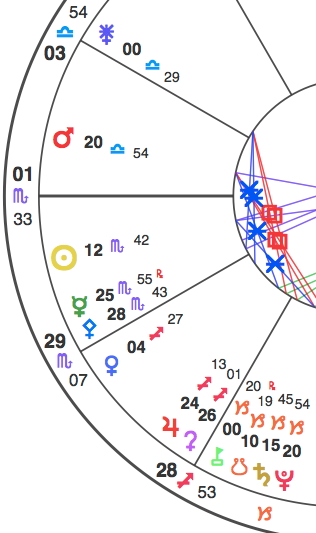 Chart section for Mars square Pluto. Juno and Mars in Libra are at the top; Pluto is at the far bottom-right. View glyph key here.

What happens when Mars meets Pluto in a square aspect? Potentially quite a bit. Mars square Pluto is exact on Nov. 5 at 5:28 am EST / 10:27:56 UTC. Yet Mars aspects in particular have a way of making themselves known in advance. Possibly you’re already aware of whatever it describes in your life.

In one scenario, Mars square Pluto could describe simply having a lot of energy to get things done. You might be able to use it quite creatively to transform your immediate environment.

However, this aspect can just as easily represent power struggles, particularly with authority figures, or may signal getting tangled in loose ends you’ve been disregarding.

Even more, it carries a strong reminder that underhanded and ruthless actions can unravel and trip a person up down the line. We’re seeing echoes of this in the news currently, as the circumstances around Pres. Trump’s covert, bullying call to Ukrainian president Volodymyr Zelenskyy continue to come to light.

On a more personal level, you’ll want to check your motives under this astrology. Are you trying to people-please and fly under the radar to the point of being deceptive? Are you attempting to be fair and balanced without an agenda, or do you have one eye on what doing so could get for you? Are you actively making choices you’d hate for anyone to know about?

Mars square Pluto is not a sinister aspect; it’s simply one that calls for extra self-awareness and honesty. Having the Sun (ego, consciousness, expression), retrograde Mercury (mind, communication) and Pallas (strategy, politics) all in secretive Scorpio underscores this need.

Speaking of Pallas: this important asteroid leaves Scorpio for Sagittarius on Friday. When it does so, its tone shifts from one of an ‘asexual’ approach to sexual politics to something more like big-picture planning, the long-game (spiritually as well as politically), and perhaps a strangely rational form of optimism. Pallas enters Sagittarius at 5:16 am EST Nov. 8. 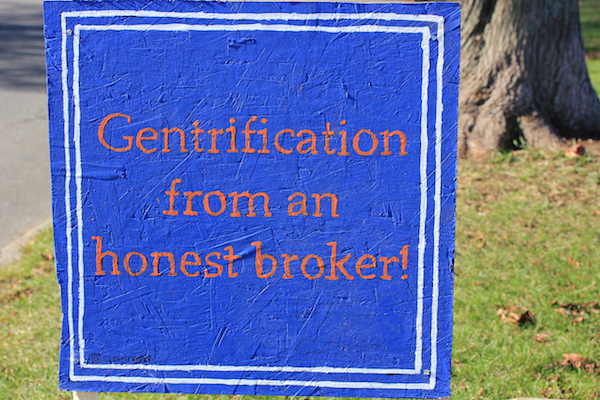 Amidst the usual political campaign signs, a series of hand-lettered signs by “aneirons” have sprung up in my town, pointing out various conflicts of interest. Photo by Amanda Painter.

If you need to bring a relationship of any kind into better balance, small moves are going to count for a lot — meaning, you don’t need to push.

This may be especially true if you’re feeling frustrated about things not feeling ‘equal’ with a partner (which could be a creative or professional partnership, not just the romantically/sexually intimate kind). You may find that modest words and actions get better results than you might have guessed, especially compared to past similar situations.

If you’re in the U.S., good luck adjusting to the change from Daylight Savings Time to Standard Time; it always takes me a while. Also: please vote. I know everyone has their eyes on the 2020 elections, but the municipal and state-level candidates and policies on your local ballot this Tuesday are where you can really have a measurable impact in your community.

No matter where you live: Mercury’s retrograde in Scorpio has only just begun. Measure twice (heck, measure thrice) and make sure your thumb’s out of the way before you cut. Take that as literally or metaphorically as you need to.