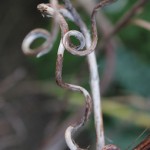 Today Venus in Capricorn squares Eris in Aries. Amanda Painter suggests that the question this aspect seems to be asking is, “How will you demonstrate, with tangible action, your core foundation of values in the face of the current turmoil we’re living through?” Mars and Jupiter play a supporting role.

You might be feeling a push to put your money where your mouth is, whether literally or figuratively — and I see an astrological correlation for that. I’ve been more aware than usual this week of people around me picking up the phone to make calls to state and local members of government and the White House, and to other bodies of authority. Friends seem to be committing to donating to causes with new urgency. 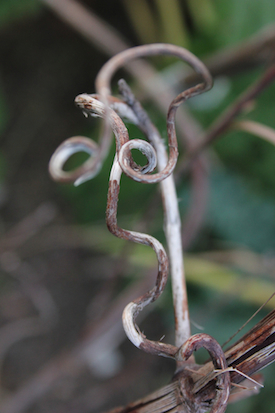 Both donating money and taking other action come down to values, and specific ways to demonstrate them: what is important to you, and how can you show that tangibly? While Mars is considered the ‘action planet’, Venus is the planet we look to regarding questions of values, as well as material objects of value (money being a stand-in for something more tangible like gold).

Venus is currently in Capricorn: one of the cardinal signs known for initiating seasons, and therefore symbolic of other forms of initiative. So that seems to be where the ‘taking action’ piece comes in, on one level. Capricorn also emphasizes the material or financial angle.

Yet the urge to express one’s values is being further pressed by Venus making a square to Eris in Aries, exact today at 3:08 am EST (8:08 UTC). (Uranus is still close to Eris; Venus was square Uranus on Tuesday; so really, Venus is effectively square Uranus and Eris.) What this brings into the equation is all the chaos, confusion and surprise of the election season — indeed, of the last year.

The question Venus square Eris seems to be asking is, “How will you demonstrate, with tangible action, your core foundation of values in the face of the current turmoil we’re living through?” Your answer will be unique to you, though it may overlap with how others choose to answer. You may even find yourself taking similar actions compared with others, yet in support of directly opposite values.

In any case, if you are feeling overwhelmed with wondering ‘what can I do?’ in the face of our current state of affairs, sitting and fretting is not the long-term answer. Taking some form of action is. Depending on your values that could include dedicating more time to prayer or meditation for the highest good, especially with the Sun and Mercury in Sagittarius.

Mars, the traditional ‘action planet’, is playing a supporting role over in Aquarius. From there, it is making an air-sign trine to Jupiter in Libra (ruled by Venus), exact Thursday at 10:46 pm EST (3:46 UTC Friday).

Mars-Jupiter trines tend to ease the way through optimism, sincerity, straightforwardness, and an emphasis on justice and responsibility. They support travel and physical movement, too. Should you be feeling pushed to ‘travel’ outside your comfort zone to act on your values, Mars-Jupiter may help — after all, both Aquarius and Libra emphasize interpersonal relating (one-on-one and with groups).

A final note about Mercury: Friday at 4:18 pm EST (21:18 UTC), it enters Capricorn. Mercury in Capricorn tends to indicate good concentration and memory, attention to detail, and a more down-to-earth mentality.

That kind of mental landscape or tone is mighty useful as we head into the thick of holiday social demands and shopping. Yet there’s a catch: overnight from Thursday into Friday, while in late Sagittarius, Mercury will enter its pre-retrograde ‘shadow’ or ‘echo’ phase, in preparation for stationing retrograde on Dec. 19.

On one level, this is a reminder to begin noticing particular ideas, issues and themes that emerge for you between now and Dec. 19, because you will likely revisit them during the retrograde proper. On another level, this serves as a reminder to start making lists and checking them twice for more than just gift buying. It might be wise to try and finish your holiday shopping by mid-December. Whether that’s possible or not, keep your receipts, just in case.

The final month of the year often feels accelerated, despite how these shorter Northern Hemisphere days urge us to slow down, quiet down and listen within. If you’re feeling frenzied or despondent and not sure what to do, those three simple steps may very well point you in the direction your values would have you go.

Get hold of the 2017 Planet Waves Annual, The Book of Your Life, by Dec. 1 for our special pre-order price. Read more here or go straight to the purchase page.

2 thoughts on “Making Values Count in the Face of Chaos”