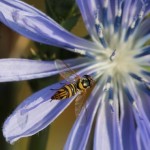 This week culminates in a Venus-Mars conjunction in Virgo, with a message about integrating your inner feminine/masculine, receptive/active, yin/yang sides.

This week’s astrology is marked by successive objects moving from Leo to Virgo — culminating in the Venus-Mars conjunction in early Virgo on Saturday. The overarching message appears to be one of integration: of your inner feminine and masculine, your receptive and active sides, your yin and yang tendencies. It’s not always clear how to do this, and seems to be getting more confusing for some people in today’s world, yet is clearly crucial. 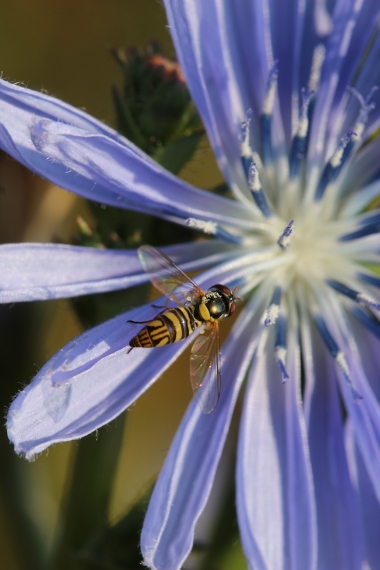 Pollinator on a wild chicory blossom; photo by Amanda Painter.

But first, let’s get oriented.

On Friday, the Sun makes the same move, at 6:02 am EDT (10:01:52 UTC). This marks the beginning of the last phase of the current season (summer in the Northern Hemisphere, winter in the Southern Hemisphere), as we head toward the equinox in one month.

About four-and-a-half hours after the Sun enters Virgo on Friday, the Moon enters Gemini. And a little more than 20 minutes after that, the Gemini Moon squares the Virgo Sun for the last quarter Moon.

Late Friday night, the asteroid Juno also enters Virgo. Then on Saturday, Venus and Mars meet for their conjunction — which is exact at 1:04 pm EDT (17:04:25 UTC). Virgo is often described as a sign related to activities like service and teaching; astrologers frequently mention the healing and helping profession of nursing as stereotypical for people with strong Virgo signatures.

Coming at the end of Northern Hemisphere summer, this sign also relates to the harvest and to other forms of ‘gathering in’ that tend to occur this time of year.

It is an earth sign, yet is ruled by Mercury. So it often represents a tangible form of analysis and organizing, or manifests in thoroughly working with details. Isabel Hickey writes of Virgo that its symbol — “the Virgin, holding a sheaf of wheat” — indicates “the gathering in of material needs, just as the Virgo people collect, digest and correlate facts for their mental values.” 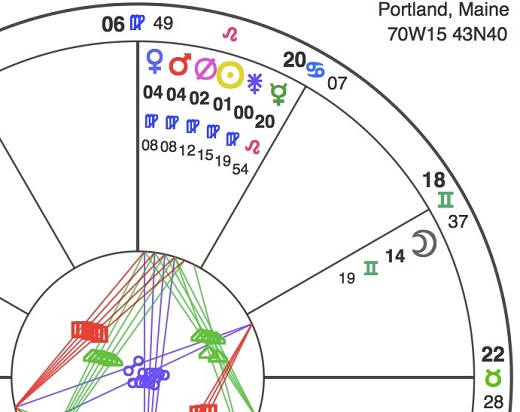 Now, can you list or describe ways that you’ve been able to embody and personify some of those qualities you often see in others but have difficulty locating in yourself? Chances are you can come up with some examples, even if you consider them ‘minor’.

Even if you can’t, you’ll still have a rough blueprint for where and how you tend to project certain qualities onto those close to you; and with that, you can begin a process of healing as needed, or of consciously stretching yourself into that seemingly ‘missing’ polarity.

(Under the current astrology, that ‘otherness’ is represented by the opposite sex, but your personal gender orientation might suggest framing it a little differently — yet it still comes down to a question of integration rather than projection.)

This is the kind of process that can benefit from someone like a therapist or astrologer, for some dialoging and space-holding as you sort through things and figure out ways to draw out your less developed facets. Ultimately, however, the work is internal: it’s about your view of and relationship to yourself, as a whole yet multi-faceted being. This Venus-Mars conjunction in Virgo is an opportunity to practice not projecting so much ‘otherness’ on the opposite sex — something that seems to have reached a fever pitch in certain cultural conversations.

As Eric pointed out to me in conversation, this internal integration work also stands in contrast to the activity of Saturn and Pluto, which are slowly moving toward their conjunction in Capricorn.

The environmental events reflecting Saturn-Pluto continually appear to tell us the world is falling apart around our ears — and that the people with the power to stop it are the ones perpetrating the dysfunction and destruction. But are they really the only ones with that power? 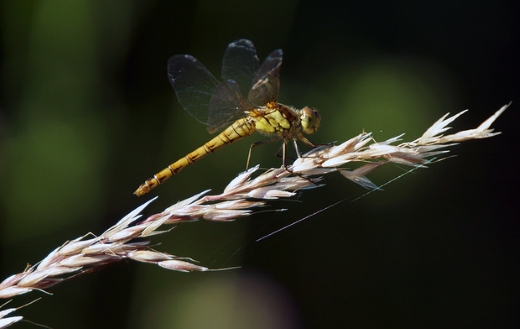 Eric also suggested that this Capricorn activity is about unresolved mommy and daddy issues that have society in a quagmire and unable to confront the political system, our dysfunctional relationships, and so on.

If that’s the case — and it seems likely — then we have another layer of integration we can (and need to) work with: that of healing the psychological wounds and biases we have around our parents, and which prevent us from taking full responsibility for and authority in our own lives. These issues may also fall somewhat along the lines of the Venus-Mars polarity.

Taking responsibility and authority is a way of “acting as if to hold the world together” — one way of describing dharma, or the path of the soul’s purpose. In terms of this week’s astrology, you might consider the phrase, “As within, so without” — part of the longer maxim by Hermes Trismegistus, “As above, so below, as within, so without, as the universe, so the soul.”

The saying gets used so much as to be almost cliché, yet it is clearly relevant. When we work for healing and wholeness within ourselves, we cannot help but model healing and wholeness to those around us, helping to foster it by example. With Capricorn trine Virgo, there’s real potential for that harmony and integration to have a tangible translation outward into the world.

2 thoughts on “Let’s Meet (Ourselves) in Virgo”