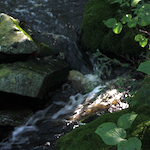 Although the astrology has been relatively quiet this first week following the eclipse season, Amanda Painter has noticed things still feeling unsettled. Some of that may relate to Mercury and Mars still retrograde but nearing their respective direct stations (Mercury stations on Sunday), along with a post-eclipse integration period.

Although the astrology has been relatively quiet this first week following the eclipse season, I’ve definitely noticed a sense of things still feeling unsettled. Some of that may relate to Mercury and Mars still retrograde but nearing their respective direct stations. Some of it could be due to the fact that no matter how pivotal events like eclipses can be, we still have to figure out how to integrate them into the unbroken continuum of our daily lives — and of social contexts with much longer arcs. 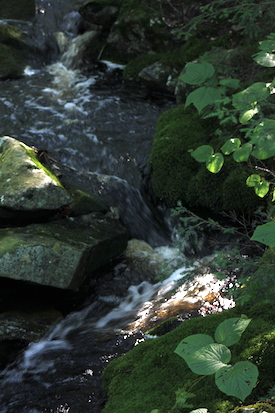 Both planets are slow right now, which according to astrological tradition, means they’re more powerful. This does not mean that they ‘make you do things’, but more that their significance is heightened. Slow, powerful, stormy Mercury may churn something up so that it comes more clearly to your attention; determined-but-frustrated stormy Mars could be asking you to understand your motivation and desires with absolute clarity before you charge ahead with them.

Inner planets stationing direct — along with events like eclipses — are often key times to notice themes in world events. Even if you’re not sure there’s a strong thematic link, it can be worthwhile to notice what grabs your attention and the headlines. I must confess, last week I just could not bring myself to deal with the news, despite that kind of contextualization being a hallmark of Planet Waves astrology writing. But as this week has progressed, a few particular stories have caught my eye.

Given how much news coverage is about disasters, it’s no surprise that many of the items I noticed are not uplifting — though there are a couple. Take, for example, reports on Wednesday that the last of Puerto Rico’s homes have had electricity restored.

Why the return of electricity to this small area took nearly an entire year — Hurricanes Irma and Maria struck in September 2017 — could take an entire essay. Also, one has to wonder if the restoration would still be ongoing if so many Puerto Rican residents had not relocated to the U.S. mainland in the aftermath. As it is, NPR and CNN report that residents in El Yunque National Forest in the island’s northeast are still awaiting electricity, “because of a back-and-forth with the U.S. Forest Service and PREPA” (Puerto Rico Electric Power Authority). The irony of this timing, which comes just as the Caribbean’s annual hurricane season is gearing up, is not lost on those who live there.

Then there’s the gut-punch of the week: more than 300 priests in Pennsylvania are accused of sexually abusing more than 1,000 kids over 70 years, according to a newly released report. Sadly, this one shouldn’t actually surprise anyone who’s been paying attention, horrific as it is. However, it is interestingly reflective of the chart for Mercury stationing direct this week (which I’ll get into in a moment): the truth coming out; the importance of remembering; and the hard work it can take to see past propaganda (in this case, religious) and embark on the steep learning curve to long-term healing.

In gender-related news: The New York Times wrote this week about a “MeToo” flip-flop: a female (and lesbian) New York University professor has been found responsible by the university for years of sexually harassing a former male grad student (who is gay) while he worked with her on his degree — and many of her feminist colleagues have come to her defense. Is that a reflection of her innocence, or of an unwillingness to see a woman as a perpetrator?

On another end of the gender-news spectrum, Christine Hallquist, a Democrat, has made history in becoming the first openly transgender candidate to be nominated for a governorship by a major party. She’ll be running for governor of Vermont this fall, though she’ll be battling a popular Republican incumbent.

Yet it’s a couple of unfortunate stories from Seattle that really stand out to me. On Aug. 10, 29-year-old Richard Russell, a Horizon Air ground crew employee, commandeered an empty turboprop passenger plane at Seattle’s main airport. Despite his lack of pilot’s license, he flew the plane in dramatic loops, while in communication with air traffic control, before crashing it into a nearby island.

You can read more about this story here; mainly I mention it because it seems to be an extreme illustration of the ‘disembodied’ state Eric has mentioned many times in relation to the effect of the internet. Undoubtedly Russell had a few things going on that led to his actions, and I don’t know all of what they are (for example, his mental health); but it appears that he learned to fly from video-game flight simulators. I feel like there’s something here relating to Mars retrograde in Aquarius (along with the pressure of eclipses, and perhaps of his Saturn return); if anyone reading has time to check on the position of the asteroid Icarus for the time of his takeoff or crash, I’d be curious.

Finally, there’s the story of Tahlequah, the female orca who carried her dead calf around Puget Sound north of Seattle for 17 days. The calf was born July 24 (two days before the Aquarius Full Moon and eclipse) and Tahlequah kept it afloat until Aug. 11, the day of the Leo New Moon and eclipse.

Although marine mammals are known to show grief when their calves die, and although no calves born to the Southern Resident orca group have lived in the last three years, Tahlequah’s response was unique for its duration. For many, it is serving as a wakeup call (such as in this poem) to the plight of these orcas, to marine mammals in general, and to the responsibility we humans must shoulder in the face of global warming and the other forms of environmental degradation we contribute to. Others have felt solidarity and empathy for Tahlequah’s grief.

For nearly everyone who encountered her unfolding story, it was profoundly affecting. These are the things to notice, even though the very internet that brings them to us can just as easily and immediately distract us from them, and then bury them before we’ve had a chance to register and name what it means for us.

When Mercury shifts to regular apparent forward motion, it’s in an interesting T-square, using only objects with a 1-2 degree orb. First, Mercury is in a conjunction with the asteroid Memoria, which seems an obvious reminder to remember what you’ve learned during retrograde.

As mentioned above, it can take a lot of work and perseverance to push through a steep learning curve toward healing and illumination; often remembering what you’ve learned through difficult times makes the difference between those lessons being fertile and just being frustrating. And with Aquarius as the ‘empty’ leg of the square, we get a reminder that it’s up to us to break up old patterns, make new ones, and to enlist the assistance of our close social networks. As life coach Barbara Sher likes to say, “Isolation is the dream killer.” We need accountability to make lasting changes; buddies are often essential to face our fears to do what we love.

It’s also worth noting that Mercury is in a harmonious sextile to Venus in Libra, and that Jupiter in Scorpio is in a harmonious trine to Neptune in Pisces. That would seem to add up to some great energy for verbalizing feelings, using your intuition, and letting your idealism and spirit move you to do some good for others.

As long as you take your usual Mercury station precautions over the next few days regarding your digital devices (back them up, plug them in), your car (check your gas gauge, be patient), your attention span (notice when it lapses), and your communications (double-check before you click ‘send’, call when in doubt), you should be good to go. Just don’t expect to go terribly fast.

2 thoughts on “Integration and a Mercury Station”