The Sun has ingressed Gemini, Mercury is direct (or soon to be), and the Sun is making a conjunction to Vesta, my favorite asteroid. In this week’s Planet Waves TV, I describe Vesta’s role as keeper of the hearth and the idea of the organization of space, both mental and physical.

The Sun has ingressed Gemini, Mercury is direct, and the Sun is making a conjunction to Vesta, my favorite asteroid. In this week’s Planet Waves TV, I describe Vesta’s role as keeper of the hearth and the idea of the organization of space, both mental and physical.

At Home in Your Own Mind

During the past three days, the Sun changed signs to Gemini, the Moon reached full phase from Sagittarius and Mercury stationed direct in Taurus. 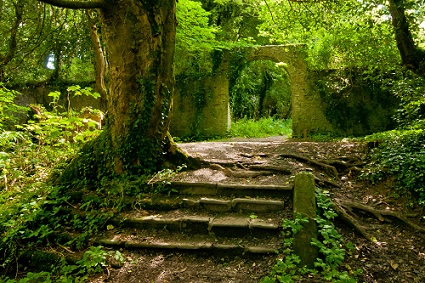 All of that is likely to feel supportive. Even something so simple as the Sun changing signs can have a sense of relief and reset.

The Full Moon can release a feeling of nervous tension (though sleeping well may still take a little extra focus for the next few nights).

Mercury stationing direct can release some pressure and help things become unstuck, and is a cue to resume or implement certain plans you’ve been developing or delaying. That said, take it slow this week. Build momentum carefully and consciously, adding one ingredient or one project at a time.

Note that each of these involves Gemini: the first of two Full Moons with the Sun in Gemini, and Mercury (associated with both Gem and Virgo) making a helpful move. Gemini is a sign strongly associated with the mind, with ideas and with communications.

In the background of all this, the asteroid Vesta entered Gemini. Vesta is the representative of the hearth fire, of devotion, of service and of young women. It’s the slowest-moving factor of everything I’ve mentioned so far; it will remain in Gemini for about two months, until July 25.

Vesta represents some beautiful, helpful ideas. Consistency and devotion are things the world could use a lot more of lately, especially with communicating. We tend to have scattered minds, as a result of many scattered channels of thought. Vesta is saying draw all of that into a circle, and concentrate on a few tangible ideas while you’re doing everything else.

In a word, focus. In a phrase, focus and devote yourself to what you’re thinking. We also live in a culture that obsesses over the images of young women. You might take a moment or two to listen to what young women are thinking and saying, and if you consider yourself one, to be bolder than you might ordinarily be and speak up. Get the attention of the people around you and engage others in a real dialog: taking turns speaking and listening.

7 thoughts on “Gemini and the Mysteries of Vesta”