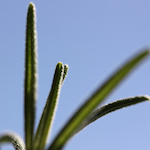 We have one more era-defining planetary sign change this year: Uranus entering Taurus on March 6. So many things seem to be teetering on an edge or hanging by a thread; as Amanda Painter describes, Venus making contact with Pluto and Eris this week may indicate personal-level echoes of recent society-wide events.

Now that Chiron is in Aries, we have one more era-defining planetary sign change left this year: Uranus entering Taurus on March 6, just under two weeks from today. There seems to be a general sense of vacillating or vibrating pressure in the air. Maybe it’s just me, but I get the feeling a lot of the social and political surprises that make the nightly news — the way so many things seem to be teetering on an edge or hanging by a thread — have small-scale, personal-level echoes or complementary events. 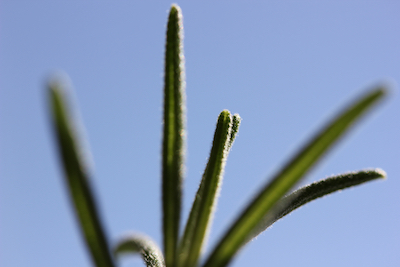 Obviously that’s for you to decide for yourself. Yet this week, we do have a ‘personal planet’ — Venus — moving into an outer-planet aspect pattern.

It’s those outer-planet configurations that tend to reflect the larger social currents and upheavals we’ve been experiencing. Then planets like Venus, Mars and the Sun sweep through to involve us more directly or internally. Venus will not be coming into contact with Uranus, but it is entering the square between Pluto in Capricorn and Eris in Aries.

Pluto, Eris and Uranus are the three planets that perhaps most signify the last ten years: first through the Uranus-Pluto square, then through the Uranus-Eris conjunction. So those bells of upheaval, revolution, the need to change and media-induced identity chaos are all getting rung by Venus — by the planet that represents the feminine, our relationships, and the ability to receive others’ gifts (whether those be love, empathy, compassion or something more material).

Although Venus conjoins Pluto tomorrow in Capricorn and then squares Eris in Aries on Saturday, it’s really all one event. And it seems to be asking some rather interesting questions.

For one thing, Pluto is often associated with subconscious drives and desires; Eris can relate to subversive actions (perhaps especially those designed to get attention indirectly). That “sub” prefix is important, referring as it does to things that are below or under — below consciousness, below a certain threshold of importance, under another’s power, under an outside influence — even what goes on below the proverbial belt. The list could go on.

So right there, we have a reminder to stay (or become for the first time) especially aware of things like unconscious desires and drives and needs — especially in emotional or sexual situations, or instances where you may feel compelled to repress or hide your true emotions. Venus-Pluto conjunctions can represent a need to seek out intense experiences of love/infatuation or sex — whether within an established relationship or something new. In and of itself that is neither good nor bad.

The thing to be careful about is using possessiveness, jealousy or the aforementioned unconscious drives to control or manipulate a partner. It’s a tactic that might be easier to fall into with Eris urging action, but one unlikely to offer the desired results (especially in the long run). We all know from being kids that one way to get attention is to act up: to create a stir, whether in full view or behind the scenes. It feels like power — but it’s the kind of power that generates an energy of reaction to or against what caused it.

Donald Trump might be a poster child for this, but the tactic is far from unique to him; he just has a massively bigger audience. Unfortunately he makes it easy to project our own tendencies to do the same onto him, rather than to claim them. But claim them we must if we’re to be part of the solutions so dearly needed by this world.

No matter how much attention an instigator gets, it’s still not actually the same as inclusion; it’s not the same as using one’s innate power and talents to construct and create with others. With Venus in Capricorn, there can be a desire to be sure loved ones are cared for, especially in practical (if not effusive) ways. You might think of this square as a challenge, then: to remember that you are far more than just the degree of attention and energy you can provoke from others. Rather, you can measure yourself by your willingness to put your heart into building something solid with others that you both benefit from. Chances are, that means connecting offline in the 3D world.

Interestingly, the Libra Moon will make direct contact with Venus and Pluto just as they are exactly conjunct tomorrow, which should help to lighten the emotional tone some. Libra Moons can enhance diplomacy — which is great for situations that require it.

In cases where you may be inclined to avoid confrontation simply because it’s uncomfortable or you fear losing approval, however, it’s good to stay aware of how that could lead into one of those less helpful “sub” words mentioned earlier. Even so, there’s always room for greater kindness and beauty in this world if it can be shared honestly — meaning, from your heart.

Note also that Mercury in Pisces squares Jupiter in Sagittarius tomorrow, connecting the two signs traditionally ruled by Jupiter. This aspect says to think in terms of the big picture and ideal scenarios. With one catch: it will take some disciplined effort on your part to check the details, rather than ignoring anything that’s inconvenient. A Sun-Pholus sextile appears to offer an opportunity to get a little traction with a creative project or your overall vision for your life. It might not take much action to set things in motion, but you will have to be intentional about actually doing it.

All of that said, it remains to be seen what surprises are in store for us March 6 when Uranus enters the Venus-ruled sign Taurus. Same for what hiccups could come to light as Mercury stations retrograde in Pisces the day before. It’s all the more reason to be as above-board as possible now and in the coming weeks; we have much work to do even without the unexpected. Yet the unexpected might be the only thing we can ever count on.

4 thoughts on “Echoes of Uranus: Venus Meets Pluto and Eris”