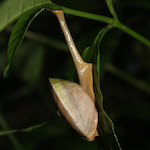 Friday’s ingress of the Sun into Aries is no ordinary equinox. A total solar eclipse is ushering the Sun into its new sign. Pallas and Pholus, conjunct the Galactic Center in Sagittarius and squaring the New Moon, suggest you dream big — but do so with a strategy.

No matter what the weatherman may be saying where you live, we’re on the verge of a new season: the Sun ingresses Aries Friday, heralding spring in the Northern Hemisphere (and autumn in the Southern Hemisphere). But this is no ordinary equinox, with its equal day and night; an eclipse is ushering the Sun into its new sign. The astrology right now is suggesting you dream big — but do so with a strategy. 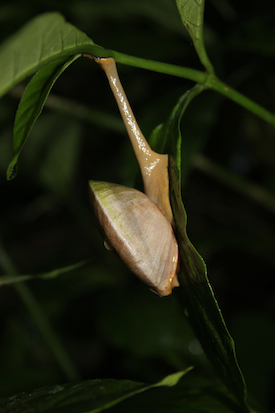 About 13 hours before the Sun enters Aries at 6:45 pm EDT (22:45 UTC), we have a New Moon at 5:36 am EDT (9:36 UTC) in Pisces. That’s a conjunction of the Sun and Moon in the last degree of the last sign of the zodiac. It also happens to be a total solar eclipse (not visible here, sadly, but still big news astrologically).

There is much I could write about this rather amazing astrological event. So I’m going to home in on just one facet of it, and leave some of the other avenues of discussion to my colleagues.

Squaring the Pisces New Moon and eclipse are a pair of minor planets in late Sagittarius: asteroid Pallas and centaur object Pholus. These two planets are, in turn, conjunct the center of our galaxy.

The message of the Galactic Center is about “the big picture.” You can think of it as that sensation you get when you know something is important or has meaning, but can’t quite put your finger on it, or can’t pull back far enough to see it all with any perspective. You just know it matters, in some truly deep or elevated way.

A New Moon in Pisces is already about visualizing a new start; square the Galactic Center, you might feel a push to make your vision count on a big-picture scale. Yet you can’t just leave it to happenstance that you’ll be able to manifest what you visualize in life.

For one, you need to take actual action (this, by the way, is the domain of the Sun once it moves into Aries). Striking out willy-nilly only gets you so far, though, even if you’re lucky. You need a strategy if you’re truly serious about bringing your vision into reality. Pallas takes that ability to plan out the steps to a level beyond a simple “to do” list.

Pholus in the picture sends a dual message. In one incarnation, Pholus could give real legs to whatever you set in motion with this eclipse, in a good way; it carries as one of its key phrases “small cause, big effect.” But Pholus is a centaur planet, and centaurs have to do with the past; specifically, bringing past patterns to your awareness. Square Friday’s eclipse, Pholus suggests you look around (that is, within) for something that has been going on for a while. It might be something you’re ready to release to make space for your big dreams and accompanying strategy.

Or as Eric mentioned to me, it could mean that, “You may be doing something your grandma could not do.” Not everyone in your family tree has necessarily felt like the world was their oyster, much less one they were empowered to co-create.

The shadow side of Pallas and Pholus on the Galactic Center square this eclipse is that without a strategy (Pallas), things could go out of control (Pholus) even if well intentioned. We’re in an astrological window with an amazing amount of potential energy, including ancestral energy; you could harness that. But it will take a conscious plan to do so.

Bear in mind that harnessing this energy is not a one-shot deal on Friday. Eclipses come in pairs (sometimes trios), and the accompanying lunar eclipse in this pair is April 4. The two-week window between eclipses can have a special space-out-of-time quality; the astrology is inviting you to get started now using this window as consciously as you can.

No “should” or “I ought to” or “why can’t I” necessary; Pisces is about feeling your way and Aries is about making your way. Tune into the first, and you may very well find the second easier than expected. Begin with what you love.

16 thoughts on “Dream Big With a Strategy: The Equinox Eclipse”