“Every Time I Think About Those Kids It Gets Me Mad”: Obama Tears Up as He Orders New Gun Control. We are honored to offer this broadcast as part of our affiliation with the Pacifica Network. 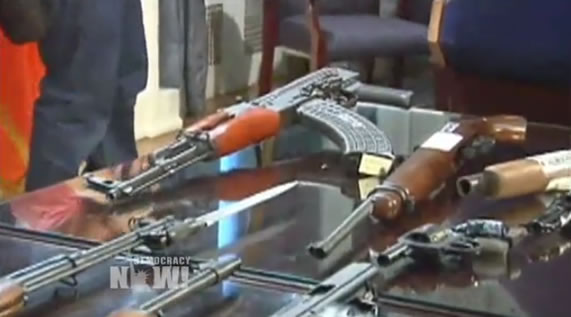 President Obama has laid out his plans to take executive action in an attempt to cut gun violence. Part of his plan will result in mandatory background checks for individuals purchasing firearms online or at gun shows. The administration is also calling for the hiring of 200 new federal agents to enforce the nation’s gun laws and $500 million to increase access to mental healthcare. On Tuesday, Obama spoke at the White House surrounded by family members of people killed in shootings. It was one of the most emotional speeches of Obama’s presidency—at times he wiped back tears as he remembered children killed by gun violence.