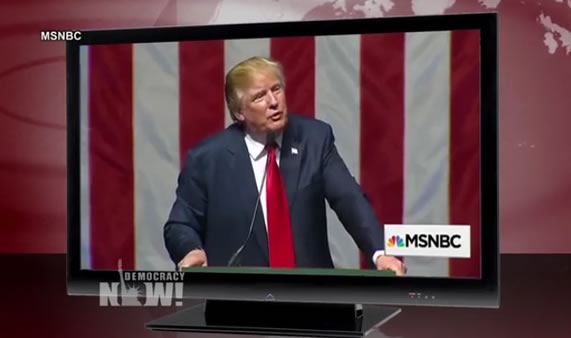 In her new book, Dark Money: The Hidden History of the Billionaires Behind the Rise of the Radical Right, reporter Jane Mayer explores how the Koch brothers and fellow right-wing billionaires have funded a political machine aimed at shaping elections and public policy. The book contains a number of revelations and new details. Mayer begins with revealing that the Kochs’ father, industrialist Fred Koch, helped build an oil refinery in Nazi Germany — a project approved personally by Adolf Hitler. The refinery was critical to the Nazi war effort, fueling German warplanes. Amy Goodman interviews Mayer on today’s show.