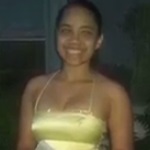 Trigger Warning: domestic violence
A young girl who shot dead her abusive father now may face life in prison, sparking national outcry over the treatment of domestic violence survivors. On July 28, 14-year-old Bresha Meadows allegedly killed her father, Jonathan Meadows, with a bullet to his head as he slept. 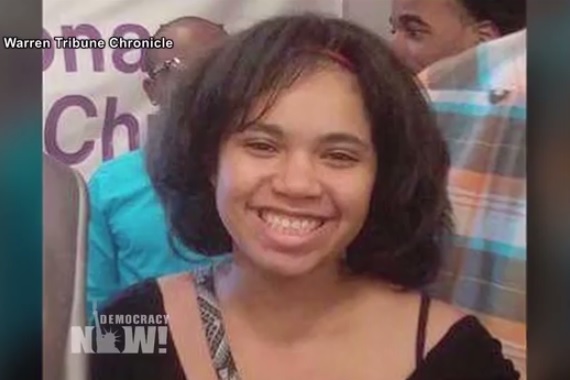 A young girl who shot dead her abusive father now may face life in prison, sparking national outcry over the treatment of domestic violence survivors. On July 28, 14-year-old Bresha Meadows allegedly killed her father, Jonathan Meadows, with a bullet to his head as he slept. Only two months earlier, Bresha had run away from home, telling relatives that she was scared for her life ”because her father was beating her mother and threatening to kill the whole family.”

Bresha’s father reportedly made life for his family a living hell, routinely attacking his wife—Bresha’s mother—breaking her ribs, puncturing her blood vessels, blackening her eyes and slashing her body. Jonathan Meadows’ siblings have denied allegations of domestic violence. His brother told Fox 8 News, “This has nothing to do with abuse,” and his sister Lena Cooper called his death “cold and calculated.” For more, freelance journalist Victoria Law, whose recent article for Rewire is “What Bresha Meadows, Arrested for Shooting Her Father After Reported Abuse, Faces Next,” Bresha Meadows’s aunt, Martina Latessa, and Bresha’s lawyer Ian Friedman, join the show.

You can find more information on how to #freebresha at the Free Bresha campaign blog here.

In Florida, State Attorney Angela Corey has been defeated in her re-election bid. Corey had faced widespread criticism for her handling of several prominent cases, including the killing of African-American teenager Trayvon Martin by white neighborhood watch vigilante George Zimmerman and the case of Marissa Alexander, who was sentenced to 20 years in prison for firing what she maintains was a warning shot at her abusive husband.

Republican Senators John McCain of Arizona and Marco Rubio of Florida won closely watched primaries after being challenged by a pair of Republicans who had embraced Donald Trump. McCain beat Kelli Ward, a doctor and former state senator. Rubio defeated millionaire developer Carlos Beruff. Rubio will now face Democrat Patrick Murphy in November in what is expected to be one of the most expensive Senate races this year.

Pulitzer Prize-winning journalist Glenn Greenwald looks at the foreign policies of Hillary Clinton and Donald Trump. “You have President Obama, who himself has been very militaristic—he has bombed seven predominantly Muslim countries in the last seven years—and yet Secretary Clinton’s critique of his foreign policy is, in every case, that he’s not aggressive enough, he’s not militaristic enough,” Greenwald said. “And in Syria, in particular, they seem to really be itching to involve the U.S. a lot more directly and a lot more aggressively in that conflict.”

Greenwald says Democrats have adopted a “Cold War McCarthyite kind of rhetoric” by accusing many its critics of having ties to Russia. “It’s sort of this constant rhetorical tactic to try and insinuate that anyone opposing the Clintons are somehow Russian agents, when it’s the Clintons who actually have a lot of ties to Russia, as well,” Greenwald said. “I mean, the Clinton Foundation and Bill Clinton helped Russian companies take over uranium industries in various parts of the world. He received lots of Russian money for speeches.”