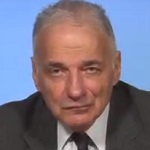 Today West Virginians are going to the polls, and a Sanders win is predicted despite Hillary Clinton’s impressive performance there in 2008. Amy Goodman interviews Ralph Nader on the Democratic presidential campaign and the need for progressive voices in politics. 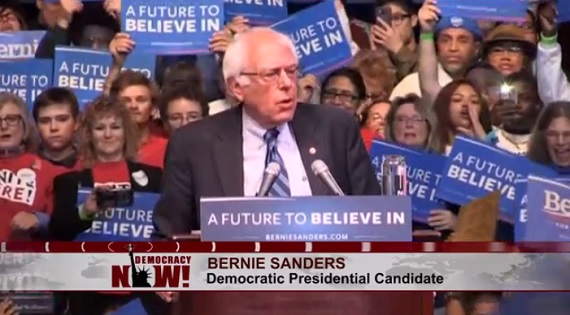 Today West Virginians are going to the polls, and a Sanders win is predicted despite Hillary Clinton’s impressive performance there in 2008. Amy Goodman interviews Ralph Nader on the Democratic presidential campaign and the need for progressive voices in politics. Here is part of what Nader had to say:

So, Bernie Sanders has got to—if he doesn’t make the nomination, he has got to lead a civic mobilization, that could be directed against Trump, but directed against all politicians, based on his broader agenda. And I suggest that he have a huge rally on the Mall in Washington sometimes in the early fall, and then break it down to regional rallies all over the country, in order, number one, not to disappoint and disillusion millions of his followers, and, second, to make a declaration that elections in our country should not be off-limits to democracy—or democracy, civil society—because when they are, elections become, as they have been, very vulnerable to commercialism, to politicians selling themselves to super PACs, and to the mass commercial media making a bundle of money on outrageously outspoken candidates like Donald Trump, who get ratings for Fox and CNN and others, and they’ve turned it into a profit center. So it’s like an industry separated from the democratic society.

And to give you an example, Amy, of what happens when we allow this to occur, we are assembling the largest gathering of accomplished citizen advocacy groups over the largest number of reforms and redirections in our country ever brought together in American history. And that is on May 23rd, 24th, 25th and 26th of this year at Constitution Hall in Washington, D.C. And it will be streamed all over the country. These are many people who appeared on Democracy Now! It’s almost like an alumni reunion, Amy. And these are the people who make America great. These are the people who advance health, safety, economic well-being, democratic procedures, push for cleaner elections, mobilize labor and small taxpayers, and try to rebuild public works and have a better healthcare system and a better set of voices. And they’re completely excluded. They’re excluded from the election coverage. They’re excluded from the candidates, except for Bernie Sanders.

Nader suggested that the news media are giving the Drumpf a “free ride.”

Also today, Glenn Greenwald reports on the situation in Brazil, where the Senate is forging ahead with impeachment proceedings against President Dilma Rousseff: “To sit here and witness the utter dismantling of a democracy, which is exactly what is taking place, by the richest and most powerful people in the society, using their media organs that masquerade as journalistic outlets, but are which in fact propaganda channels for a tiny number of extremely rich families, almost all of whom supported that coup and then the military dictatorship, is really disturbing and frightening to see.”