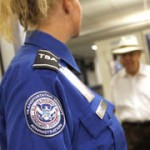 A Boston Globe investigation has revealed the existence of a domestic surveillance program run by the Transportation Security Administration, or TSA, which has been shadowing U.S. citizens on planes and in airports.

“Quiet Skies”? Boston Globe Exposé Reveals TSA Is Secretly Surveilling Thousands of U.S. Travelers
A Boston Globe investigation has revealed the existence of a domestic surveillance program run by the Transportation Security Administration, or TSA, which has been shadowing U.S. citizens on planes and in airports since 2012. Under the program, called “Quiet Skies,” federal air marshals collect information about U.S. travelers, including common behavior like using the bathroom repeatedly, sleeping on flights or sweating heavily. In the wake of the Globe investigation, TSA officials have bowed to pressure from Congress and plan to meet with the House and Senate Homeland Security Committees.

Remembering Ron Dellums: The Radical Congressmember Who Fought Against War, Apartheid & Poverty
Legendary anti-war activist, former Oakland mayor and longtime Democratic congressmember Ron Dellums of Oakland, California, died on Monday at the age of 82. A self-described socialist and radical, Dellums served in the House for 27 years, leading the congressional opposition to the Vietnam War and apartheid in South Africa. His activism landed him on President Richard Nixon’s enemies list. Ron Dellums opposed bloated military spending throughout his career, instead pushing for increased investment in housing, healthcare and education. We remember Ron Dellums by airing part of a 2015 Democracy Now! interview with the famed congressmember.

Ron Dellums (1935-2018): Organizing for Peace Forces Us to Challenge All Forms of Injustice
Ron Dellums, the legendary politician and anti-war activist who fought against U.S. intervention around the globe, apartheid in South Africa and the Vietnam War, has died at the age of 82. During his nearly three decades in Congress, Dellums opposed every major U.S. military intervention except a bill in 1992 to send troops to Somalia. This legacy began when Dellums pushed for the House to conduct a probe into U.S. war crimes committed in Vietnam shortly after taking office in 1970. When this effort failed, Dellums held his own ad hoc war crimes hearings. The celebrated congressmember once said, “I am not going to back away from being called a radical. If being an advocate of peace, justice, and humanity toward all human beings is radical, then I’m glad to be called a radical.” This segment airs Dellums’ 2015 speech at the “Vietnam: The Power of Protest” conference in Washington, D.C., where he was introduced by Democracy Now! co-host Juan González.